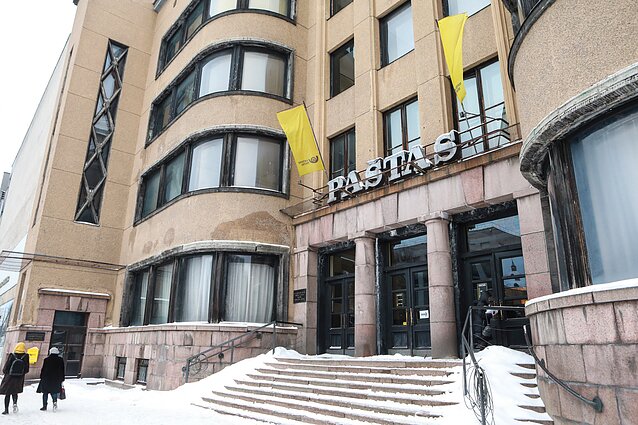 Over a hundred people in Kaunas protested the planned sale of the city's central post office building on Monday. The iconic 1930s building should remain in public ownership, the protesters insisted, while the state-owned Post of Lithuania says it has no use for it nor resources to maintain the listed structure.

“Our goal is to keep the Kaunas Central Post Office as a public space accessible to everyone,” said one of the protesters Raimonda Regelskienė, an employee of the post.

She said the workers of Kaunas Central Post Office also resented the decision to move them to different premises.

The protest rally was attended by several trade unions, political movements and Kaunas citizens, holding banners “The Post office belongs to everyone”, “Hands off communal property” or “We won't be optimised”.

The Post of Lithuania (Lietuvos paštas) is planning to sell off the central post office buildings in Vilnius, Kaunas and Klaipėda in December. All three are protected as pieces of architectural heritage. 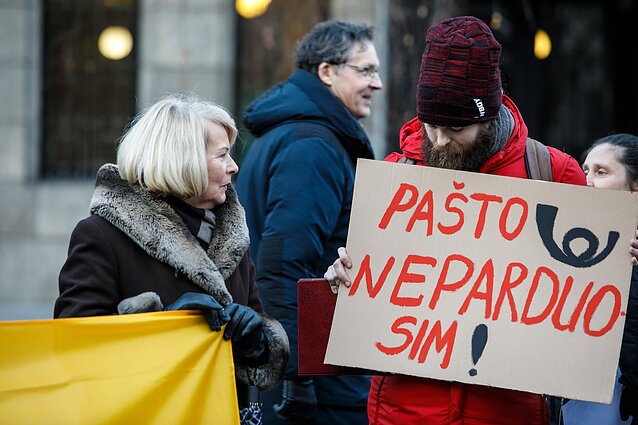 “We believe that the mayor should convey the will of the city's people and urge the government to stop the auction,” said Jurgis Valiukevičius, representing the May 1 Trade Union. “If the Post [of Lithuania] cannot afford to keep the building, we believe that the city should take over the property and adapt it to citizen's cultural or social needs.”

Vaida Budrienė, the head of the Corporate Affairs Department at the Post of Lithuania, told reporters that the company could not afford to repair and maintain the building.

“Unfortunately, the Ministry of Culture, the municipality and the government refused to take over the building and we received all the letters saying that we could sell the building,” she said. 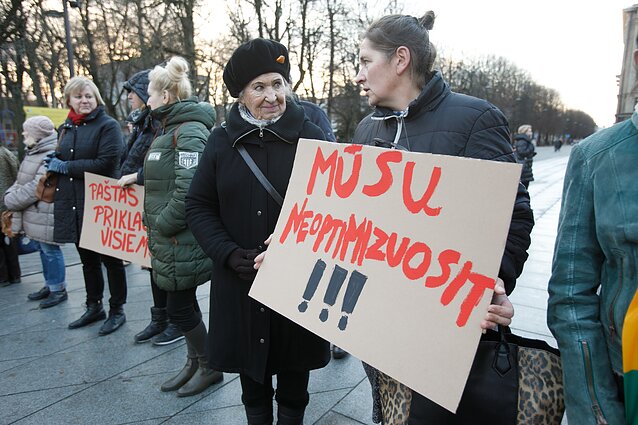 After the event, the Post of Lithuania and its United Office of Trade Unions circulated a statement, saying that they were not involved in organising the protest and that only “individual employees of the company took part in the event, as is their civil right”.

At the moment, the building of Kaunas Central Post Office is put up for auction with the starting price set at 3.3 million. Budrienė did not say whether any potential buyers had expressed interest in the property. 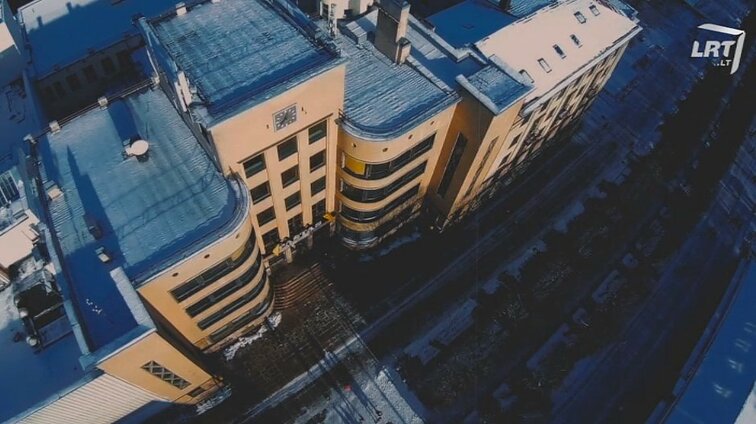 Kaunas Mayor Visvaldas Matijošaitis had previously told BNS that the building required massive investment and the city was not considering buying it.

Kaunas Central Post Office, designed by Feliksas Vizbaras and constructed between 1930 and 1932, is considered one of the best examples of interwar modernist architecture in the country. 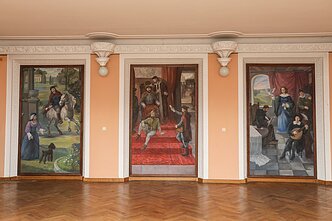 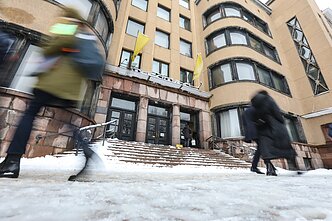 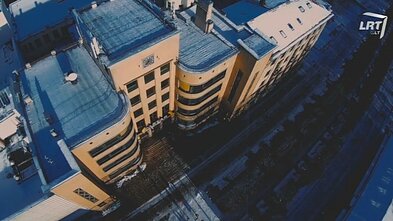 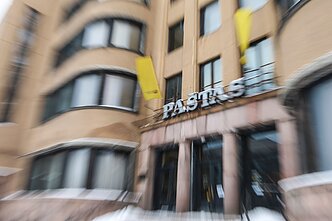 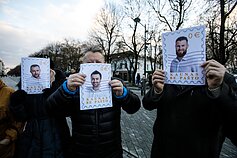 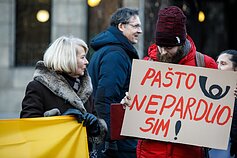 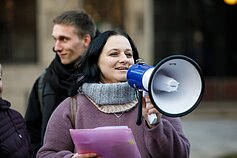