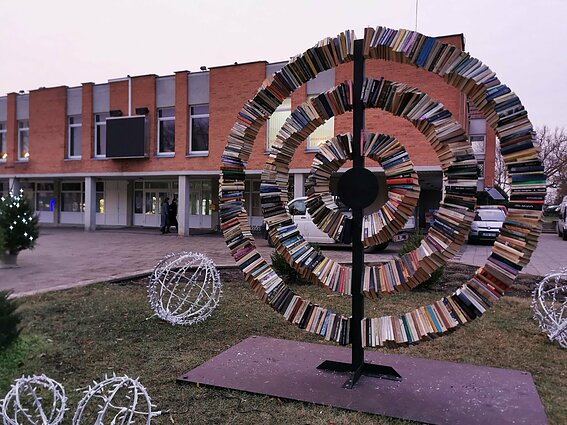 Trakai, a town some 23 kilometres from Vilnius, is preparing to take over as Lithuania's capital of culture of 2020. It got off to a rough start, however, raising some eyebrows with an installation made of old books.

The Public Library of Trakai decided to use written-off books, that would have otherwise gone to pulp, to build a sculpture in one of the town's squares. The books were arranged in three concentric circles, mimicking the logo of ‘Trakai, Lithuanian Capital of Culture 2020’.

However, once images of the installation started spreading on social media last week, they caused some indignation. The books were pierced by a metal framework and left to the elements, which is not the way to treat the written word, the critics suggested, some of them calling the installation barbaric and a piece of vandalism. 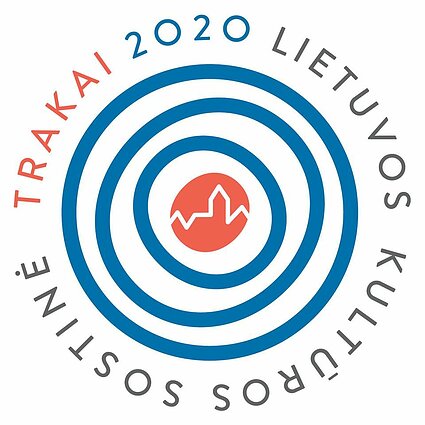 Historian Rasa Čepaitienė addressed a social media post to the mayor of Trakai, urging the town to take down the thing immediately.

“I believe that the library staff did not have any bad intentions when they did it. But their act sends a message to readers that they can do what they like with borrowed books, tear them or write on them. Because it's what the keepers themselves do,” Čepaitienė wrote.

Disrespect for books resonates with history of repression, she noted. A ban on publishing in the Latin script was part of Tsarist repression in Lithuania in 18645-1905 and books were severely censored during the Soviet occupation, not to mention bonfires of ‘degenerate’ literature under the Nazis. 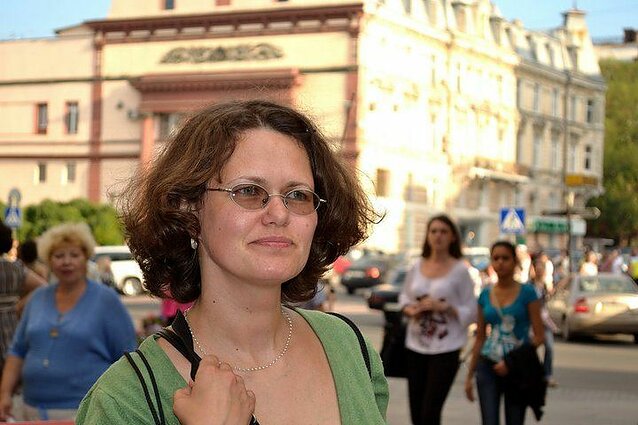 “With this in mind, such art made of books looks really woeful,” according to Čepaitienė.

It seems that the criticism was heeded by the town and the installation was dismantled over the weekend.

Trakai Mayor Edita Rudelienė said that the library staff were inspired by similar projects abroad and did not mean any disrespect. 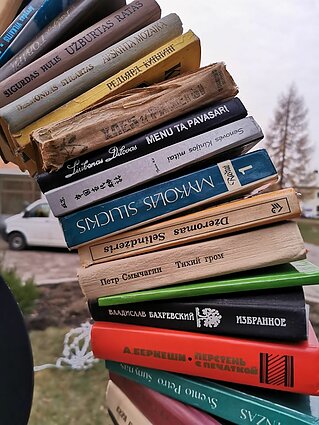 “Without any bad intentions, using projects done elsewhere in the world as examples, the library decided to use old, written-off books unsuitable for reading to use for the installation before sending them off to a paper mill,” she told LRT.lt. “Clearly, the idea was not sufficiently worked out, they didn't consider the context well enough.”

Čepaitienė commented to LRT.lt that while the idea may not have been bad, the execution was deficient.

“Either way, an installation like that should have been put indoors and made in a civilised way, without poking holes in books,” she said. 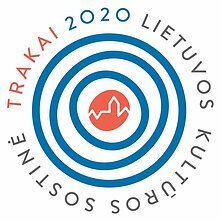 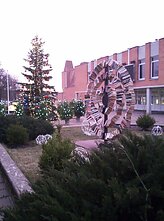 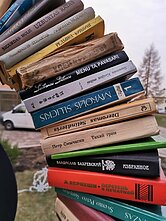 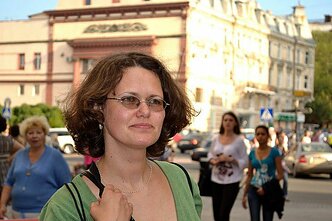