Everyone of us is responsible for protecting human rights – opinion 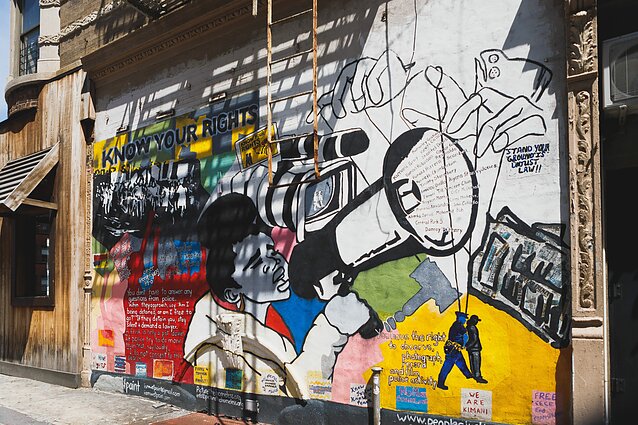 In today’s splintered world, it would be easy to think that there is nothing upon which all nations can agree, and all cultures can embrace as an integral part of their communities. But International Human Rights Day, celebrated on December 10, reminds us that it wasn’t so long ago that the world came together to do exactly that.

On December 10, 1948, the United Nations unanimously adopted the Universal Declaration of Human Rights (UDHR), a set of rights to which all individuals are entitled. Rights such as being free from torture and cruel, inhumane, or degrading treatment or punishment. Rights like the freedom of religion or belief. The freedoms of expression, association, and peaceful assembly. The right to form and join trade unions. Under the UDHR, every human being in the world can claim these rights as their own birthright, no matter their citizenship or allegiance.

The word “universal” in the UDHR’s title was a purposeful choice, showing that the UDHR was the product of consensus among a wide cross-section of global rights traditions. While we are proud that the United States’ own Eleanor Roosevelt chaired the drafting committee, bringing with her the beliefs expressed in our Declaration of Independence that all persons are “endowed by their Creator with certain unalienable rights,” the drafters represented diverse national, ethnic, and cultural backgrounds and intellectual traditions.

For example, René Cassin was a Jewish Basque from France who later received the Nobel Peace Prize for his work on the UDHR. Charles Malik was a Maronite Christian from Lebanon who fled the Nazis in the 1930s. China’s Peng Chun Chang brought a strong Confucian influence to the committee. 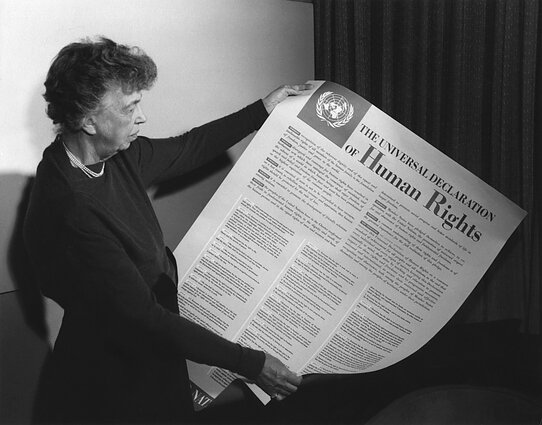 The UDHR was born of the tragedy of the Second World War, which showed that governments that had no regard for the rights of their citizens similarly had no reservations about immersing the world into a terrible conflict for their own twisted aims. The founders of the United Nations knew that peace could only be achieved when human rights were respected and set out to create a common framework that all nations could embrace – a set of universal rights that recognized the primacy of individual human dignity.

Sadly, anyone reading the news today can see that the human rights and fundamental freedoms set forth in the UDHR are not respected by all nations. Some of today’s worst abusers of human rights were original adopters of the UDHR who committed themselves to defending those rights.

The Chinese government has forced more than one million Uighurs and members of other Muslim minority groups into internment camps in the Xinjiang region of China since April 2017. The allegations of forced labor, torture, and other inhumane conditions in the camps belie the Chinese government’s false claims that the purpose of the camps is education. Even those living outside the camps are robbed of any semblance of individual choice and freedom thanks to an ever-present surveillance system trapping them in an open-air prison. 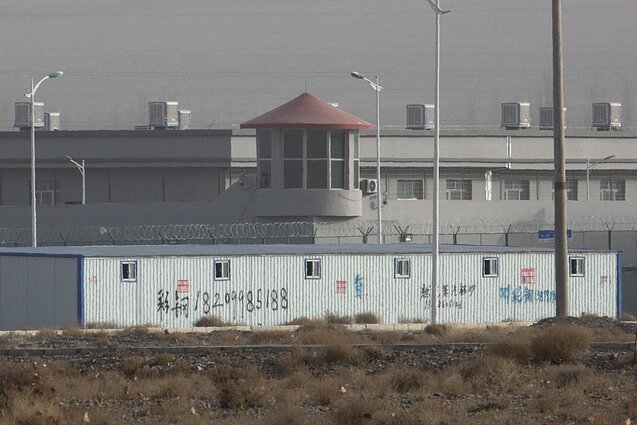 In Iran, the regime’s unelected Supreme Leader prioritizes encouraging regional chaos over improving the lives of the Iranian people. Truck drivers and schoolteachers whose only crime was asking to receive their paychecks have been harassed and, by some reports, arrested and tortured. The regime’s long history of severe discrimination against women continues unabated, with women sentenced to as many as 23 years in prison for not wearing a hijab in public.

The Russian human rights organization Memorial now lists 315 political prisoners in Russia, up from 195 last year, and reports that 200 of them are imprisoned for exercising their freedom of religion or belief. The government increasingly restricts freedom of expression and Internet freedom, and civil society and the independent press face constant harassment, character smears, threats and violence. In the Republic of Chechnya, torture, enforced disappearances, and mass extrajudicial killings reportedly take place with total impunity.

Since the adoption of the UDHR in 1948, there have been extraordinary accomplishments of human freedom that make the backsliding of these nations even more striking. For example, the anti-apartheid struggle in South Africa in the 1970s, as well as the peace and reconciliation stages in the 1980s and 1990s. Poland’s Solidarity movement, where laborers demanded the government respect their right to live and work without fear of repression and retaliation. The countless individual stories of people standing up for their rights, from a group of indigenous women forced into sexual slavery in Guatemala brave enough to tell their stories in court to Malala Yousafzai, who survived being shot at the age of 15 by Taliban gunmen in Pakistan simply for attending school, and went on to become a resolute and inspiring voice for equality despite her injury and ongoing threats. 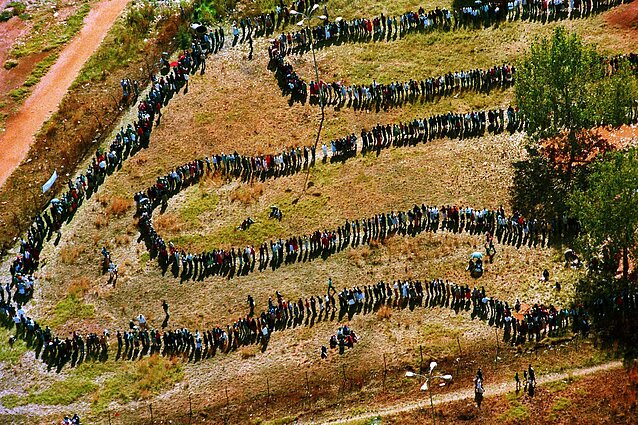 The UDHR’s diverse group of drafters found a common purpose in the universal rights they outlined. They understood that the nations of the world had a duty to one another: to stand up for human dignity and protect the human rights to which every person is entitled. It is not only governments that have this duty. Governments are, after all, composed of individuals. Every person has a role to play in protecting and standing up for human rights.

How can we do this? We can educate ourselves about human rights, learning about the rights guaranteed under the UDHR and about current human rights challenges around the world. We can stand against abuse, including rising anti-Semitism, and join the call for accountability. We can draw attention to states that abuse human rights and urge them to uphold their commitments to respect human rights. We can consider the ramifications of venerating historical figures whose actions directly led to the persecution and murder of thousands of people during the Holocaust. We can call upon our governments to speak up when abuses take place elsewhere in the world. We can demand that nations uphold the tenets of the UDHR.

I can assure you that the United States and its people remain committed to human rights. We are on the frontlines, advocating for every person around the globe to enjoy their rights in the same way that Americans are so proud that we are able to do every day.

After all, these freedoms are the shared birthright of all persons, as declared by the community of nations on December 10, 1948. 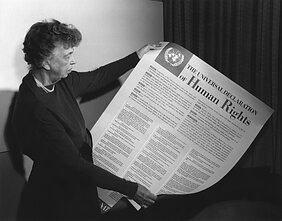 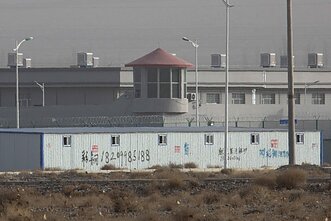 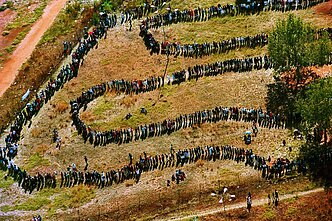