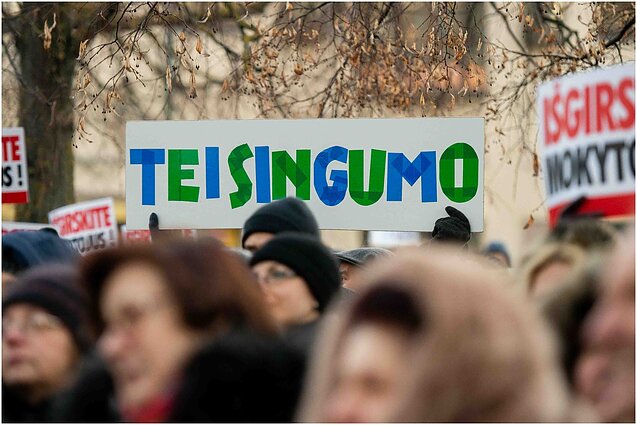 Following a warning strike by teachers, the Lithuanian government and four trade unions signed an amended collective agreement on Monday.

Staff and teachers at some Lithuanian schools held a warning two-hour strike last week after the government had allocated over 55 million euros for education in the 2020 budget, despite an agreement signed in July promising 117 million euros for the next year.

The new collective agreement was signed on Monday by the leaders of the four trade unions – Lithuanian Education and Science trade Union, the Lithuanian Association of Higher Education Institutions Trade Unions, and the Solidarumas and Sandrauga trade unions – Prime Minister Saulius Skvernelis and Education, Science and Sports Minister Algirdas Monkevicius.

Besides including the changes agreed in July, the agreement also includes the demand by representatives of higher schools to increase their pay by 10 percent as of September 1, The document states that lecturers' pay should amount to 150 percent of the average salary in the country in 2025. 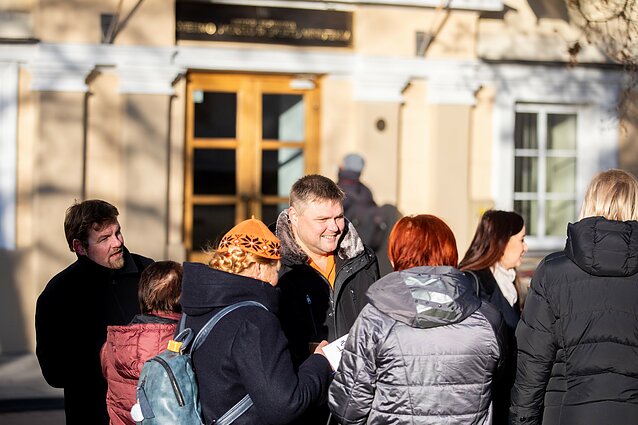 Teachers' action outside the Ministry of Education / E. Blaževič/LRT

According to Monkevičus and the trade unions' representatives, the agreement also includes equal pay for workers of preschool establishments and school teachers, with the education minister noting that wages should grow around 30 percent for kindergarten workers.

"Everything that was agreed, all those things are included," Egidijus Milesinas, chairman of the Lithuanian Education and Science trade Union, said.

He could not identify the sources for the additional funding, adding that it's a task for the Finance Ministry. The final decisions on the state budget's amendments are due by the government later in the day. 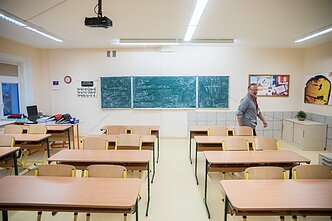 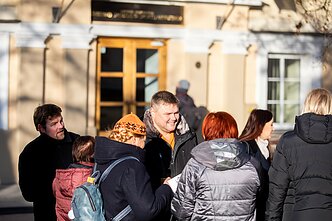