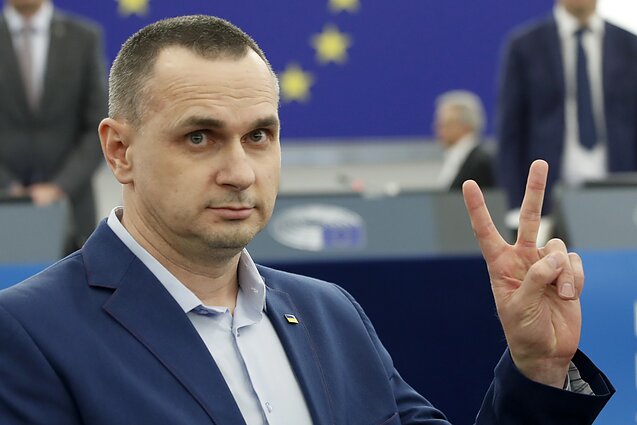 A year after his release from a Russian prison, the filmmaker and activist Oleg Sentsov has finally picked up his 2018 Sakharov Prize. Talking to DW, Sentsov described Vladimir Putin as his “sole enemy” and a war criminal.

The Ukrainian filmmaker and activist finally accepted the prestigious Sakharov Prize on Tuesday at the European Parliament in Strasbourg, after being freed in a high-profile prison swap between Russia and Ukraine in September this year.

The European Parliament had announced Oleg Sentsov's nomination for the human rights prize in October 2018 when he was still in Russian imprisonment. Speaking to DW, Sentsov said he sees the award “not exactly (as) a joy” but instead a “responsibility, a kind of pre-payment that I still need to prove myself worthy of by what I do in the future”.

“I don't trust Mr. Putin and I call upon you not to trust him either. Russia and Putin will without a doubt cheat you. They don't wish for peace in Donbass or Ukraine. They want to see Ukraine on its knees,” Sentsov warned while accepting the award. 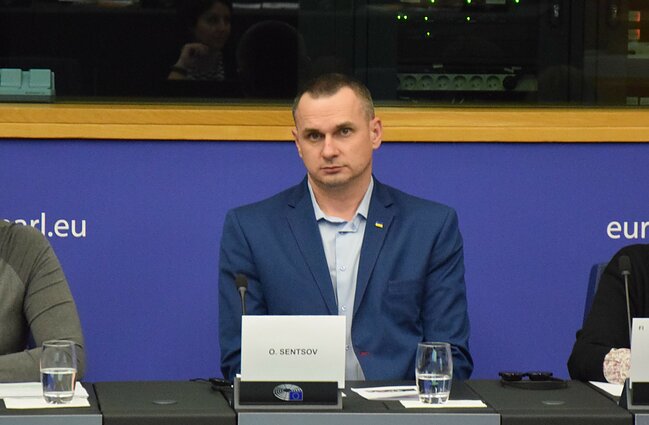 The activist reminded the audience to remember the “thousands of those who have fallen in Ukraine” and the “hundreds” of men “languishing behind bars who might be subject to torture as we speak”.

He also described his country's hopes for stronger cooperation with the European Union as “a question of survival as a nation”.

The human rights award, named after Soviet dissident Andrei Sakharov, was created in 1988 to honour individuals or groups who defend human rights and fundamental freedoms.

Ukrainians ‘fighting for my freedom’

Sentsov had opposed Russia's annexation of his homeland Crimea. He was subsequently arrested and convicted by Moscow for plotting and carrying out attacks there. Sentsov has continuously rejected the charges and called it a political vendetta.

Talking to DW, the filmmaker said that, even after years in Russian prison, he was always confident that he would regain his freedom. 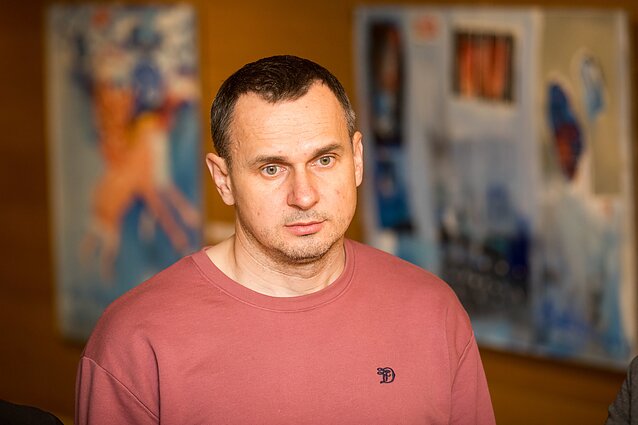 “I was always sure that neither Ukraine nor the Ukrainian people would let me down,” he told DW's Iurii Sheiko. “Because I’d been fighting for our freedom, and I knew that they would be fighting for my freedom.”

Sentsov: Everything revolves around Putin

Sentsov also said that President Putin did not want peace in the rebel-controlled Donbass region, but added that there would be a chance to make progress once he was gone.

“First of all, [Russia] is a state where no institution functions, be it the parliament, the courts, the police, civil society or the media. There’s just one institution and its name is Vladimir Putin,” Sentsov said. “But once he steps down or dies or is removed, the system will start to crumble. It will collapse, because everything depends on him.” 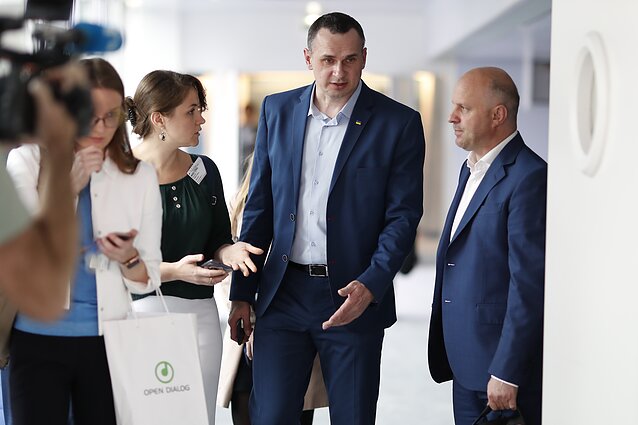 “When the Russian regime starts to collapse, there will be a window of opportunity to solve our problems, in Crimea and the Donbass area – and I mean really resolve them,” he added. “And it’s not just talk. To come to a real solution, Ukraine and Europe and the world should be ready to take a really tough stance in order to return these territories.”

AP and dpa contributed to the reporting 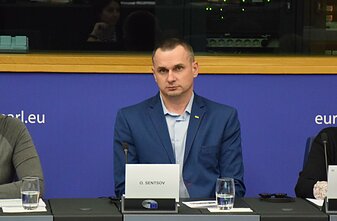 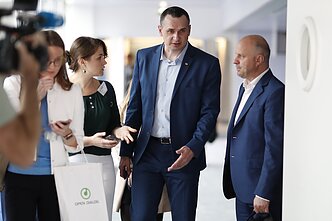 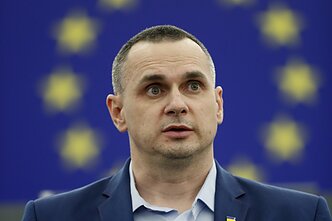 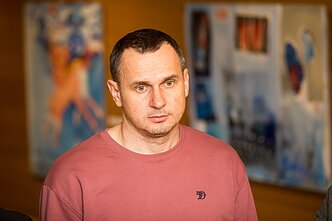 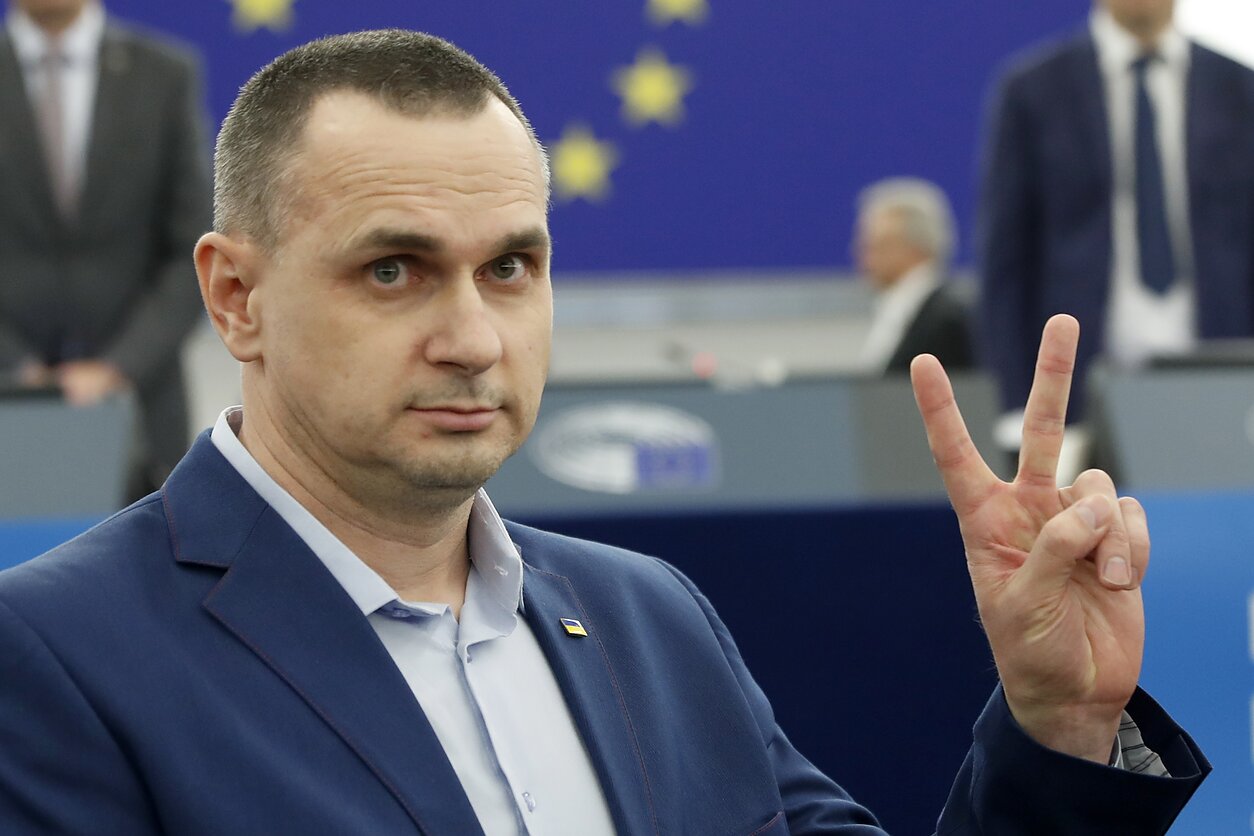 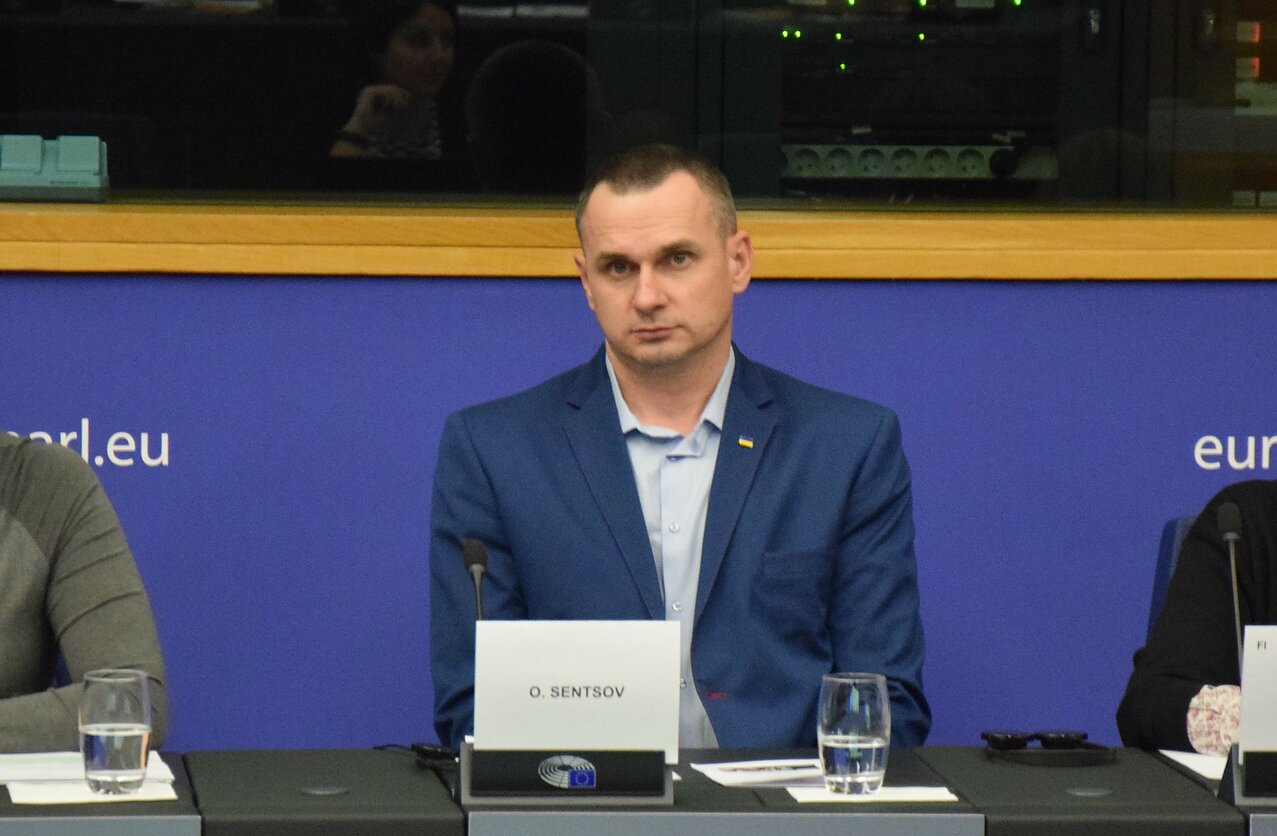 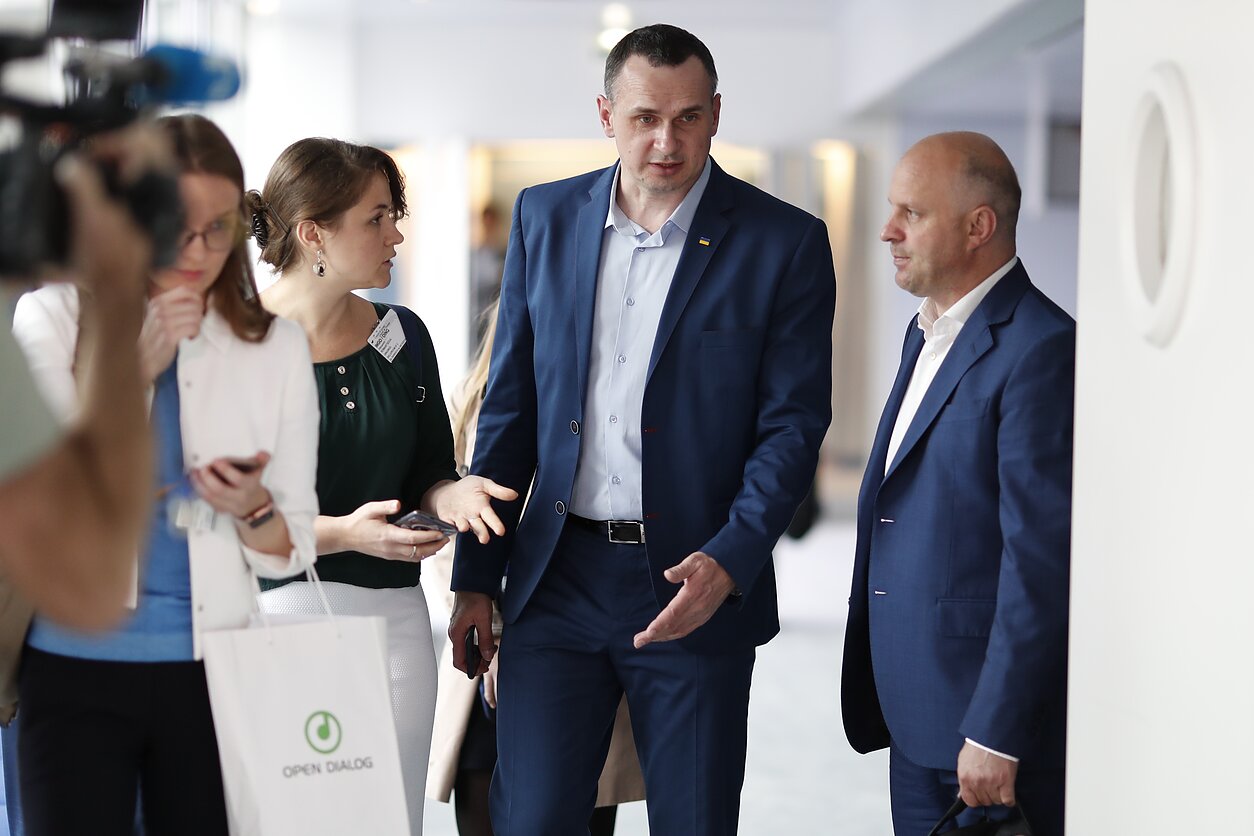 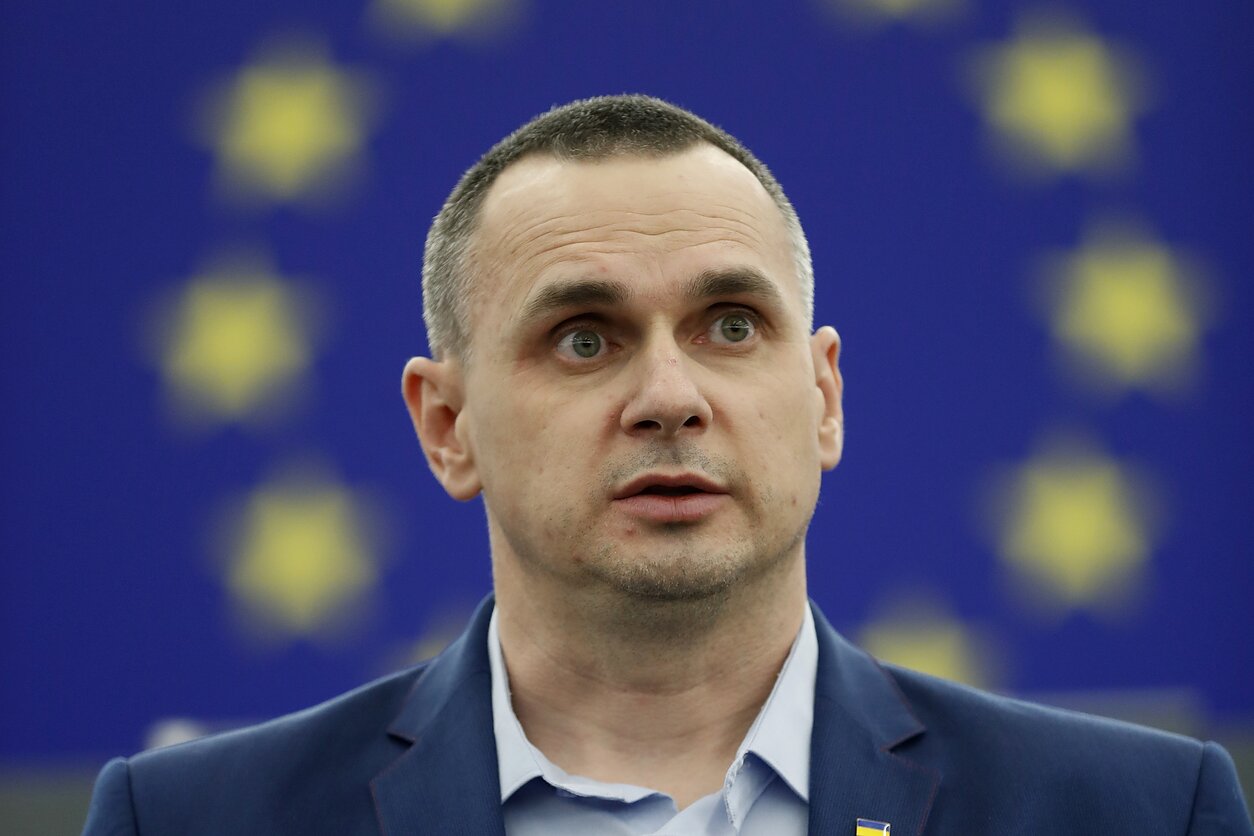 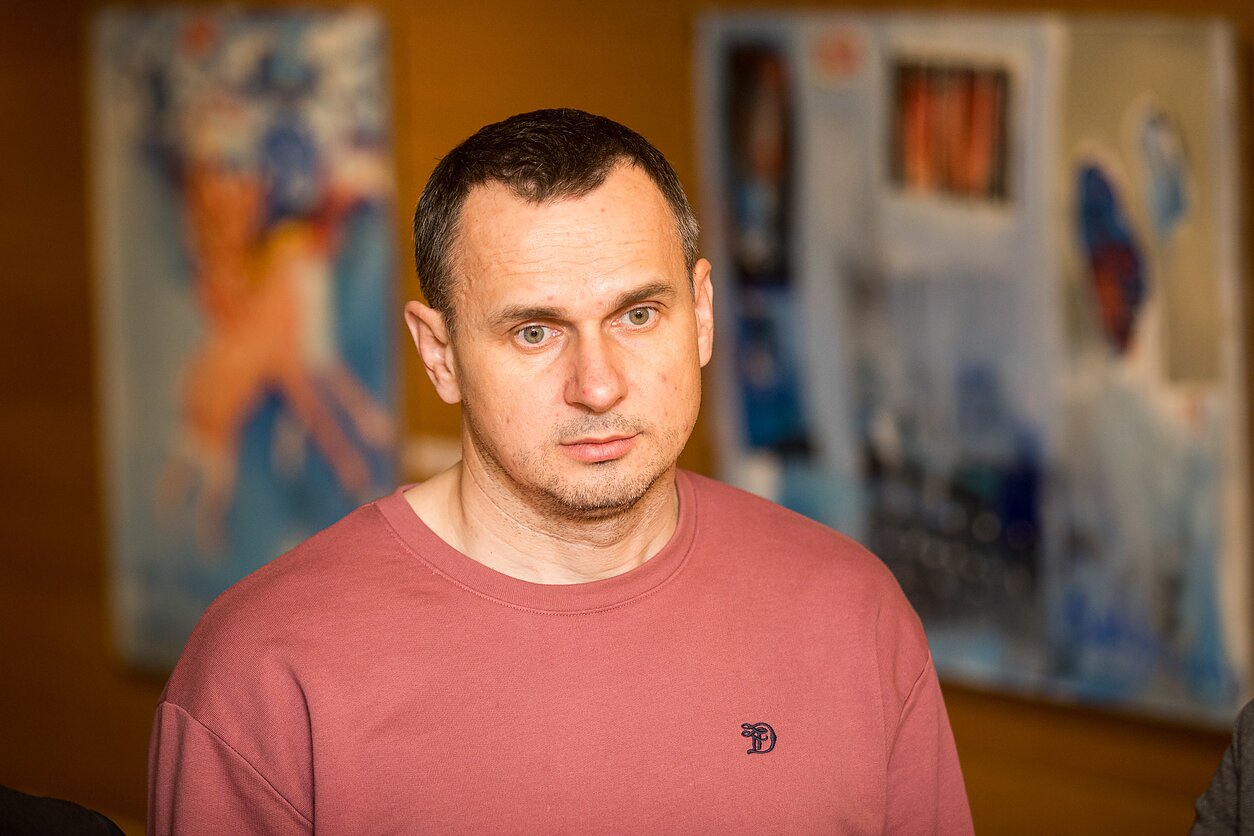