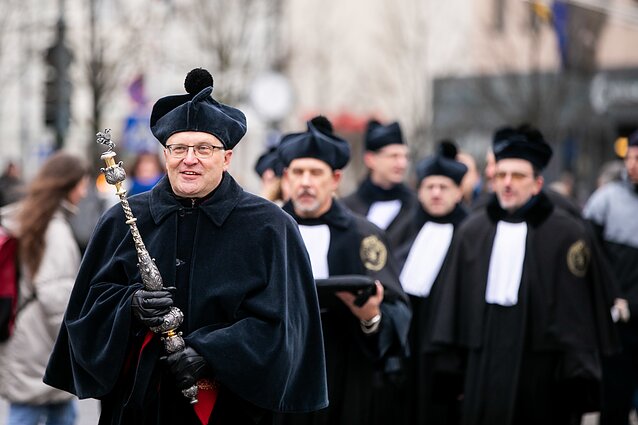 Academic workers staged an action outside the government building in Vilnius, distributing free diplomas in protest of underfunding for higher education and science in Lithuania.

The action on Wednesday was entitled ‘Diplomas už ačių’, or ‘Diploma for free’, with a misspelling that referred to an error made by the former minister of education.

Several hundred passersby joined the protest by Vilnius University workers and were given fake diplomas. The action was led by Vilnius University Rector Artūras Žukauskas and professors wearing academic robes who awarded a ‘degree in demagogy’ to the minister of education, represented in the action by a cardboard cutout.

The rally demanded adequate funding for higher education and for the government to live up to its commitments to raise academic salaries which, according to Žukauskas, have been stagnant for the last decade. 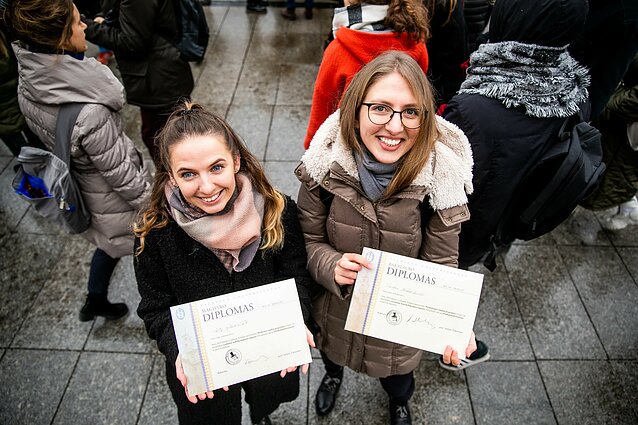 “We are using this entertaining way [of protest] to remind the government of our demands. We demand that they deliver on their promises to raise wages for teaching and non-academic staff and, above all, bring some order into public sector pay,” Žukauskas told reporters.

“We need to listen not just to NATO, but to the European Union as well that 3 percent of GDP should go to scientific research,” he added, in reference to Lithuania's recent raises to defence spending.

Rimvydas Laužikas, the dean of Vilnius University's Faculty of Communication told LRT.lt that the protest was about more than just pay.

Inadequate funding, including for compensation, prevents Lithuanian universities from recruiting good teachers and researchers, he said. 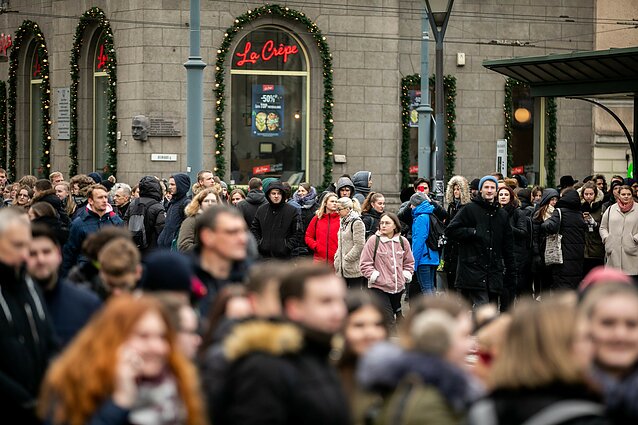 Some Vilnius University teachers previously protested by starting their lectures 4.5 minutes late, representing the 10-percent raise promised but not delivered by the government.

Unless their demands are met, universities might start a strike, Žukauskas said.

On Thursday, some university and secondary school teachers are also staging a two-hour ‘warning strike’. 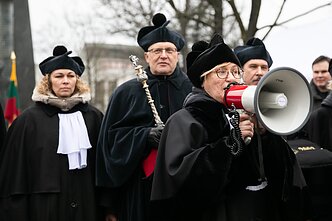 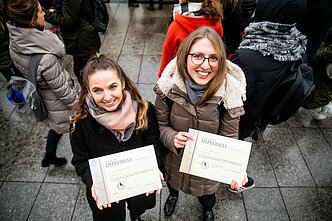 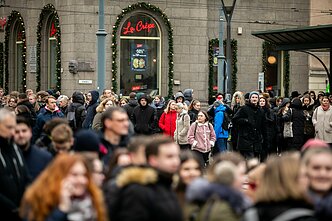 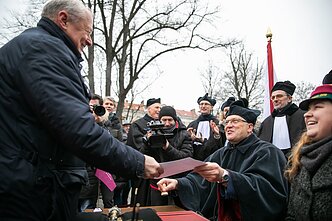 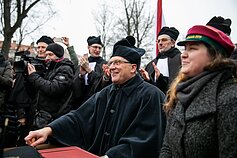 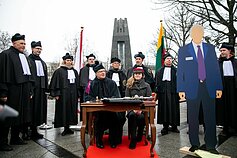 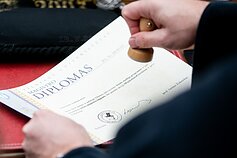 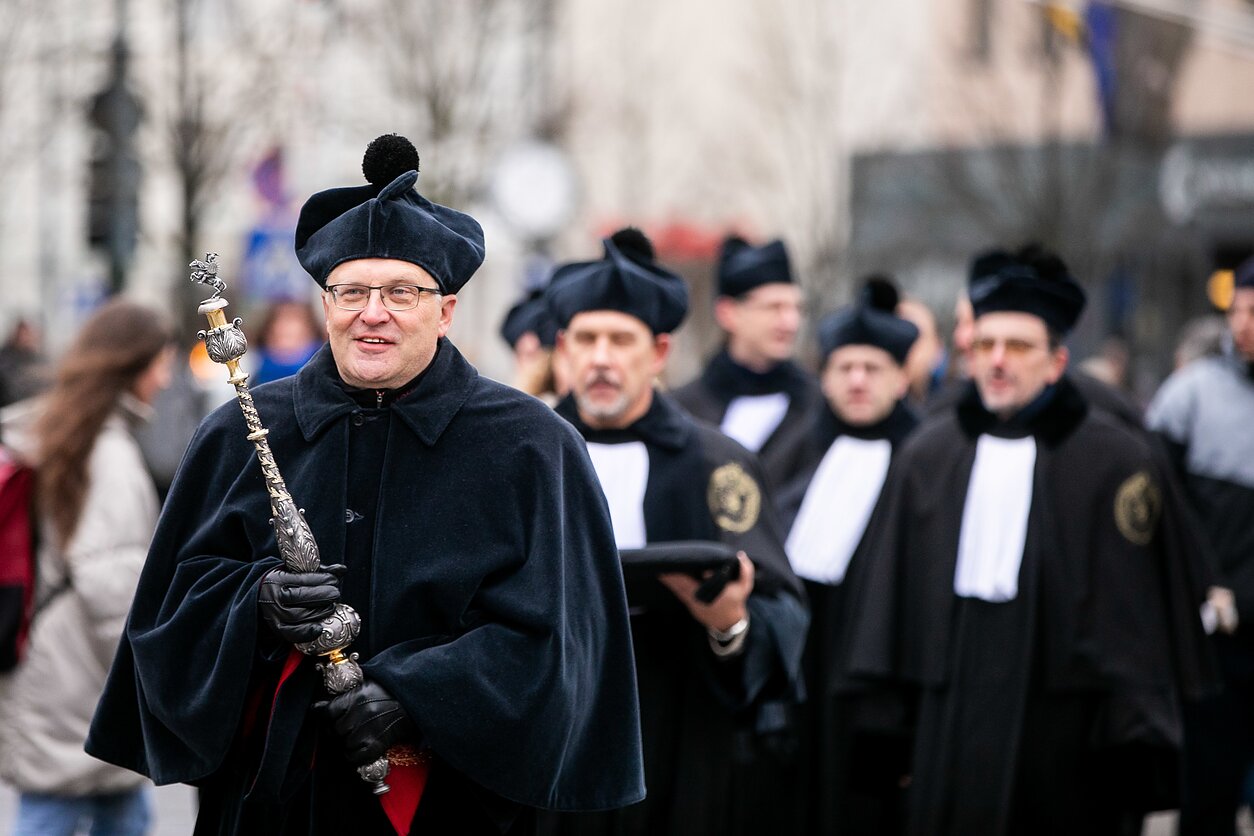 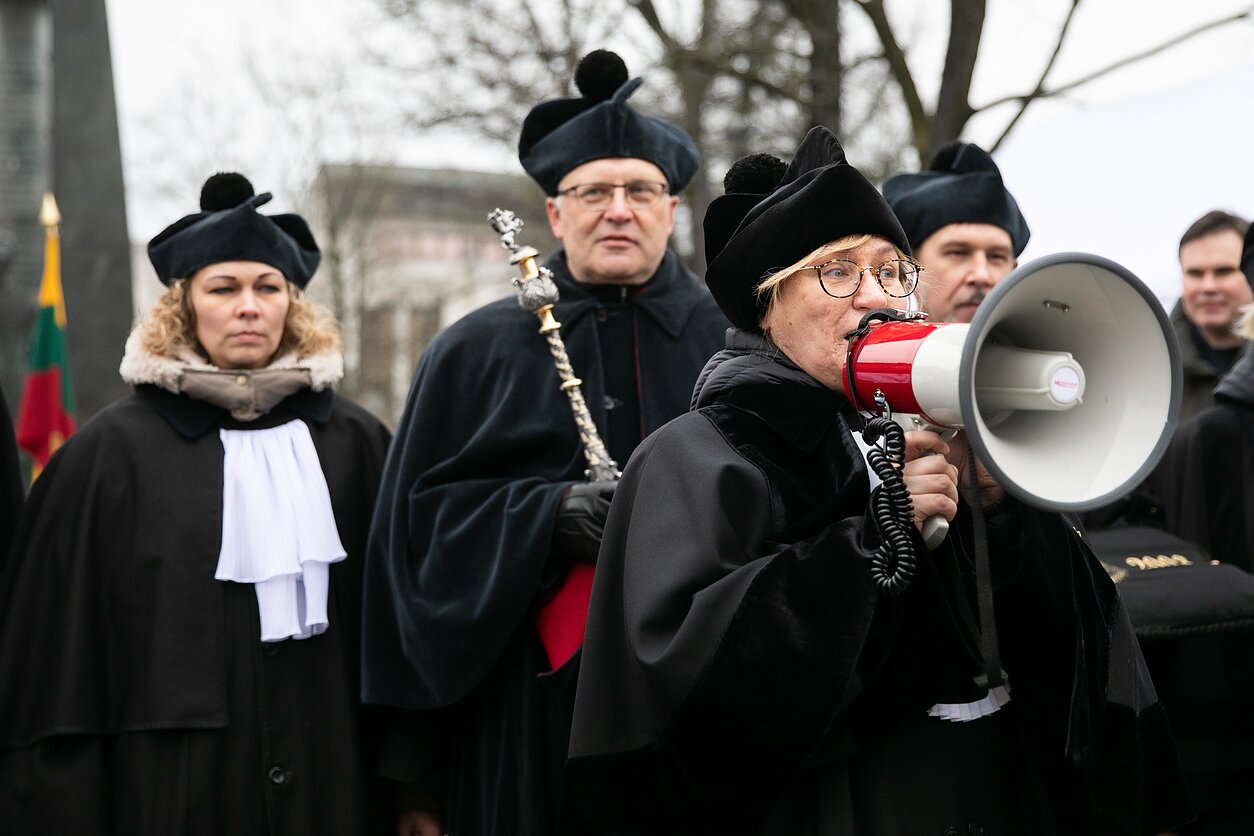 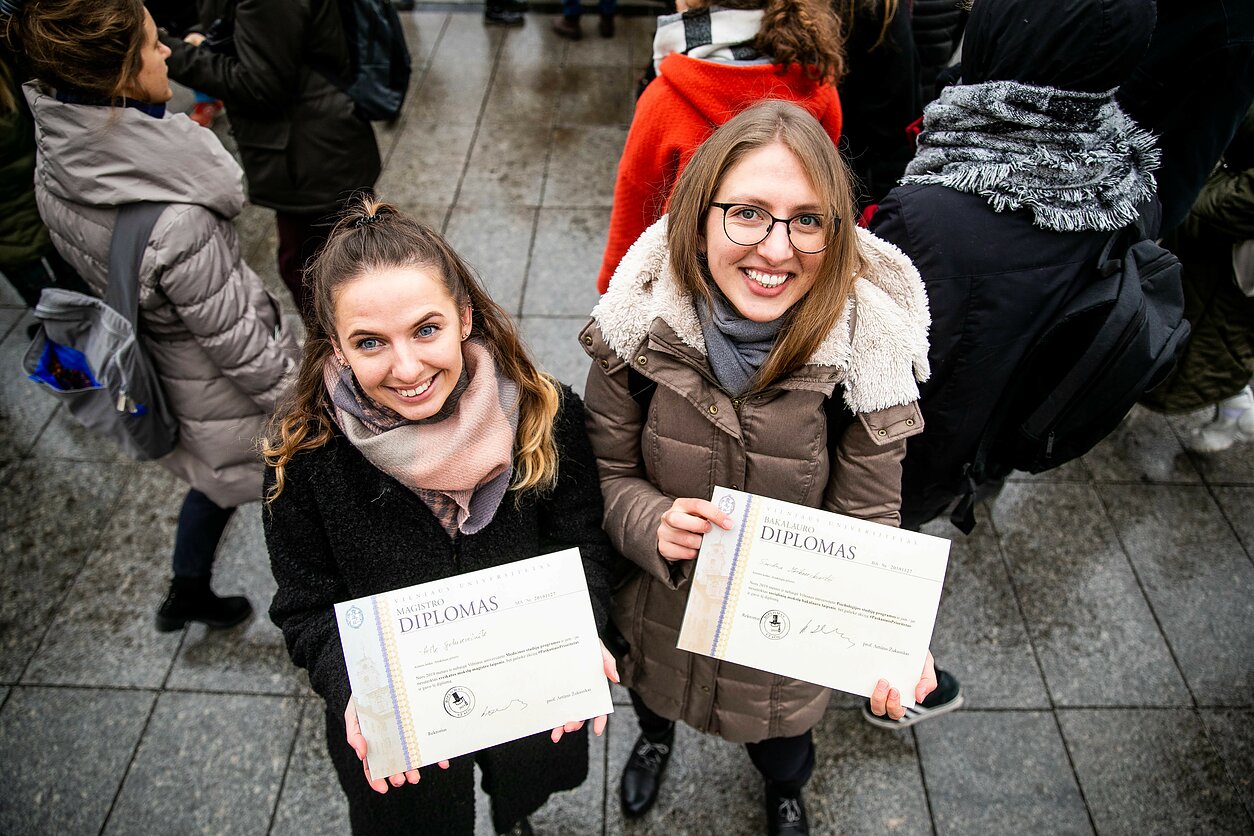 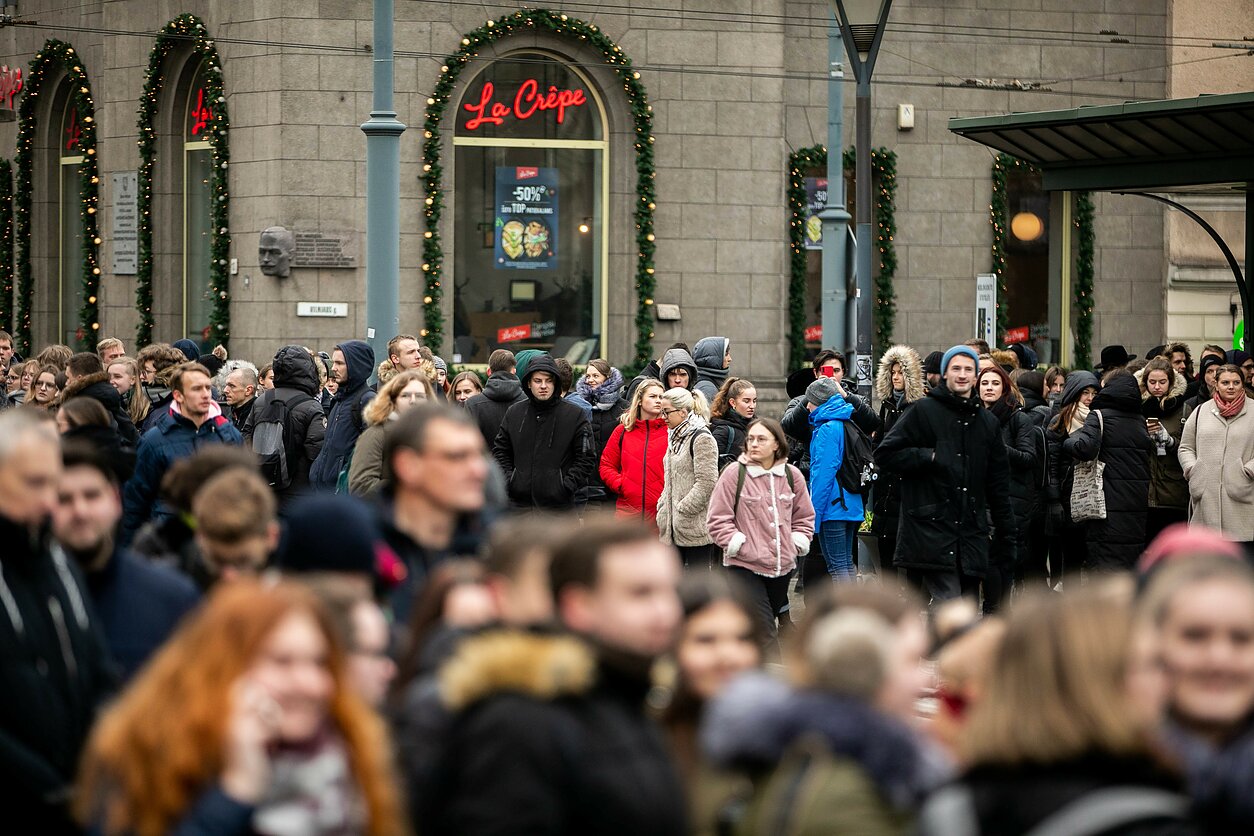 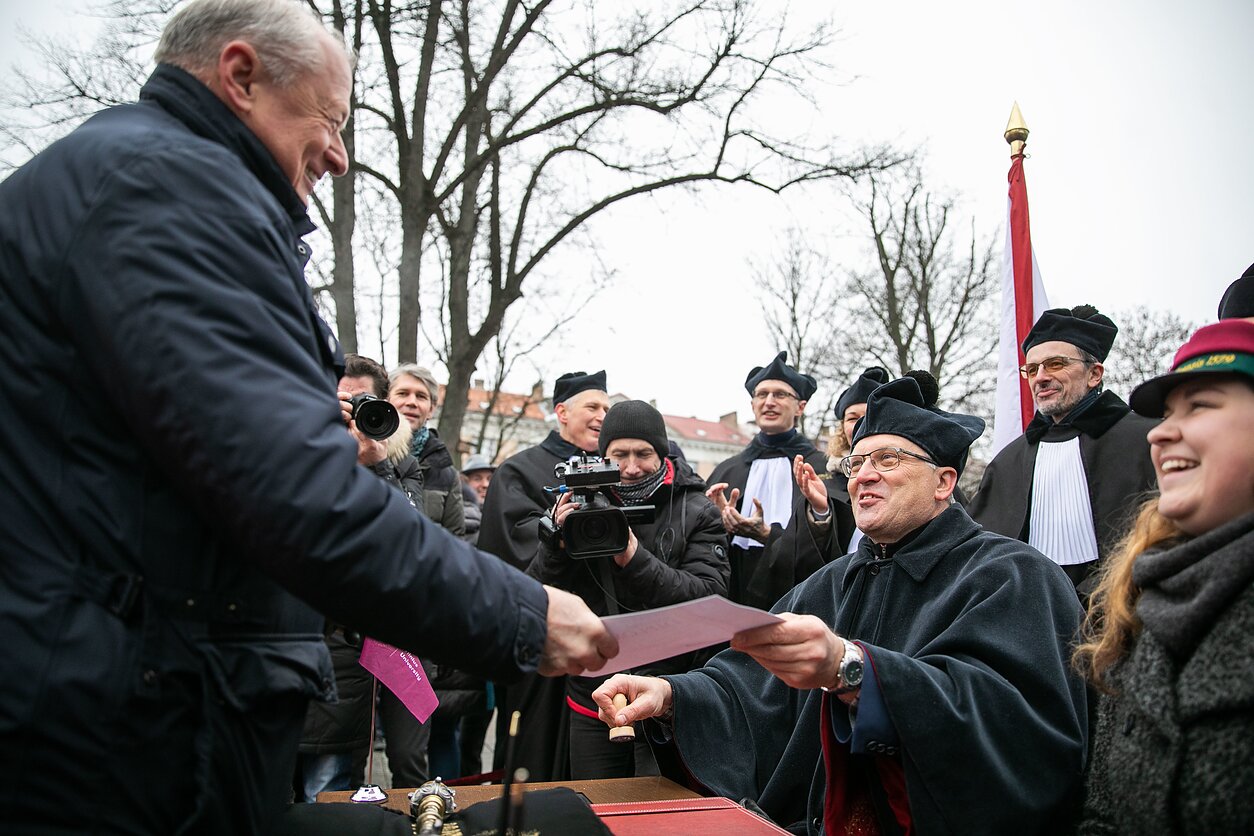 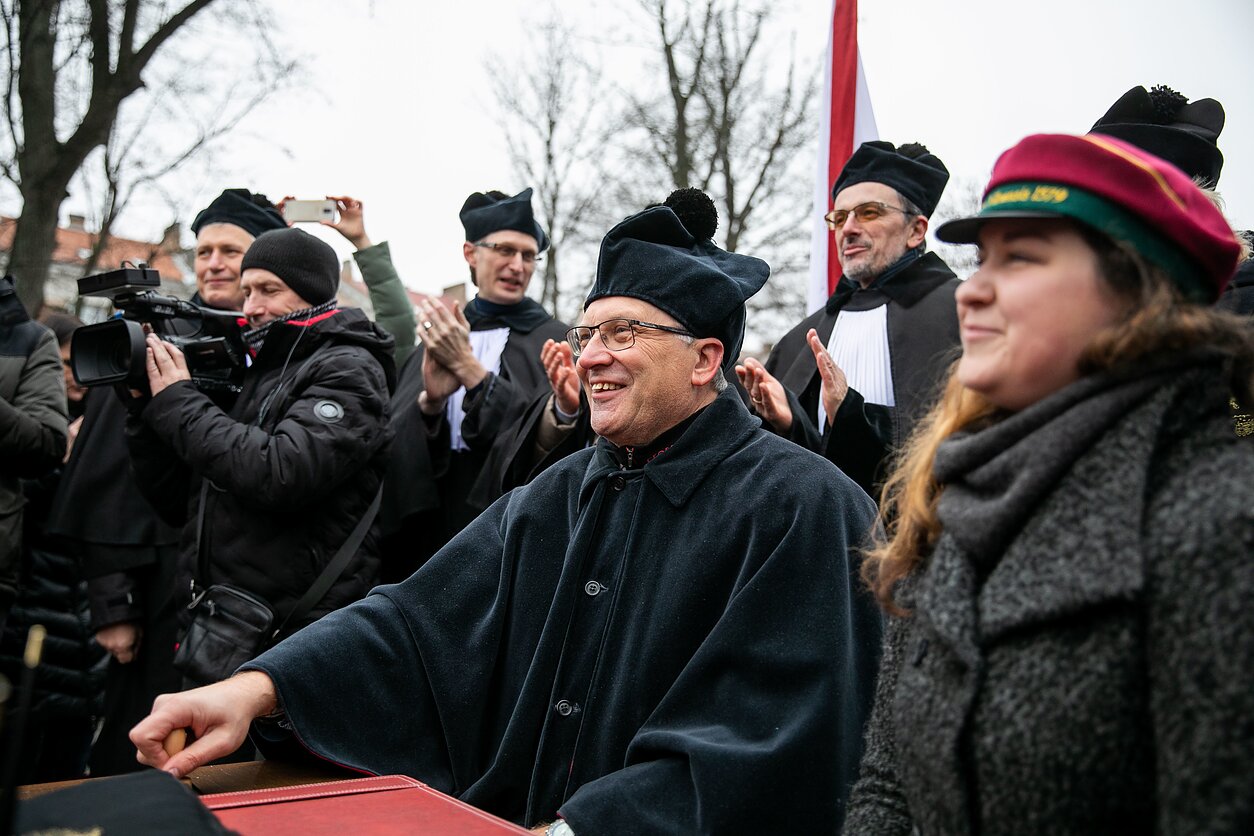 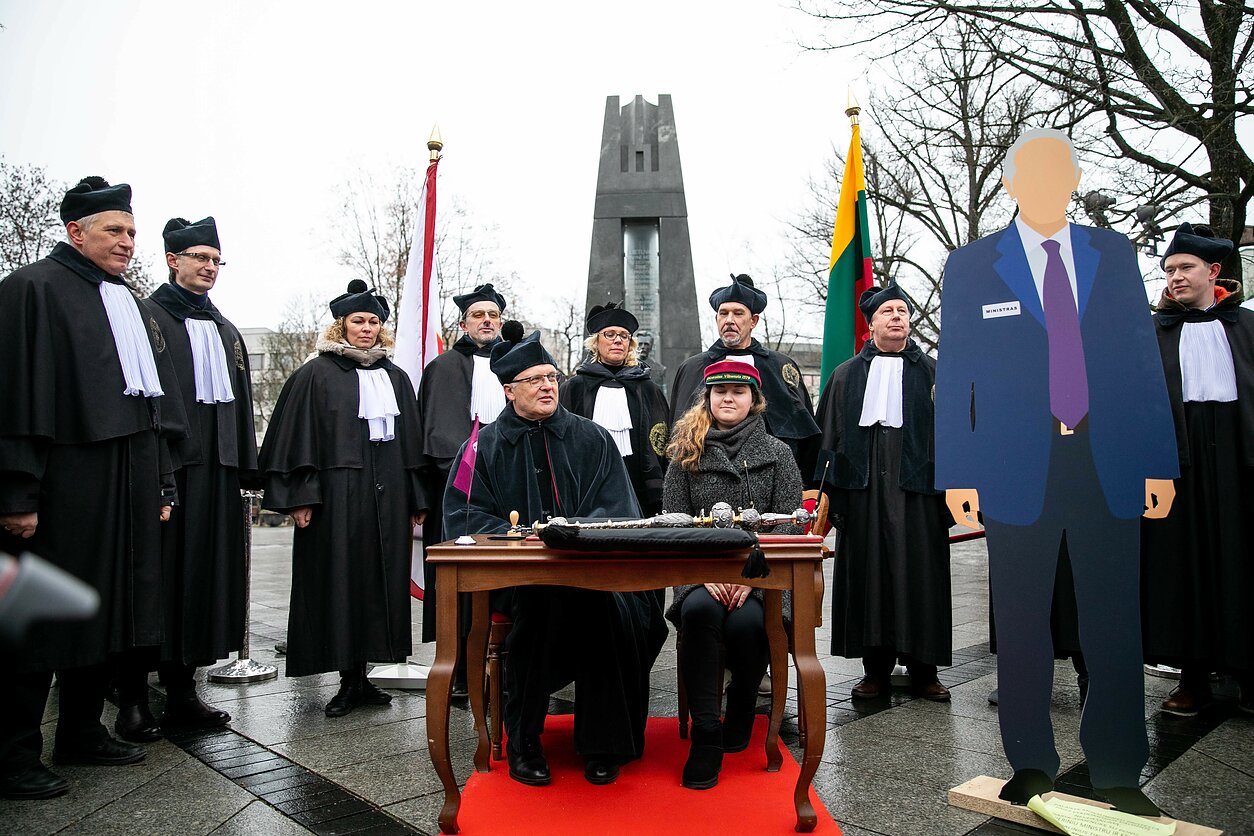 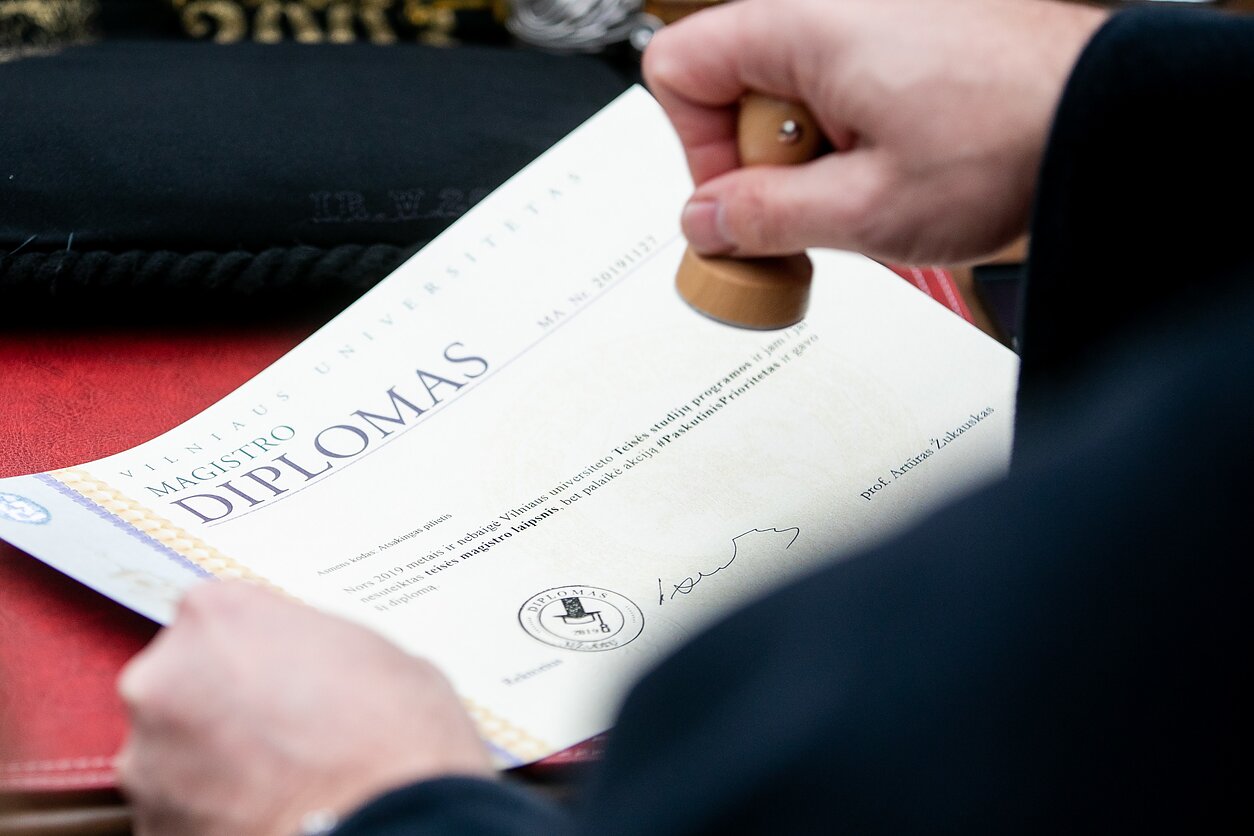 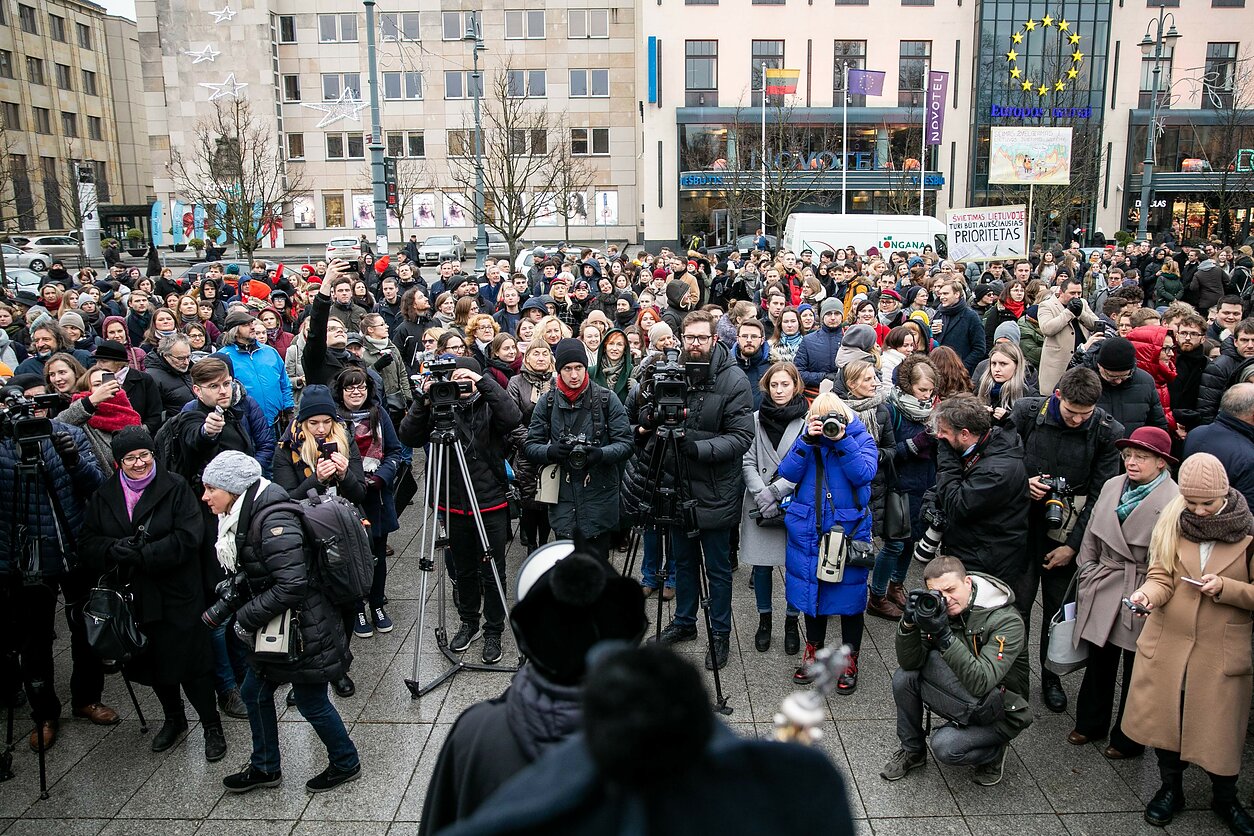 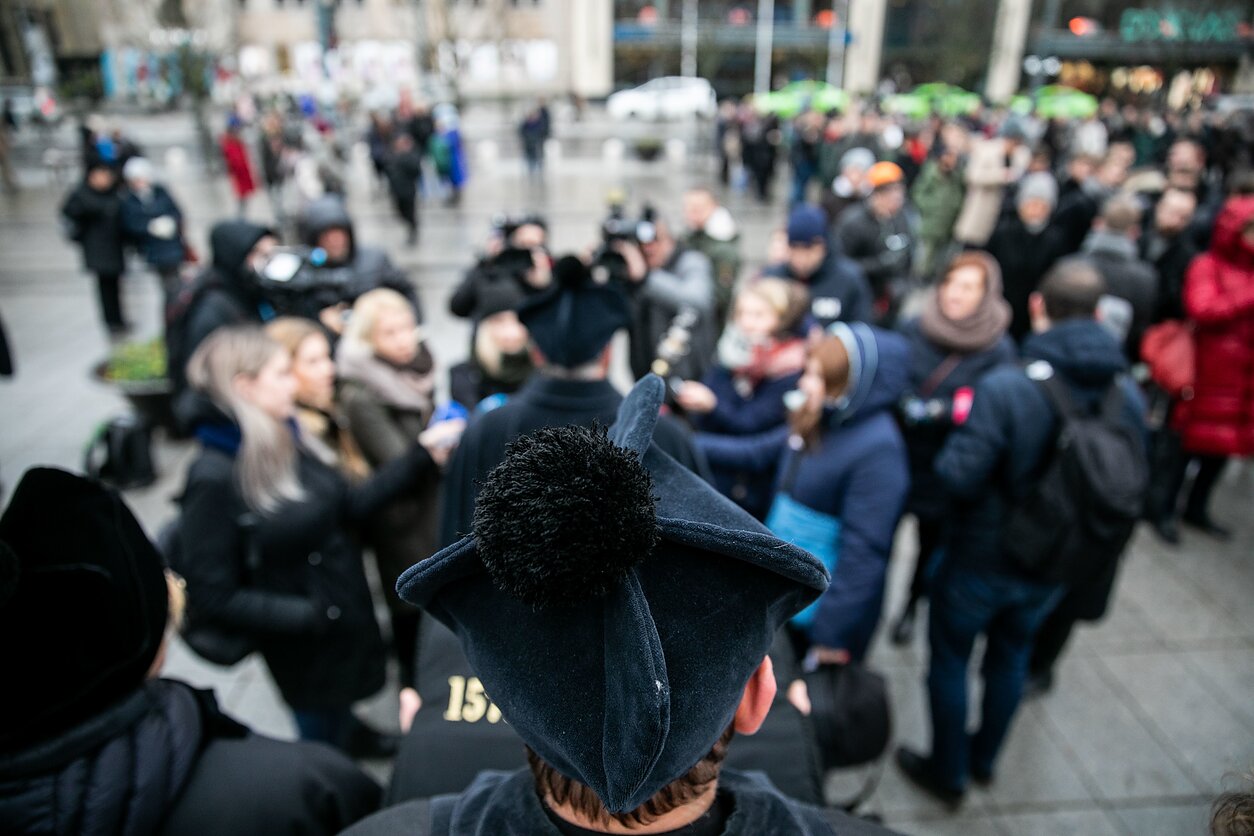 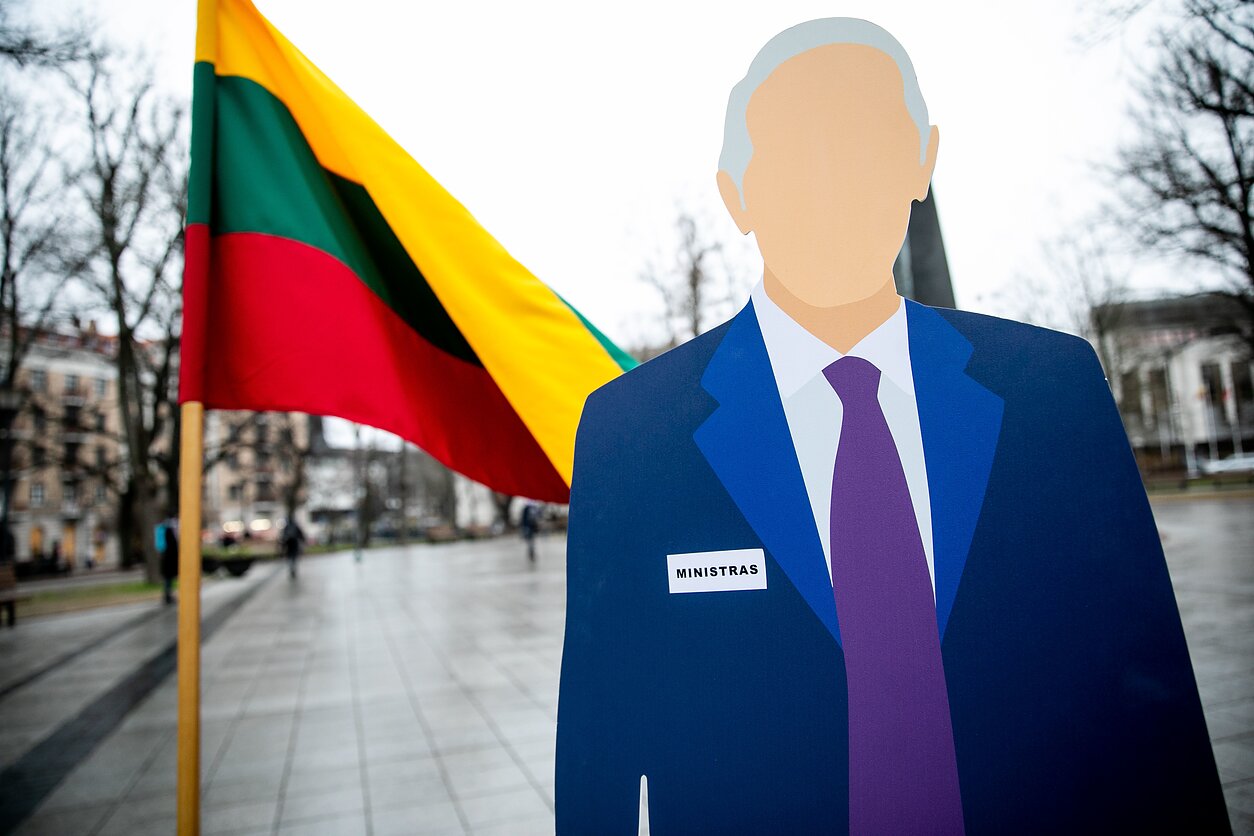 Minister of education was represented by a cardboard cut-out at the rally
11 / 12E. Blaževič/LRT 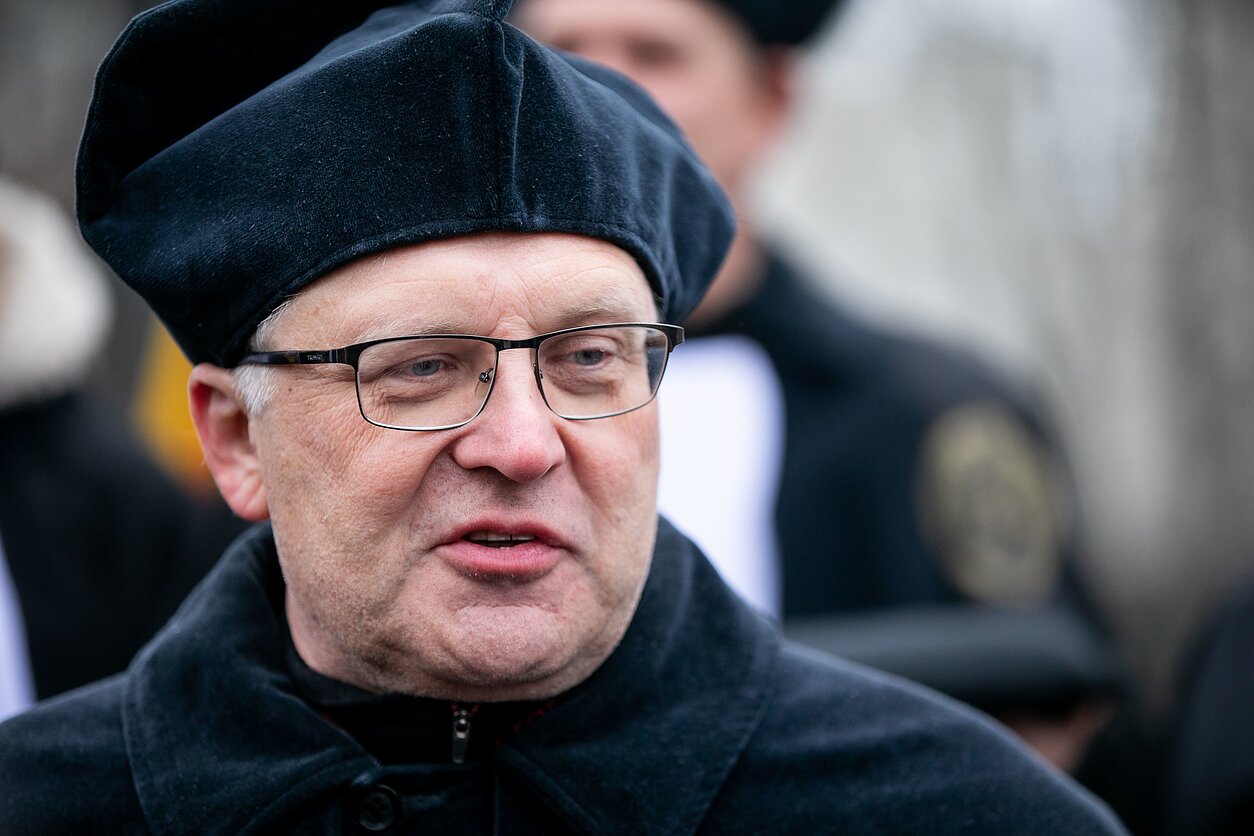