Festival of Lights to illuminate darkest winter nights in Vilnius 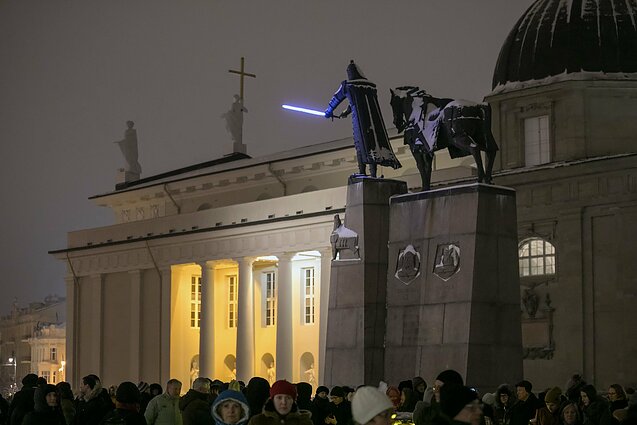 Vilnius Festival of Lights returns to the Lithuanian capital following popular demand, according to a press release.

Held during Vilnius' birthday on January 24-26, nearly 30 installations will light up courtyards across the capital.

“We will continue the mission of Gediminas started 697 years ago – he invited guests to the capital in his letters, while we will invite them using lights," Vilnius Mayor Remigijus Šimašius is quoted in the press release.

This year organizers of the event once again promise some unexpected installations, which will include the symbols of Vilnius - last festival amazed everyone by the illuminated sword of the Gediminas monument, and next year even more visible objects of Vilnius will be included in the swirl of the festival.

The organisers have promised unexpected installations same as last tear, when the Gediminas statue with illuminated sabre-like sword stunned the estimated 130,000 people crowd that gathered in Vilnius during the weekend.

Some 26 light installations created by artists from 8 countries were displayed at the first Festival of Lights in Vilnius. This year, locations will range from the Arts Printing House to the courtyard of the Palace of the Grand Dukes of Lithuania, while the installations have mostly been created by Lithuanian artists.

Vilnius' Festival of Lights is set to be one of the highlights during the capital's birthday celebrations, as the city gears up to mark the 700th founding anniversary in 2023. 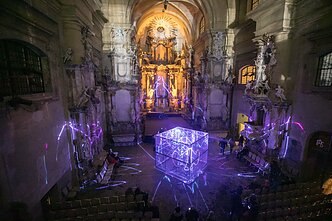 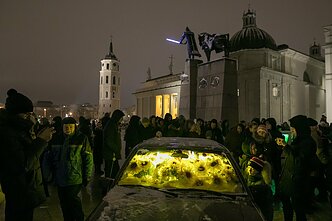