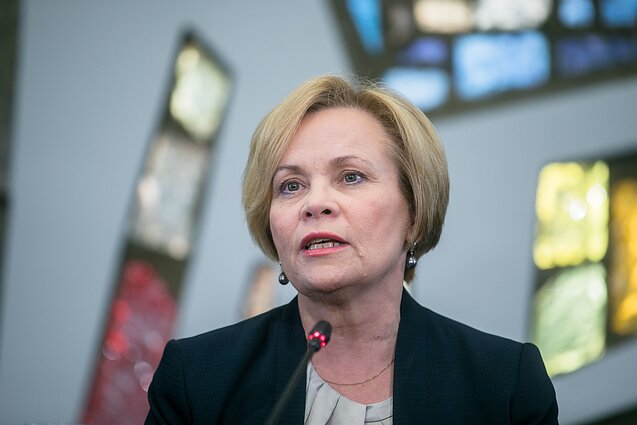 From the Baltic Way to the fall of the Berlin Wall and then all the way to the restoration of independence on March 11, 1990, which was ultimately followed by the collapse of the Soviet Union. Those were the milestones on Lithuania’s path to independence. We kept knocking on the walls of the prison we were in, and we managed to shake the foundations of the Berlin Wall.

These days, we are marking the 30th anniversary of the fall of the Berlin Wall. When the wall came down, the differences between the East and the West virtually disappeared.

The history of the Berlin Wall continues

There were, however, things that came down less quickly than the Berlin Wall. This, unfortunately, refers to the people who were born and raised in that Soviet prison. What is surprising, though, is that it can be very clearly seen in the now united Germany.

Differently from the Baltic States, the Germans had never had to show determination and work hard to become members of the EU and NATO. Eastern Germans instantly became members of both alliances when the country was unified. Moreover, the West offered them huge amounts of money and invested in their infrastructure.

However, the differences between the two parts of the country can still be felt there, especially on the political scene. For instance, it only took several years since the unification for the people in the eastern regions to start voting in favour of former communists. 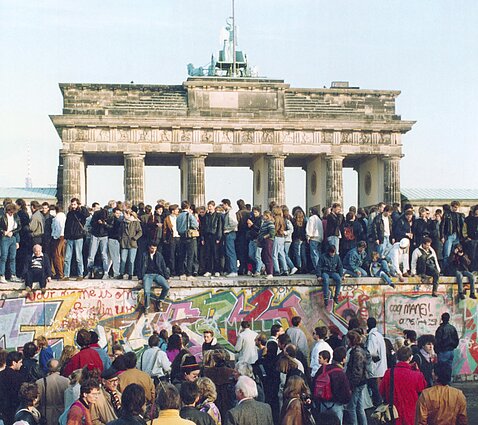 They now have turned to the recently established Alternative for Germany (AfD), an anti-European political party which favours a withdrawal of the US forces from Germany and does not shy away from friendship with Vladimir Putin.

The fall of the Berlin Wall soon brought the collapse of the Soviet Union. Those were by far the greatest achievements of our generation. However, life in freedom does not come on its own. It must be built on the ruins of an empire and the remains of the communist prison.

We can see now that it is not so easy, especially since the empire that built the Berlin Wall is still alive. It is this extremely aggressive empire, which treats history from a completely different perspective and seeks to restore its domination, that we live next to. Therefore, the history of the Berlin Wall continues, because history is never-ending. 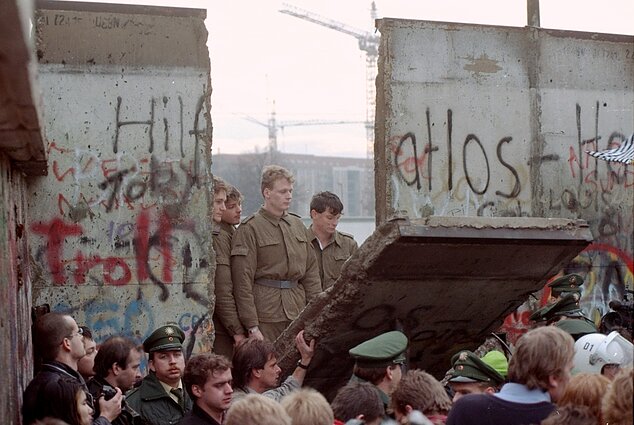 Macron speaks of friendship with evil

Before the fall of the Berlin Wall, the West also had politicians, in particular those from the left side of the political spectrum, who proposed the idea of friendship with the Soviet Union, because, according to them, they had to face the reality that the country could not be changed. Others, however, stuck to a solid strategy of containment, which, as history showed us, was the right thing to do.

Today, oddly enough, history repeats itself. French President Emmanuel Macron is speaking of friendship with the Kremlin led by Putin, which is an evil similar in its form to the Soviet Union. Furthermore, he adds that NATO is experiencing a brain death because, apparently, the allies fail to communicate with each other and coordinate their actions. He points to the US withdrawal from Syria as an example.

Let us pause here for a second, because at this point I have a few questions for President Macron. What are France’s achievements in Syria? How many times has he and his state raised the issue of Syria in the framework of NATO and called on the alliance to defend the Syrians fighting for their country and the civilians that were being killed there? 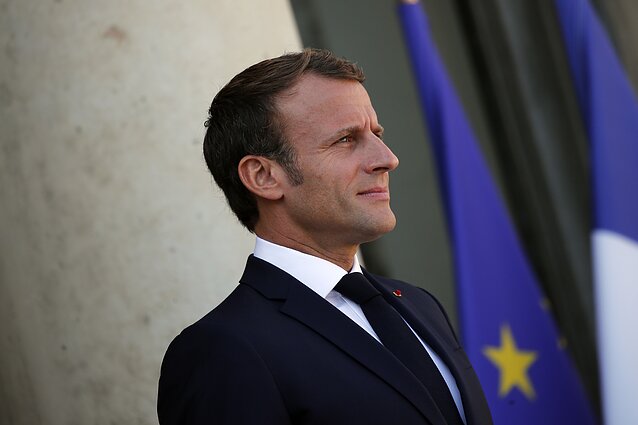 NATO has not put its boots on Syria’s ground. Some NATO member countries, however, have been present in Syria.

Today, NATO is stronger than it was when I had the chance to get an insider’s view on its functioning in my capacity as the minister of national defence of Lithuania in 2008–2012. By then, NATO had lost its sense of direction, and it was being said that it had become obsolete.

Likewise, the budgets for defence were being drastically reduced and, contrary to the current situation, the allies neither had their boots on the Baltic ground nor organised any serious military exercises or drafted plans for how to defend NATO’s most vulnerable region. In general, it was considered extremely impolite to talk openly about an increasingly aggressive Russia at any round table at that time, and we would often be accused of letting our historical complexes cloud our judgement.

NATO has now come back to its roots. Serious plans were delivered and adequate decisions were adopted in, at least, the last three NATO summits. Certainly, it is still far from perfection and from satisfactory readiness to defend itself, especially if several serious armed crises hit the world all at the same time. However, NATO is back on track and its brain (particularly the part in charge of military thinking) is definitely functioning intensively.

A different Russia should be the focus of Europe’s strategy

Let me come back, though, to Macron’s apocalyptic warnings and his proposals for Europe to embrace Putin’s Russia as if it were the only way to save our civilisation.

I can already imagine how this could bring tears to Putin’s eyes, forcing him to willingly return Crimea to Ukraine, offer his apologies for the lives claimed in the downing of the Malaysian airliner, withdraw his mercenaries from Donbass, Transnistria, Abkhazia and South Ossetia, shut down his troll factories, hand over the culprits behind the poison attack in Salisbury to the UK, turn his attention to the regions in his own country, focus on the villages in Siberia and Astrakhan, see the terrible roads and poisonous factories there, pull back dangerous arms from the Western Military District, scale down Russia’s nuclear capabilities, etc.

Have you got carried away, too?

When US President Ronald Reagan delivered his famous speech at the Brandenburg Gate, urging Mikhail Gorbachev to tear down the wall, there were people who mocked him and called him naïve. But it was the idealist people who believed in freedom that brought down the Berlin Wall. Meanwhile, those who encouraged everyone to embrace the Soviet Union eventually lost. 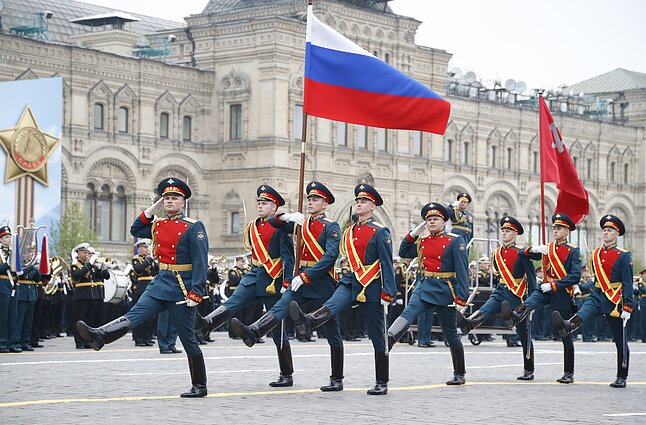 Today, there is no Gorbachev or Reagan on either side of a new wall separating the kleptocratic and aggressive Putin world from the area of freedom and democracy. The European Union currently lacks leaders capable of setting bold strategic goals. Therefore, Emmanuel Macron is trying to fill the vacuum of leadership with his ideas, which will definitely not be able to unite Europe.

All that remains is to reassure those who are concerned, because Macron’s remarks on Russia or NATO should not come as a surprise. After all, we were good friends with the French philosophers and French nobility ever since the times of Catherine the Great who partitioned our country more than two centuries ago.

And let us not forget that France, thanks to French President Charles de Gaulle, was withdrawn from NATO’s military structure for a few long decades. This forced NATO to urgently move its headquarters from Paris to Brussels. It was only a couple of decades ago that France returned to NATO.

Europe needs to have stronger wings to keep flying high. This is our common interest. However, we will not make those wings any stronger if we rely on the current Kremlin and its dirty politics. We therefore need a different strategy, one that focuses on a different kind of Russia, because the Russians are a nation that is capable of living in freedom. They were simply very unfortunate, as they have not yet had the chance to feel what genuine freedom and democratic government means. They have never confronted their history like the Germans had. A different Russia should be the focus of Europe’s strategy.

When faced with truth and freedom, the Soviet Union collapsed, and so will Putin’s Russia. History gives us a chance to learn from it. 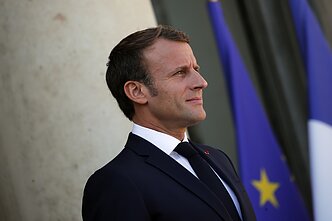 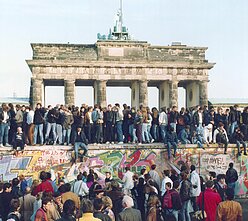 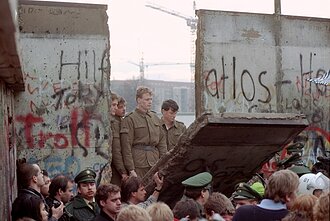 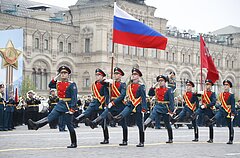 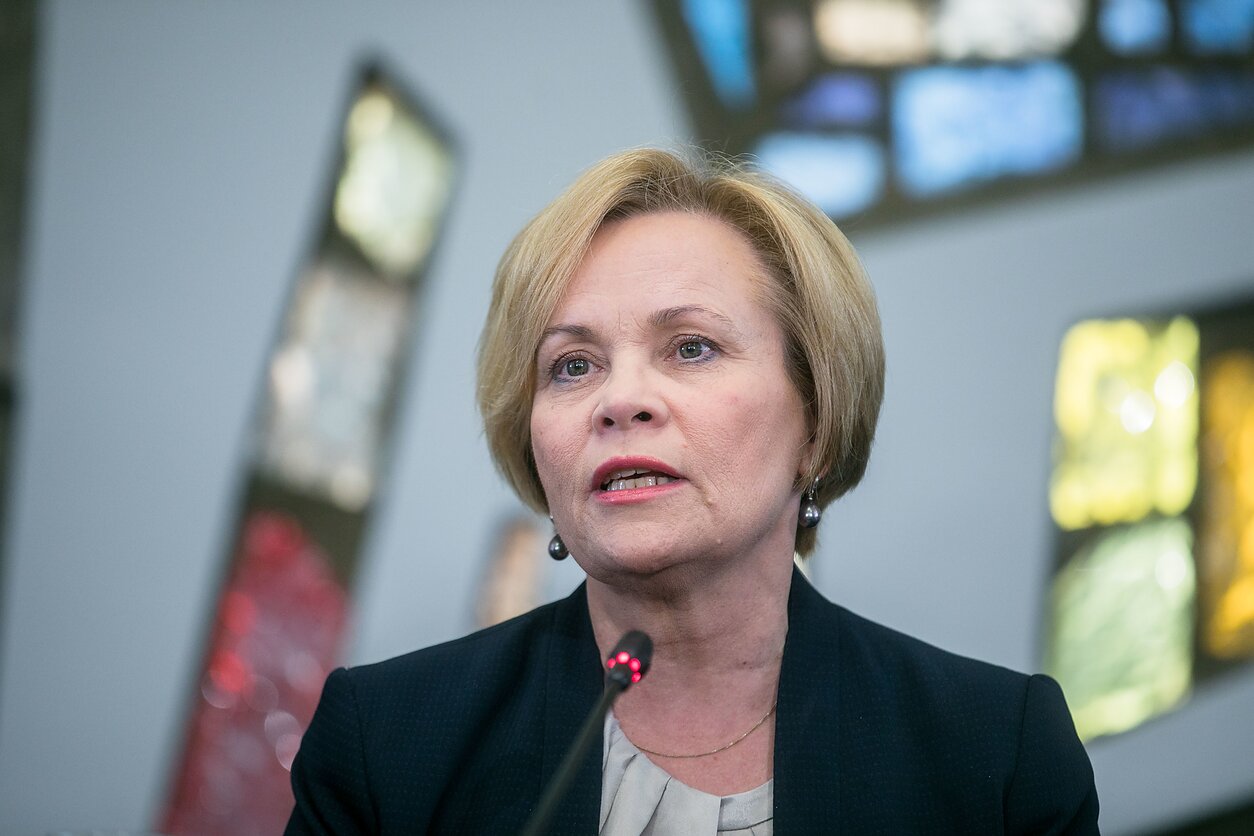 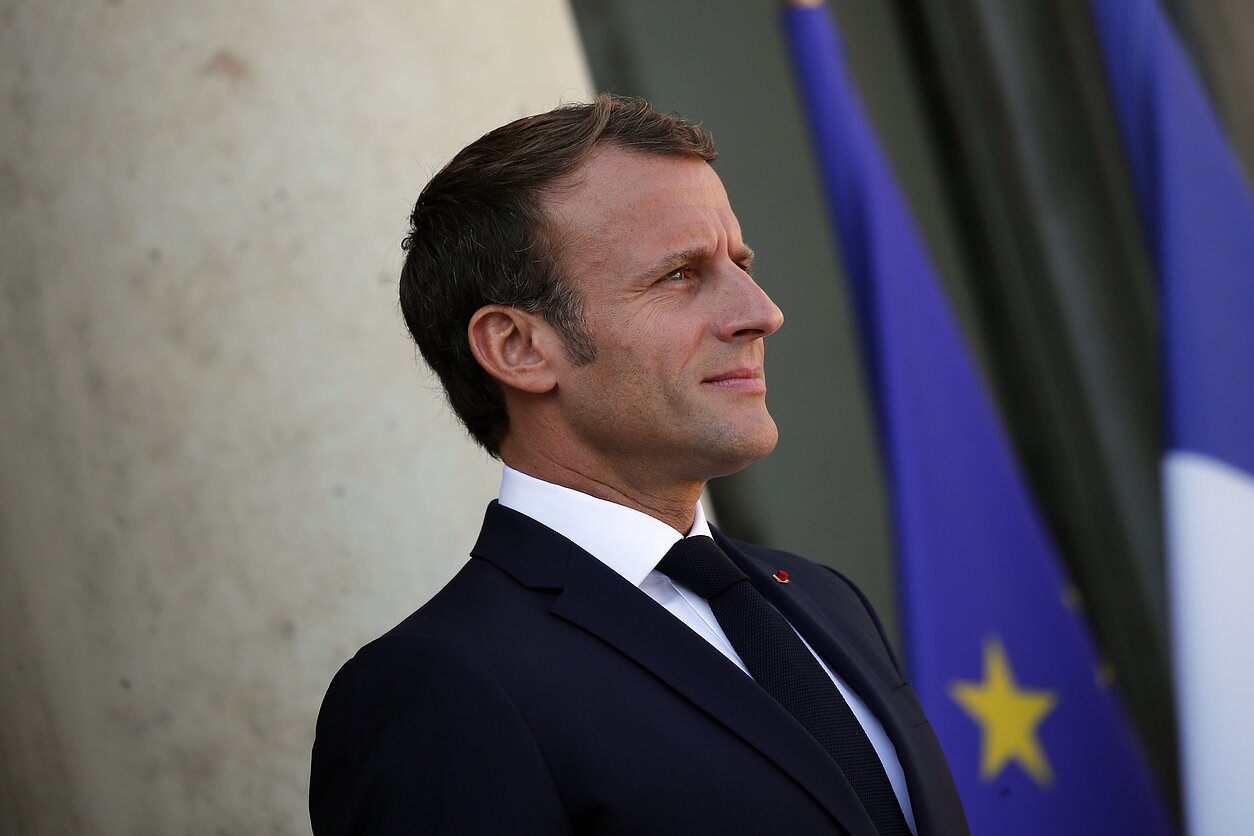 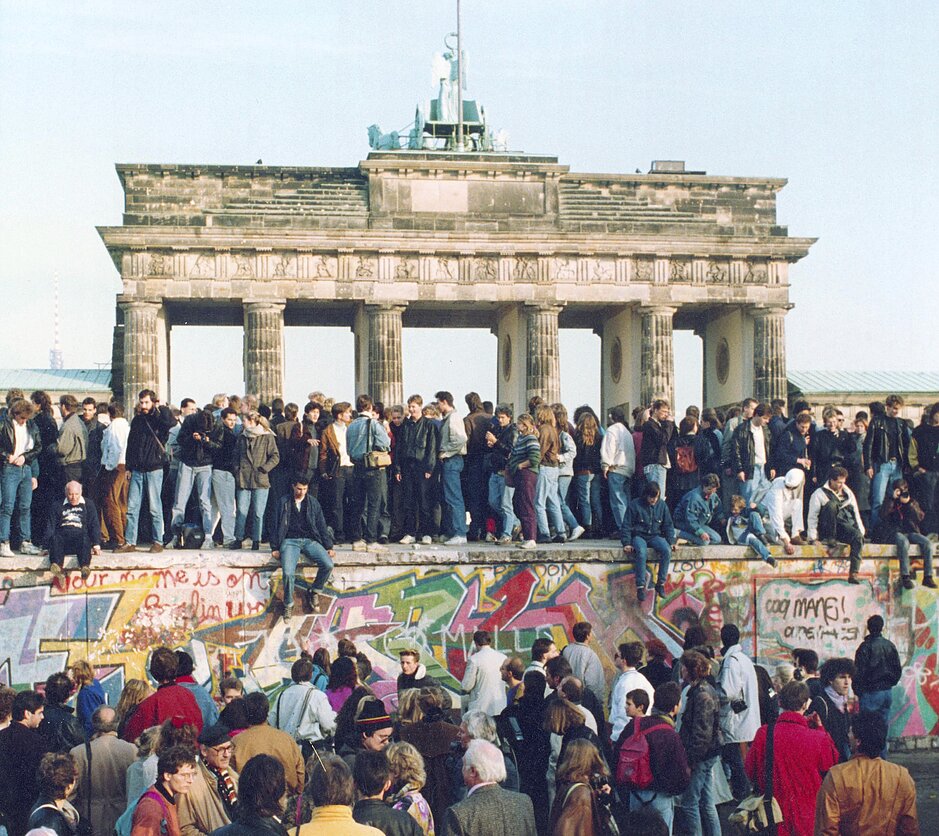 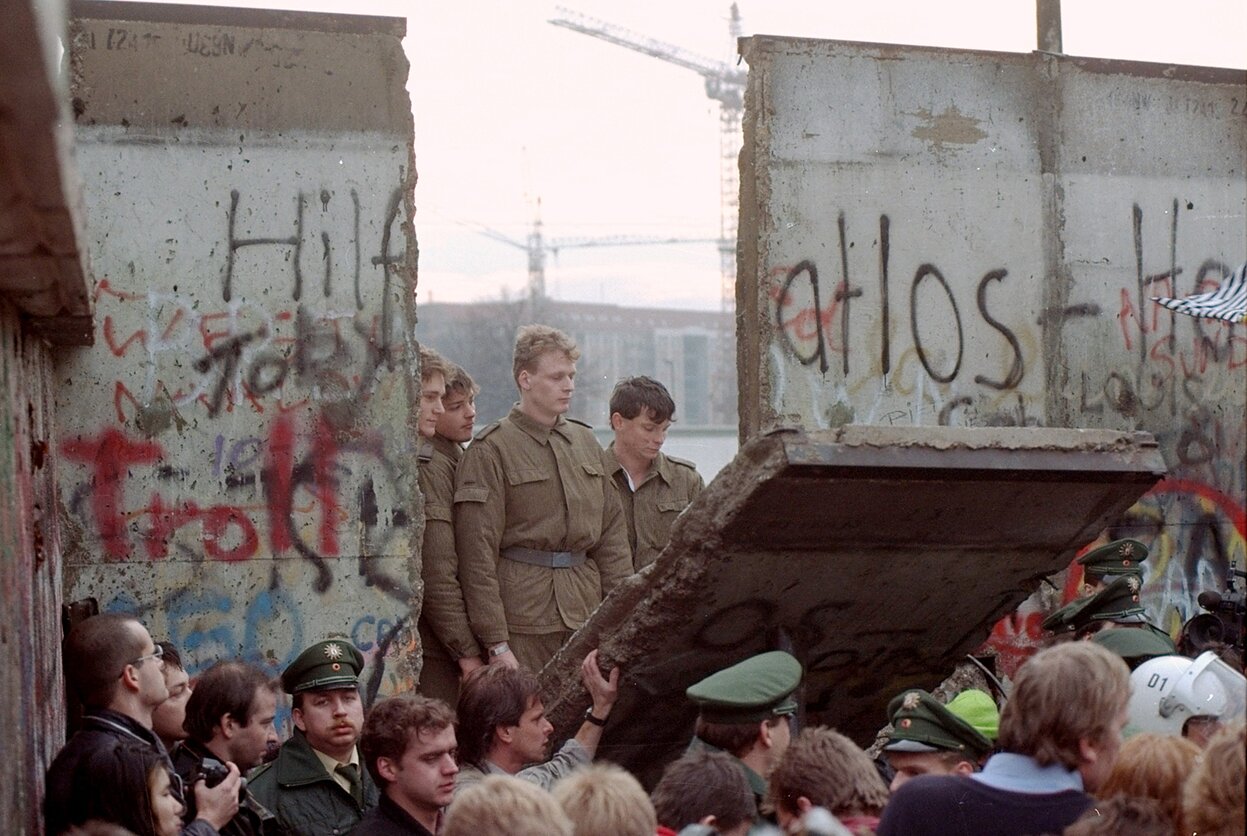 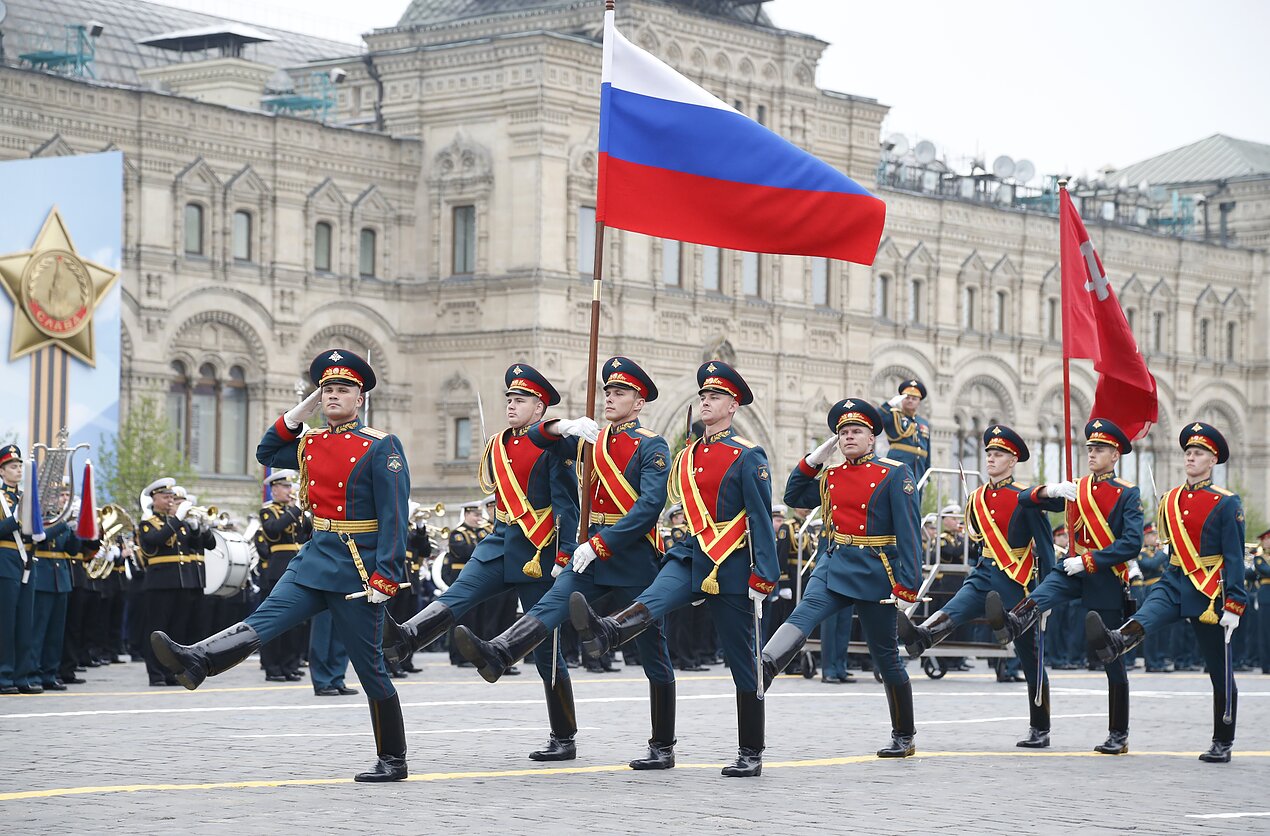