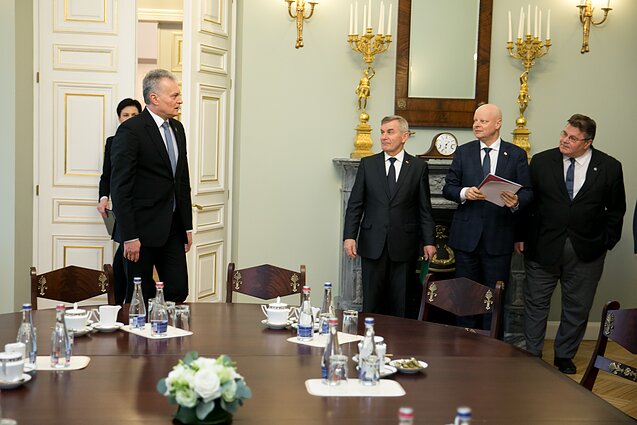 Lithuanian President Gitanas Nausėda is open to a dialogue with Belarus, but will not cross the red lines and will not make concessions to Minsk on the Astravyets nuclear power plant and human rights, his adviser Asta Skaisgirytė says.

“He [the president] reiterated that there's an open dialogue, but, of course, the dialogue will be continued without crossing Lithuania's red lines,” the Lithuanian president's top adviser on foreign policy issues told journalists after the meeting.

“The red lines are the Astravyets nuclear power plant and human rights,” she added.

Since Nausėda became president, Lithuania has been making effort to resume a dialogue with Belarus. The Lithuanian and Belarusian foreign ministers met in New York in September.

However, there will be no concessions over the Astravyets nuclear power plant, the president's adviser said. “The president has no plans to modify that position in any way,” she said.

Asked how specifically the Lithuanian-Belarusian dialogue would be developed, Skaisgirytė said that Belarusian Deputy Premier Igor Petrishenko would attend a ceremony in Vilnius later this week, a reburial of the 1863 uprising participants whose remains were recently discovered. 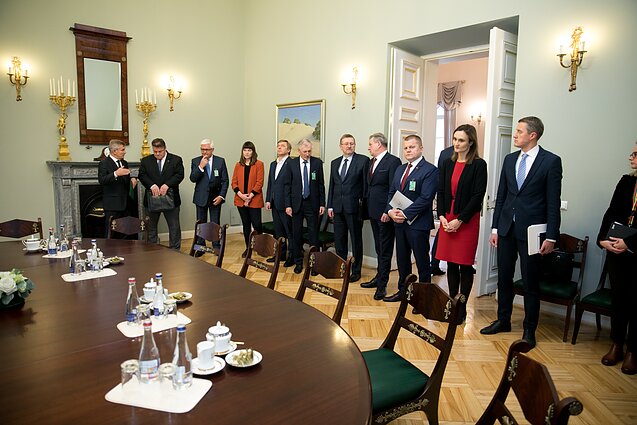 Meeting at the President's Office / BNS

“We have plenty of topics, historic topics, economic, cultural and many different topics [to talk about],” the presidential adviser said.

However, the Lithuanian president will not meet with the Belarusian deputy prime minister, she added.

Issues related to the Astravyets nuclear power plant are the key sticking points in the Lithuanian-Belarusian bilateral relations, with Lithuania claiming that the power plant, set to come online next year, is unsafe, which Minsk denies. 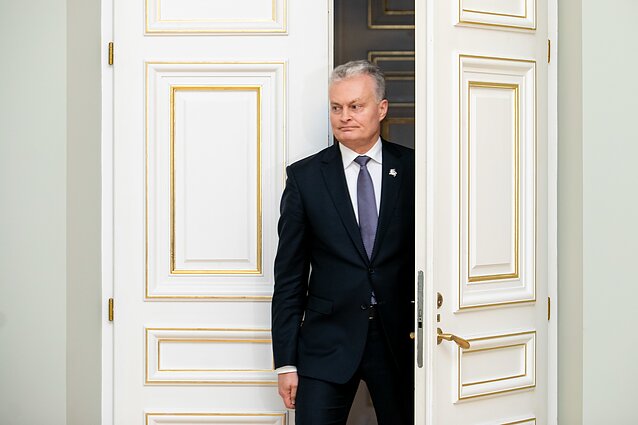 During the meeting at the Presidential Palace in Vilnius on Tuesday, Foreign Minister Linas Linkevičius said Lithuania's attitude towards the power plant had not changed, but the absence of dialogue with Belarus “does not further our national interests”.

“We should talk. How much that will affect the situation is another question,” the head of Lithuania's diplomatic service said.

According to him, Lithuania will try to help Belarus preserve as much independence from Russia as possible. “We see the pressure it is under from the eastern neighbour. A dialogue with Lithuania could probably help this country,” Linkevicius said. 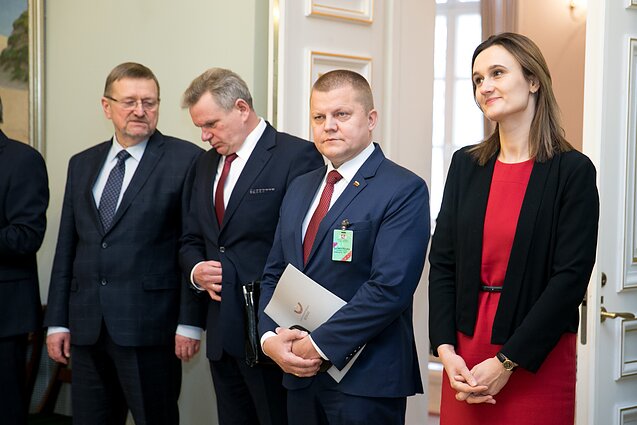 Meeting at the President's Office / BNS

Juozas Bernatonis, the chairman of the parliamentary Committee on Foreign Affairs, expressed hope that politicians would not try to use the Astravyets nuclear power plant issue to campaign for next year's general election, saying that it would be cynical.

“As far as I understand, there are different attitudes. One is to speak and have red lines in mind, and the other one is to draw red lines as a precondition for speaking,” HU-LCD MP Radvilė Morkūnaitė-Mikulėnienė said. 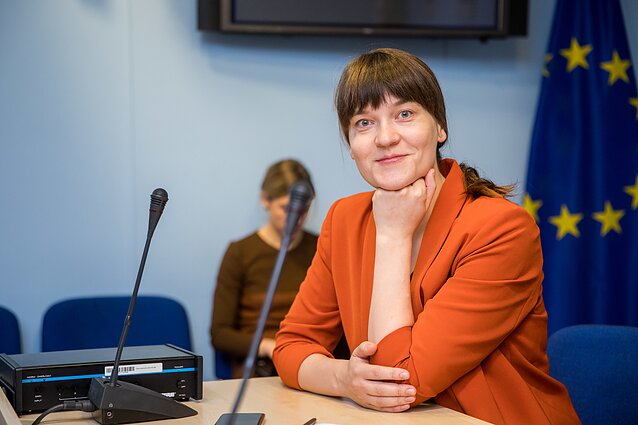 “To our standard, it was not a completely free election. We have that situation in Belarus for many years, and the situation around this election did not change,” Skaisgirytė said.

Lithuania's support to Ukraine was also discussed during the Tuesday's meeting at the Presidential Palace.

According to Skaisgirytė, the president wanted to hear opinions on ways to strengthen ties with Kyiv and how Lithuania could support Ukraine and its European integration aspirations.

Lithuania is now helping Ukraine to carry out reforms in its public sector and is also providing humanitarian and military assistance.

Vilnius will host the Ukraine Reform Conference in July.

“It's one in the line of important conferences, started in London and later held in Copenhagen and Toronto this year, involving financial institutions, the European Central Bank, the Bank for Reconstruction and Development, the World Bank, and donors,” the foreign minister said.

“We want it to be not just another conference, but [part of] a comprehensive reform process,” he added. 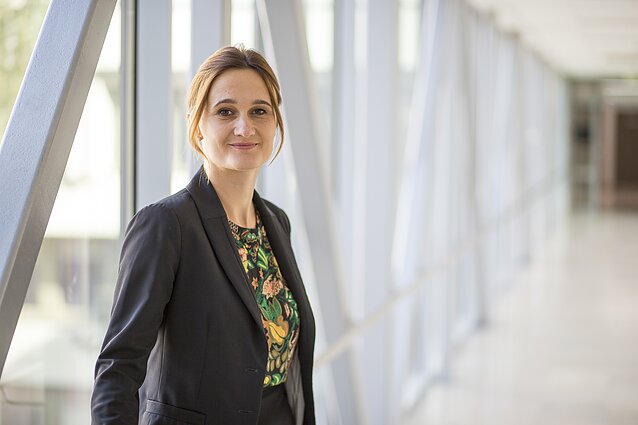 “We are friends of this country and wish for the complicated situation Ukraine is in to be resolved as successfully as possible,” Viktorija Čmilytė-Nielsen, MP and the leader of the opposition Liberal Movement, said.

Ukrainian President Volodymyr Zelensky is to visit Lithuania next week. 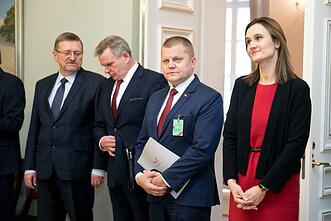 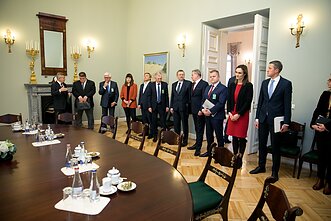 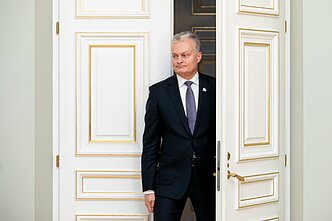 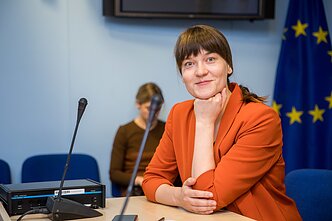 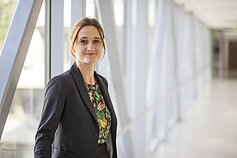 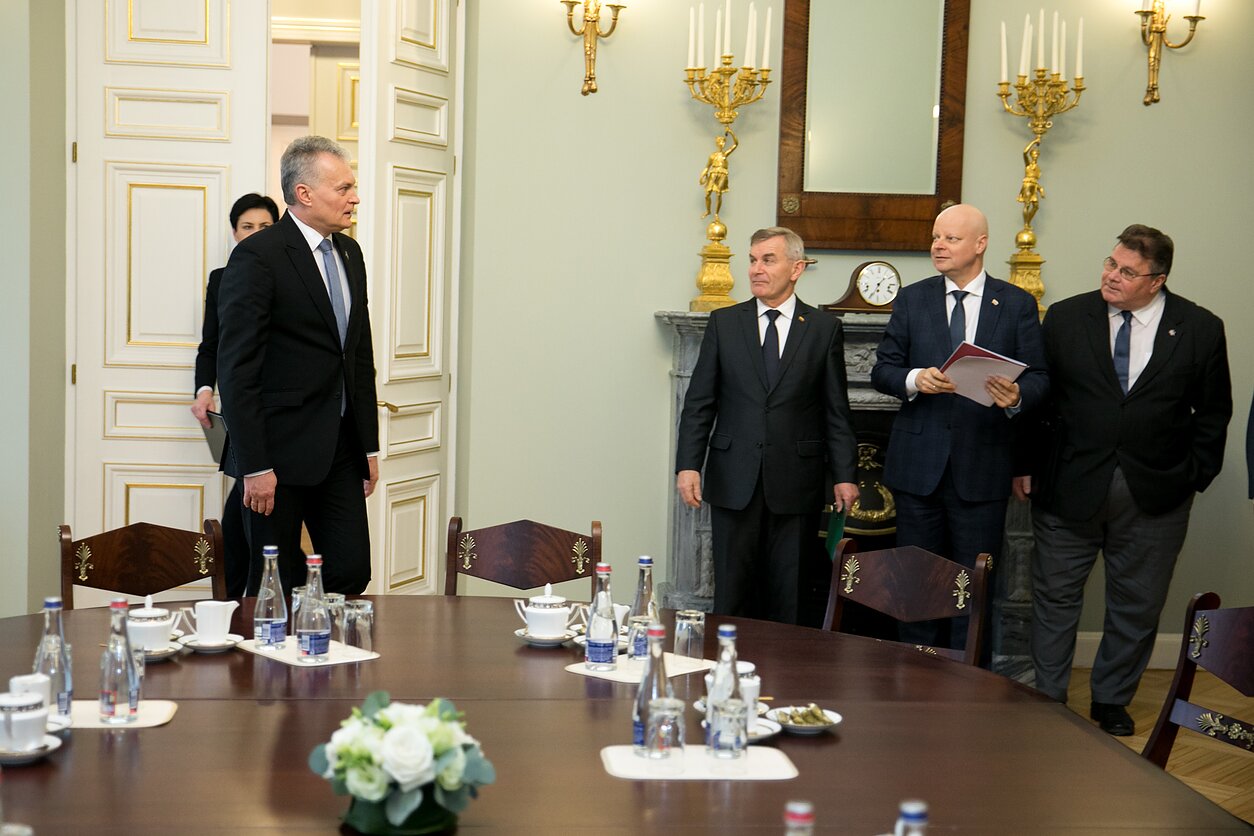 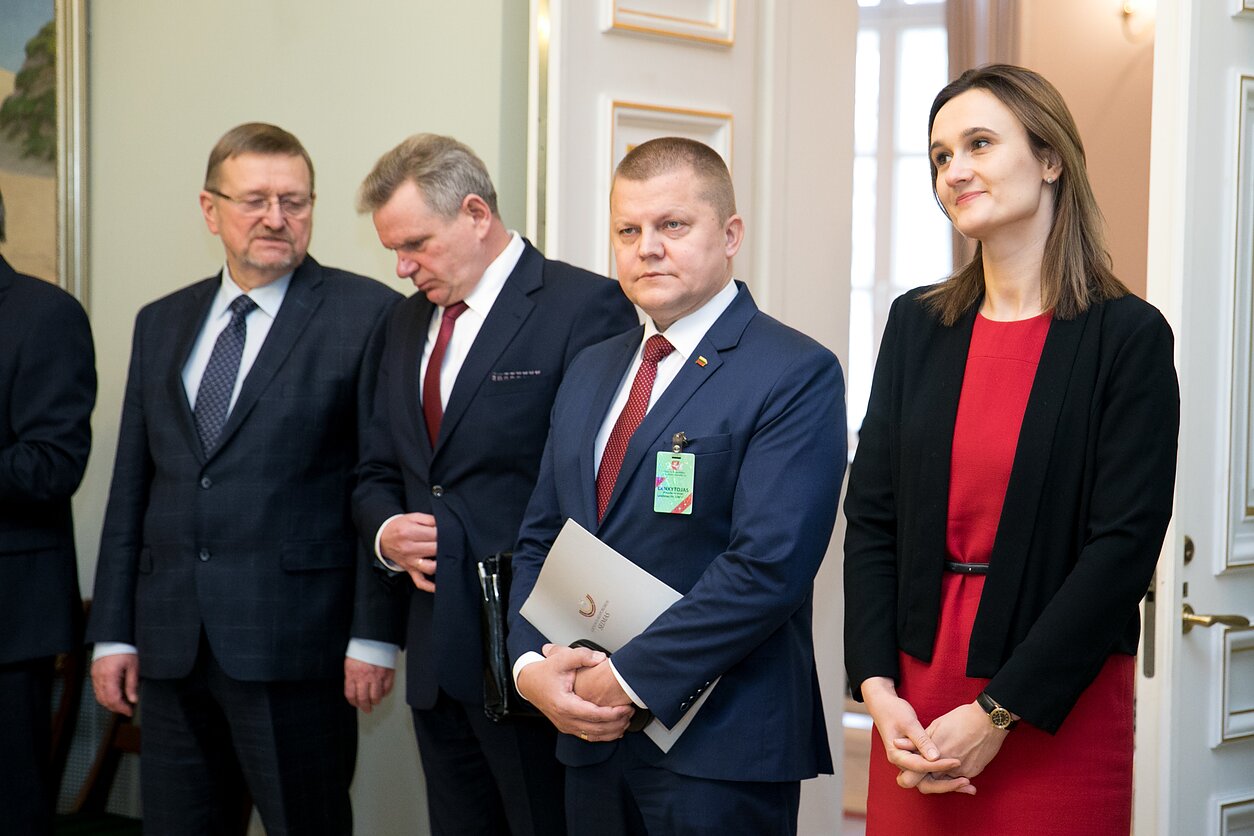 Meeting at the President's Office
2 / 6BNS 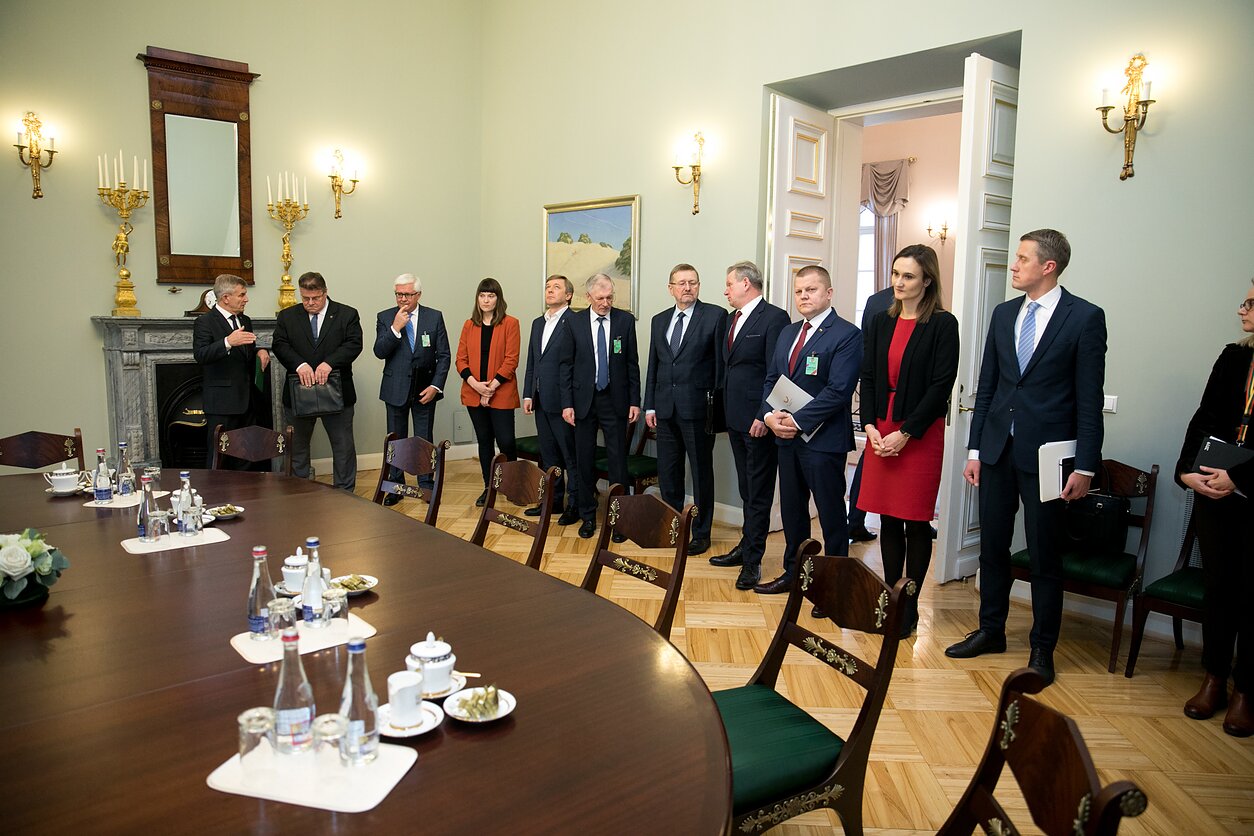 Meeting at the President's Office
3 / 6BNS 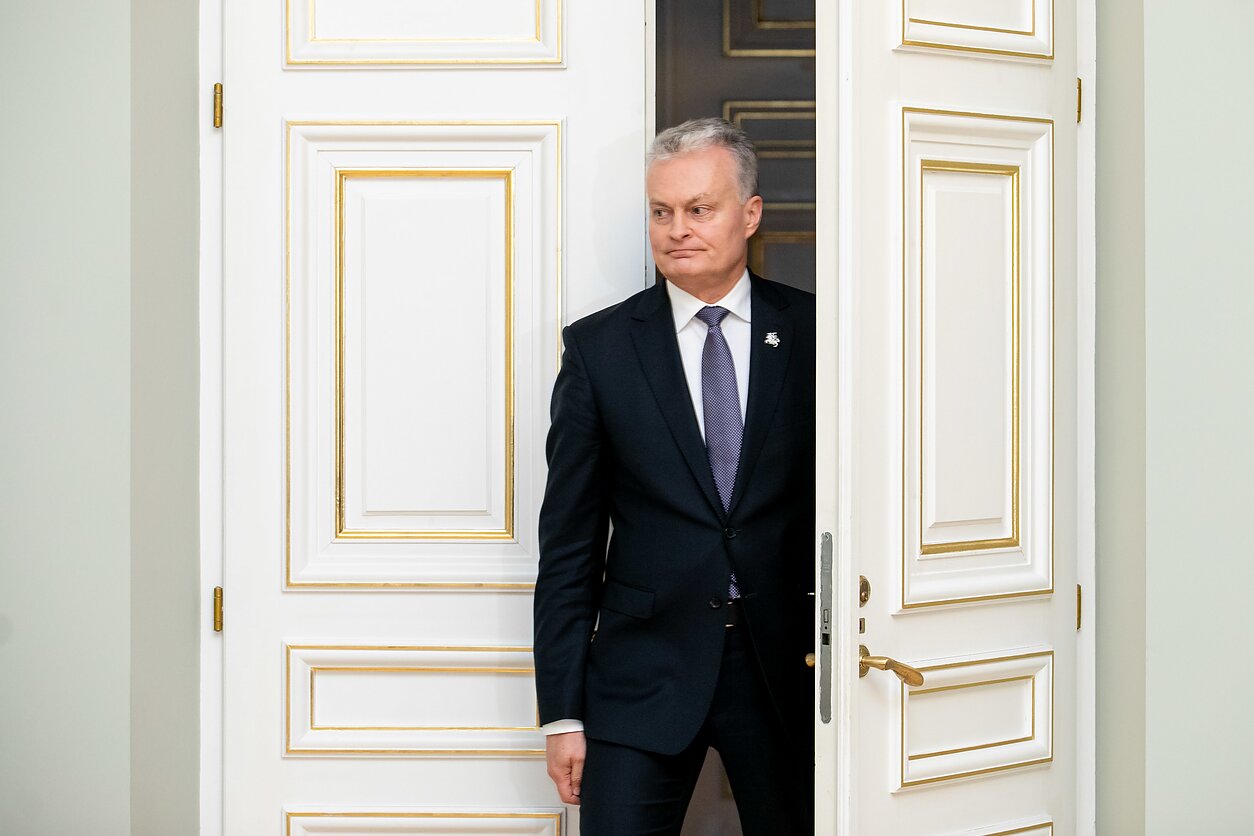 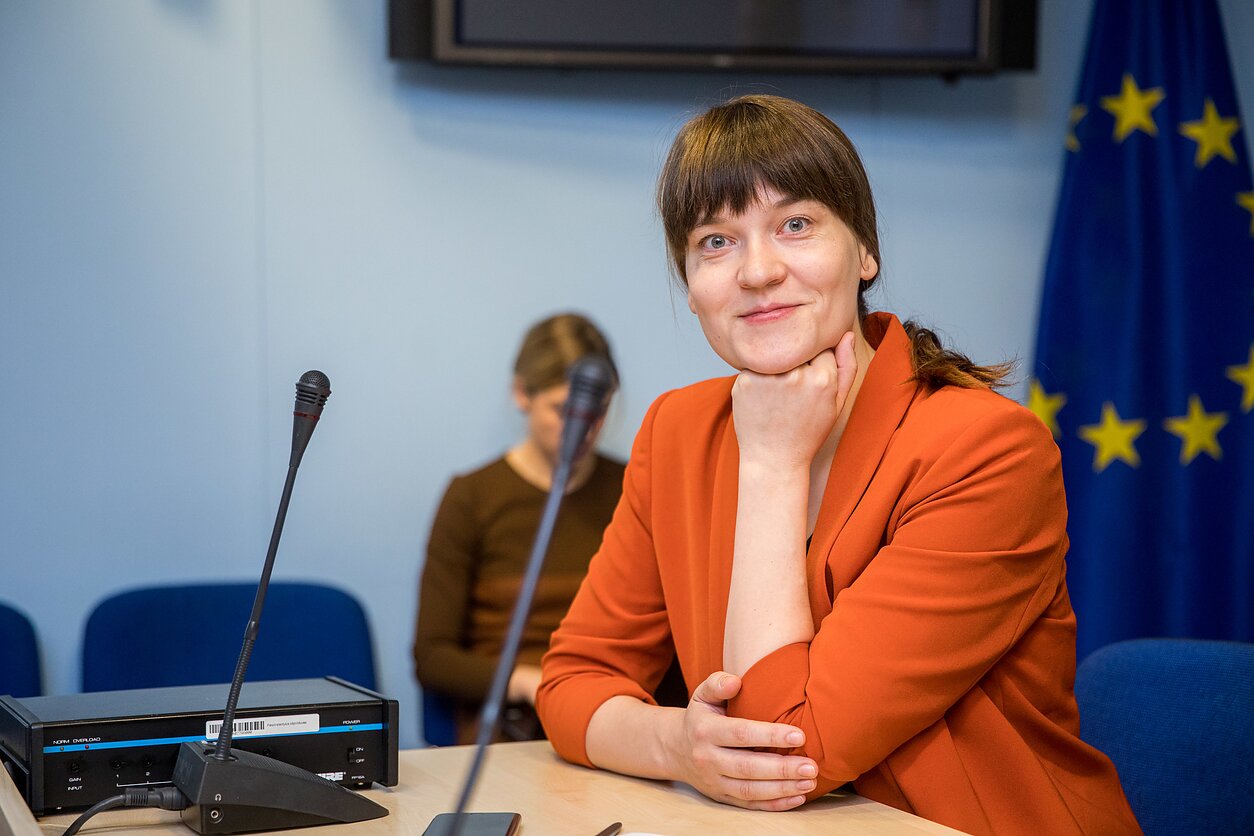 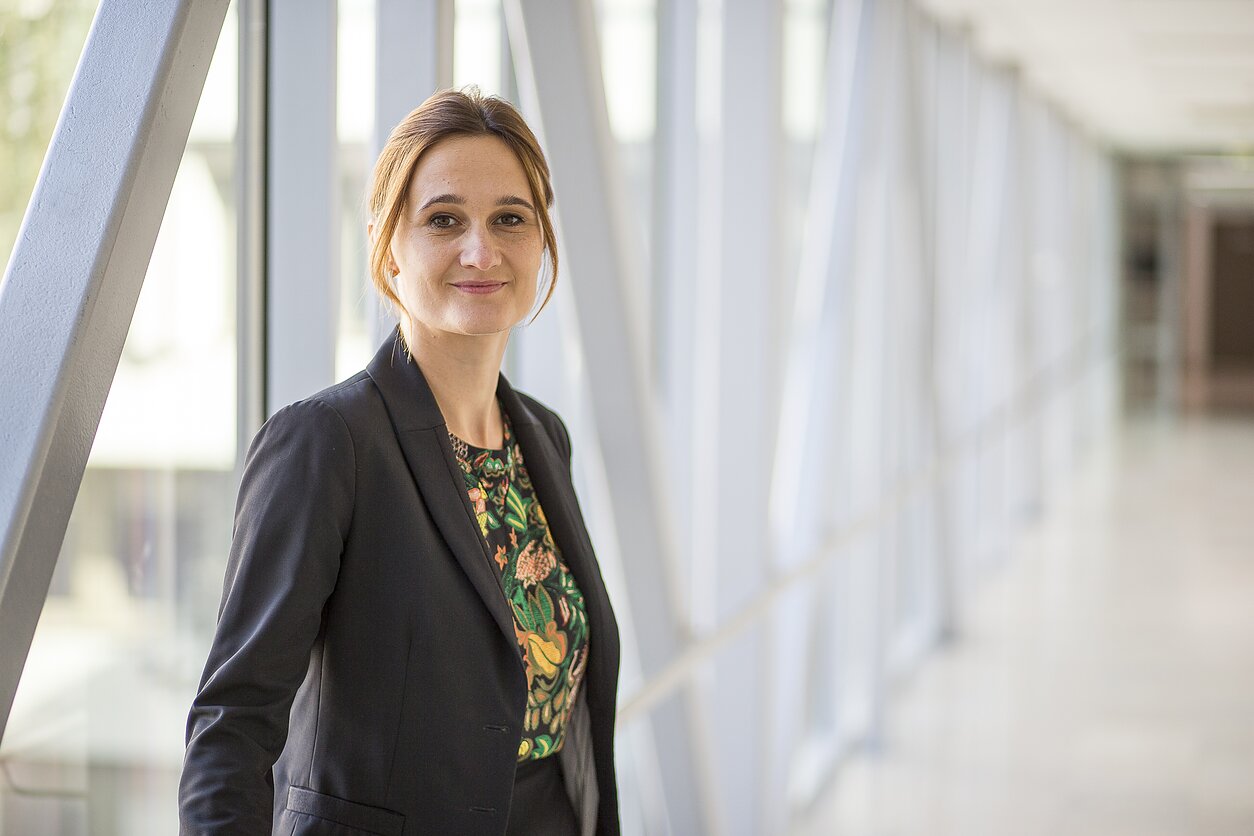