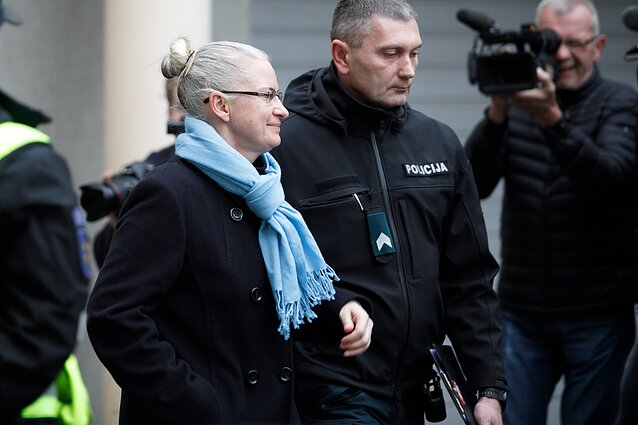 Neringa Venckienė, a former member of the Lithuanian parliament and judge recently extradited from the United States, will be released on a 10,000-euro bail after a Vilnius court satisfied her appeal on Tuesday.

Commenting on the ruling, which is not subject to appeal, Judge Aušra Bielskė noted that Venckienė was suspected of three offences which did not necessarily carry prison sentences.

No measure of restraint was imposed on Venckienė before her departure from Lithuania, and there are no grounds to consider the suspect a flight risk, according to Bielskė.

Venckienė fled Lithuania in 2013 after the parliament stripped her of legal immunity. She was extradited from the United States this month.

On November 8, Kaunas District Court ruled to remand Venckienė in custody for two months, saying there was a risk that she might hide from law enforcement.

The appeal was examined by the Vilnius court after Kaunas Regional Court, where Venckienė has worked in the past, recused itself from hearing it.

The former judge and lawmaker was flown back to Lithuania from the US on November 6. The charges against her are refusing to obey a court order, resisting a police officer, hindering a bailiff, and hitting Laimutė Stankūnaitė, the mother of her niece.

Venckienė left Lithuania in 2013 and was arrested in Chicago in February 2018. She says the accusations are politically motivated.