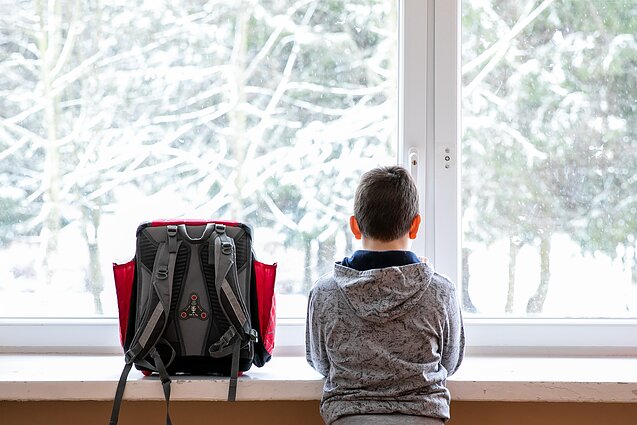 Over 500 Ukrainian students, many of them from Donbass war zone, are currently studying in Lithuanian schools. Yet, it’s not only the children that need support to integrate and bridge Lithuanian and Ukrainian cultures.

“One child told his teacher that he really likes it here. After being asked why, he said, because there’s no shooting here,” says director of Vilniaus lietuvių namų school in the Lithuanian capital, Gintautas Rudzinskas. The school now hosts 52 children from Ukraine.

According to Rudzinskas, it’s important that the arriving children have all the necessary conditions to learn, but also a chance to find respite from the conflict-torn region.

“We are waiting for another 15 students from the war zone who should come in November,” says Rudzinskas, adding that many choose to stay in Lithuania. “They learn in Russian language, because [they’re] from Donetsk and Luhansk which are Russian [speaking] territories [...] and then they attend ‘equalizing’ classes and continue learning with the rest of the children” in Lithuanian, he adds.

Out of the 52 Ukrainian children in the school, 20 are from Donbass. Others include children from other Ukrainian regions, as well as those with Lithuanian family roots.

The goal is to provide opportunities to unplug from the environment they have lived through. “That’s why we take them to many events [...] we pay a lot of attention to national and patriotic celebrations,” says Rudzinskas.

To keep the Ukrainian students busy, the school keeps a long list of post-curriculum activities, including cookery, sports, town and museum visits. The children live in shared accommodation that include free meals.

Rudzinskas recalls that during the first years of the programme, the school had to hire psychologists to work with the children who were mostly scared and worried. Luckily, says Rudiznskas, “our children welcome [the Ukrainians] very nicely”. His school currently employs one psychologist. 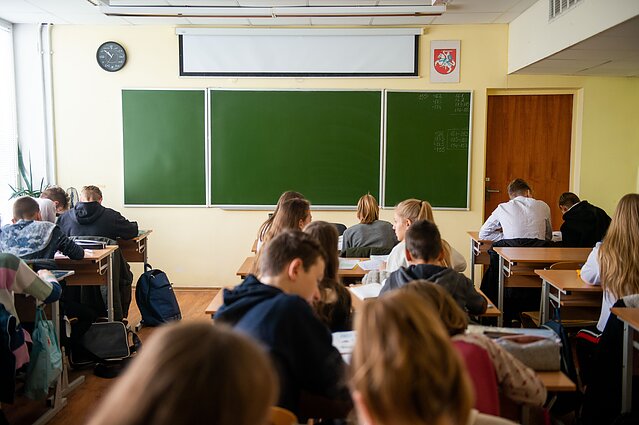 Some teachers have to brush up on Russian language

Mayor of Akmenė Region Vitalijus Mitrofanovas tells LRT.lt that teachers dedicate a lot of time to teach the Lithuanian language. “I know that some teachers even need to order exercise books [for themselves] to remember the Russian language so they can better help the students,” says Mitrofanovas.

Although, this means additional work for the teachers and also some education time taken off the other local students. It would be fair, says Mitrofanovas, if teachers were to receive bonuses for the extra effort.

Akmenė regional administration has established a full-time employee to deal with foreigners’ integration. According to the mayor Mitroganovas, the parents as well as the children need help to adapt. If the parents find jobs and will integrate successfully, the children will also feel safer, says Mitrofanovas.

Yet, according to Olga Orienė in Naujoji Akmenė town in northern Lithuania, the children arrive willing to learn, but it’s also sometimes the teachers themselves that need support.

She works individually with the children from Ukraine, and once a week has a Lithuanian language lesson just for them. “The main goal is to create conditions that the students could communicate, gain cultural competencies [...] we learn step by step.”

“I tell my students not to be afraid to make mistakes,” she adds. At the moment, the students are not graded, except for arts, IT and Russian language lessons. “I also gave dictionaries to the teachers,” says Orienė. “I think it’s difficult for them [...] if there are 27 children in a classroom [...] there should be an assistant.”

Children psychiatrist Linas Slušnys tells LRT.lt knowing the local language is the first to integrate successfully for both the children and the parents. According to him, it’s easier for the children to adapt in a new environment because they’re not separated from the others and learn together with the other Lithuanian students.

However, it’s also “the adults also need to adapt to the children […] and help them,” says Slušnys. The society shouldn’t expect the children to learn the Lithuanian language in several weeks, and “it’s most important that the child feels he has help and support”.

The most pressing issue is that the children have lived through war, where there were no rules, no rhythm of life, according to Slušnys. “I imagine there’s a need to reestablish this rhythm, certain rules, and that isn’t easy.” 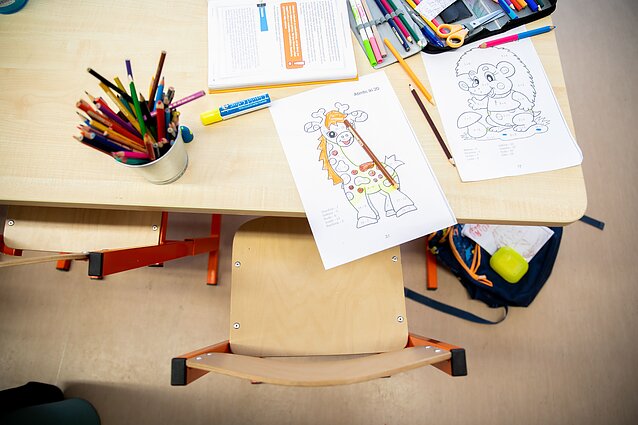 There are no education programmes especially designed for the Ukrainians, according to Lithuania’s education ministry, and they receive the same support as other foreigners in the country.

For the first time this year, the schools will be able to adjust the curriculum for individual students so that they could learn Lithuanian language more intensely instead of another subject, the ministry said in a comment sent to the LRT.lt.

However, besides the difficulties arising from the language barrier, the differences in education systems are also pose certain challenges. “For example, they have never learned Lithuanian history, geography, Lithuanian literature, there are differences in biology and chemistry programmes,” according to the ministry.

According to the ministry’s data, there are 518 children in Lithuanian schools. 190 of them came to the country only for studies, while the other 328 are Ukrainian citizens that are permanently living in Lithuania. 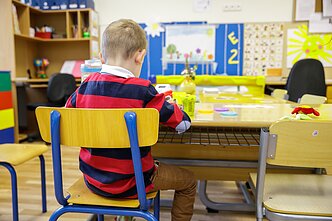 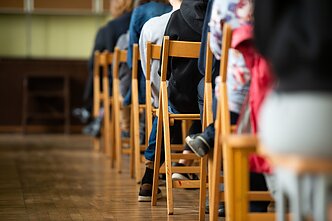 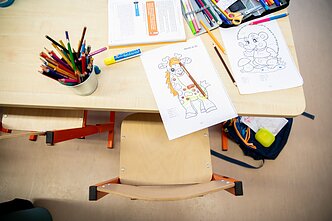 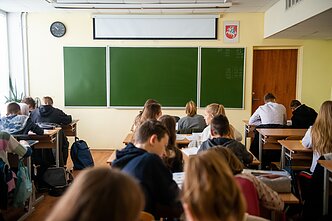 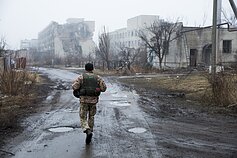 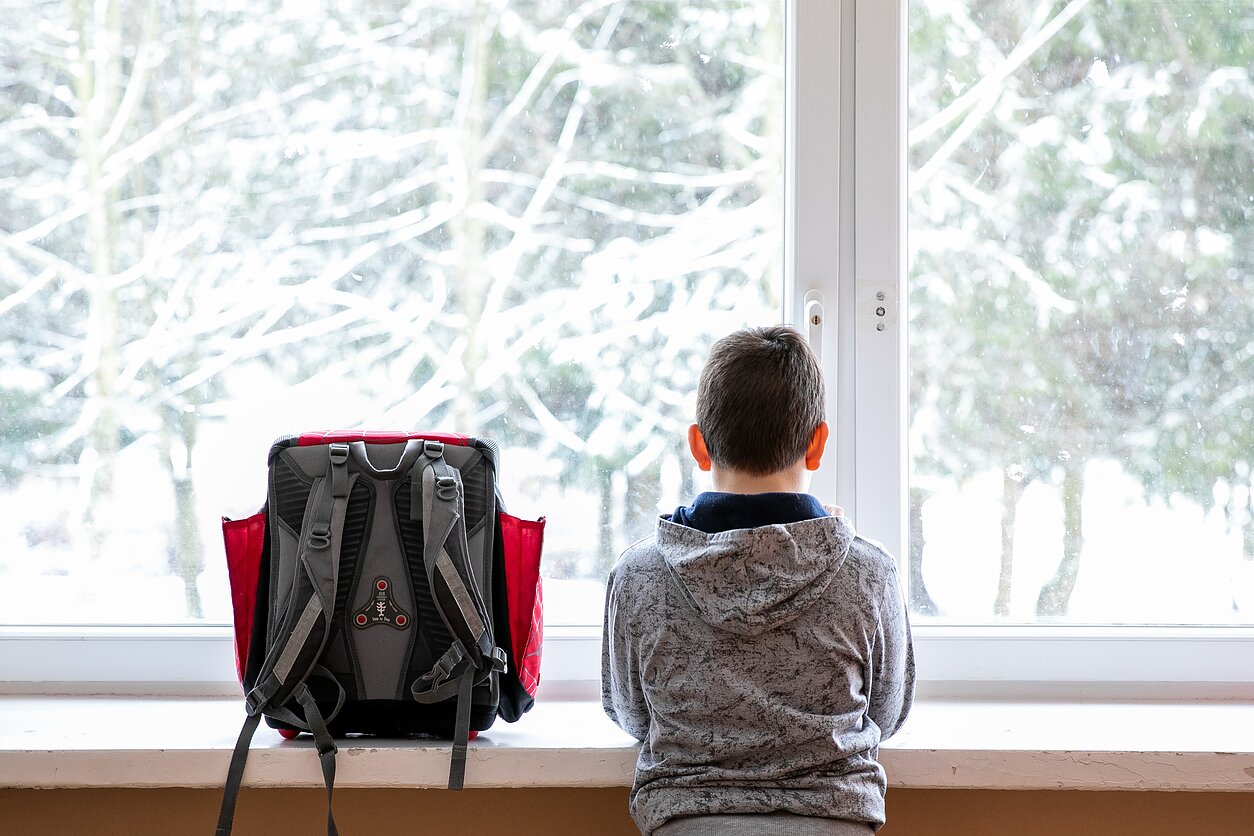 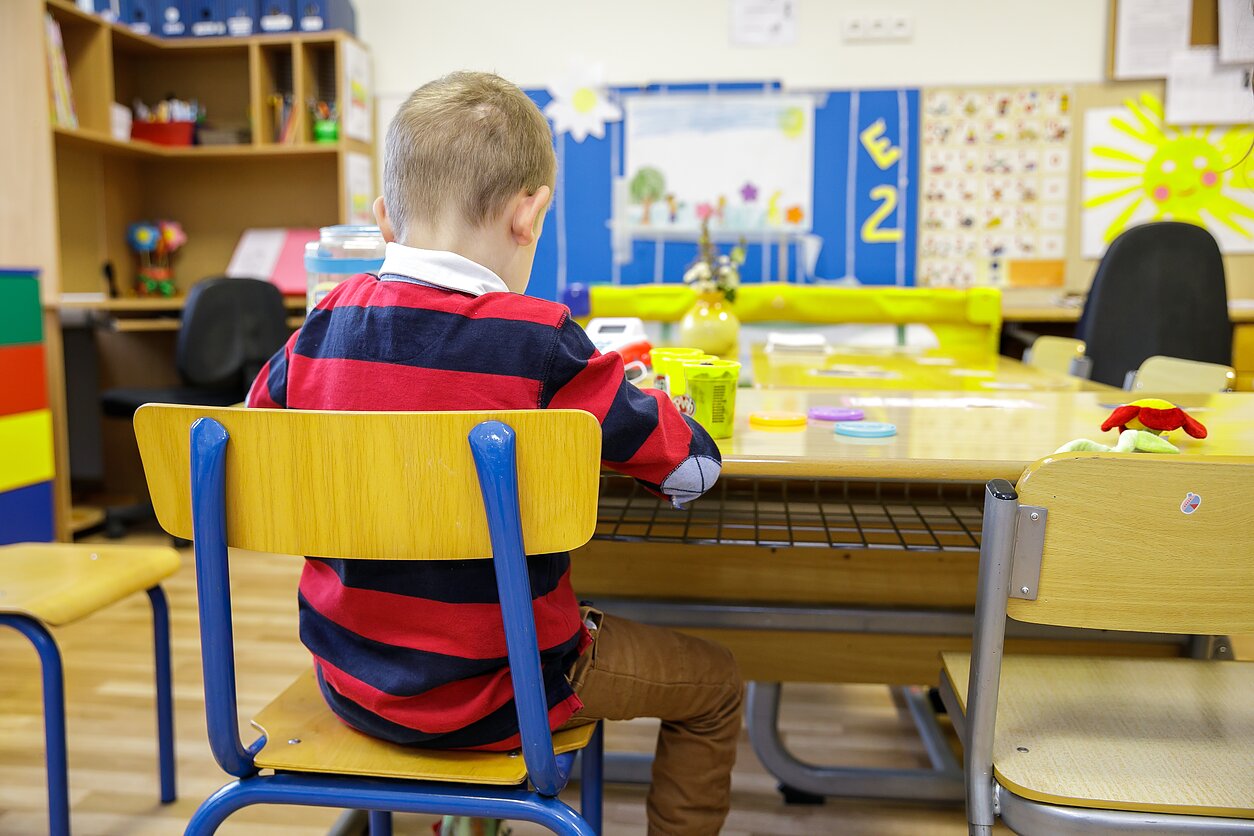 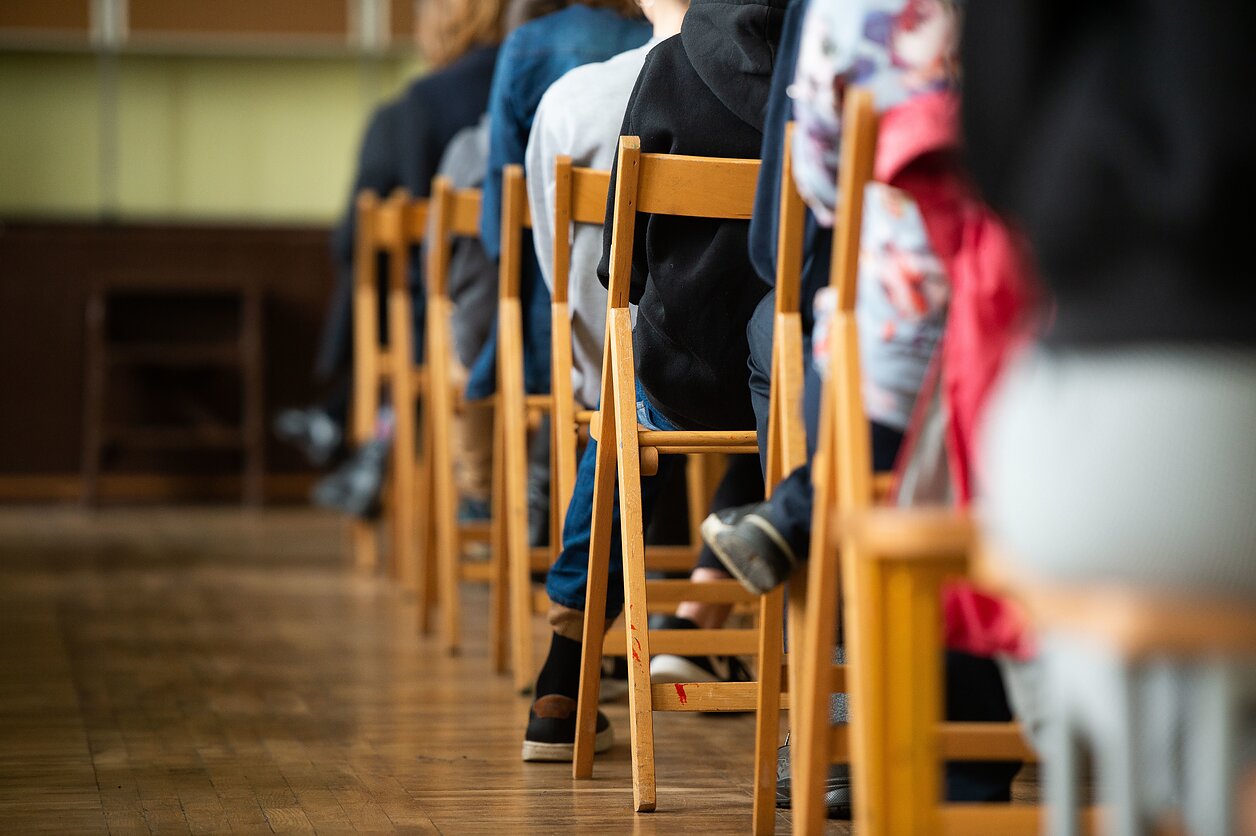 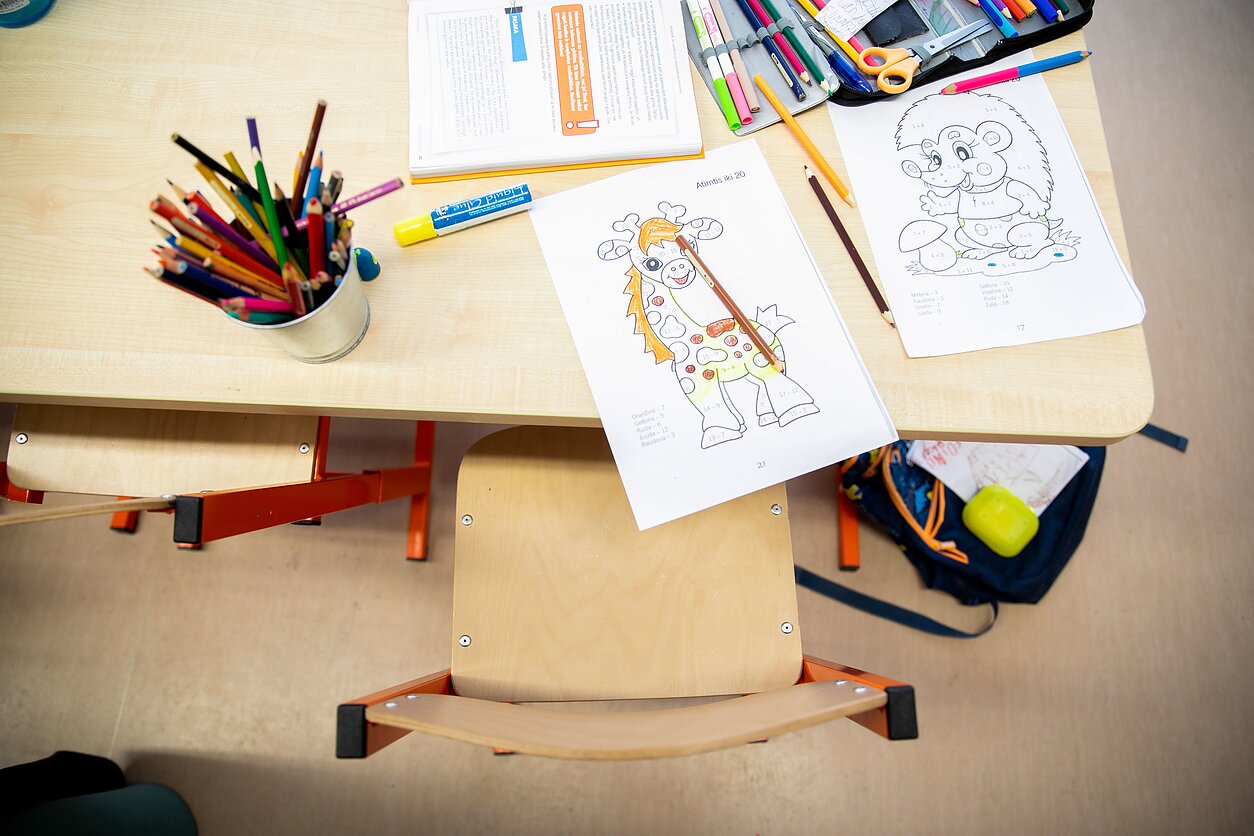 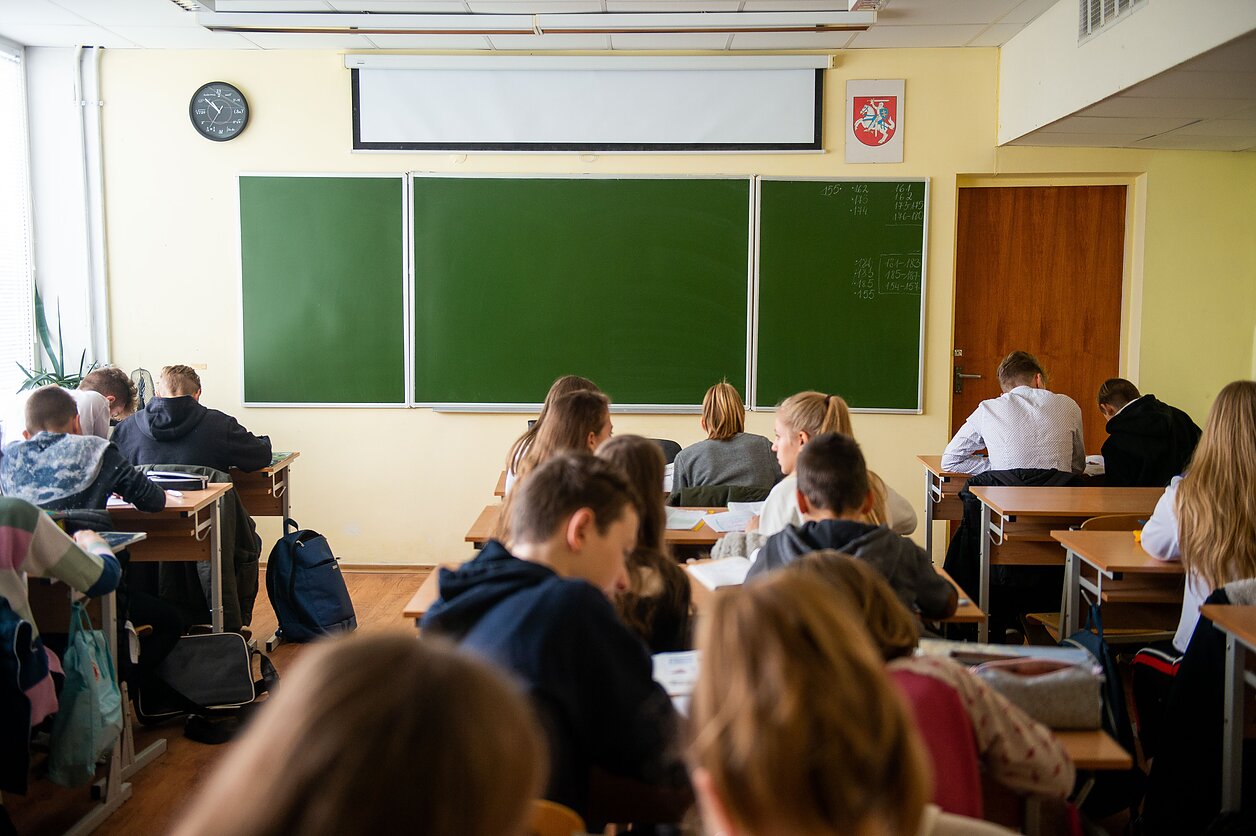