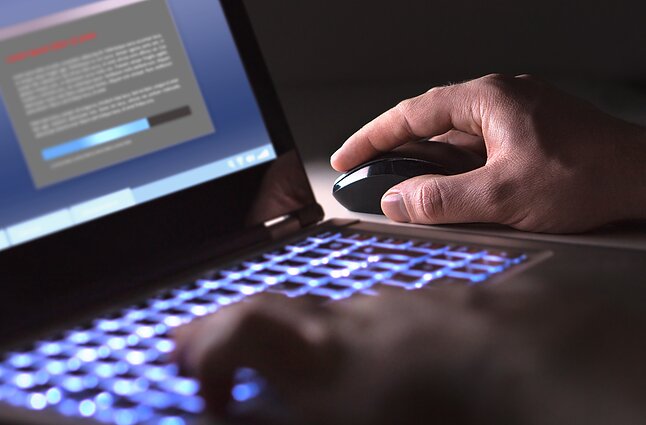 Forty-five percent of young Lithuanians have intentionally downloaded content from illegal sources online, the biggest share in the EU, according to a study by the European Union Intellectual Property Office (EUIPO).

Overall, over a half of young Europeans, 51 percent, say they have never pirated any content online. A similar survey in 2016 gave the share of 40 percent.

The EUIPO study surveyed people between 15 and 24 from 28 EU countries about their internet use habits, including accessing films, TV series and music from illegal download or streaming sites.

Lithuanians are the worse offenders, with 45 percent admitting they have intentionally used illegal sources on the internet (40 percent in 2016) and 29 percent saying they have never accessed pirated content. 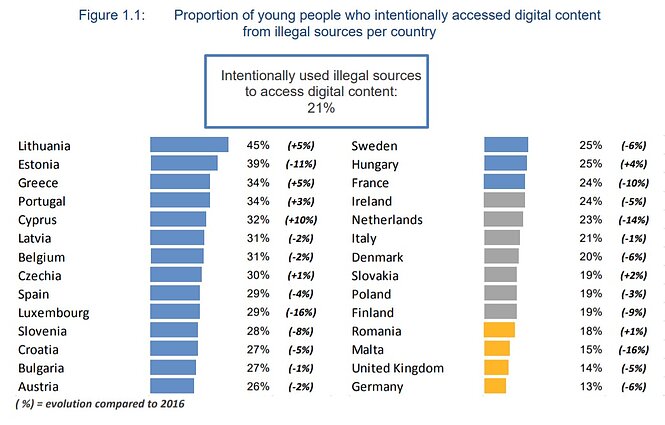 According to the survey, online piracy is least prevalent in Germany, where only 13 percent of young people have intentionally downloaded content illegally, the UK (14 percent), Malta (15 percent) and Romania (18 percent).

The full report can be accessed here. 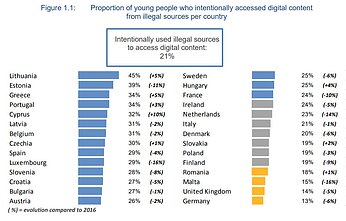 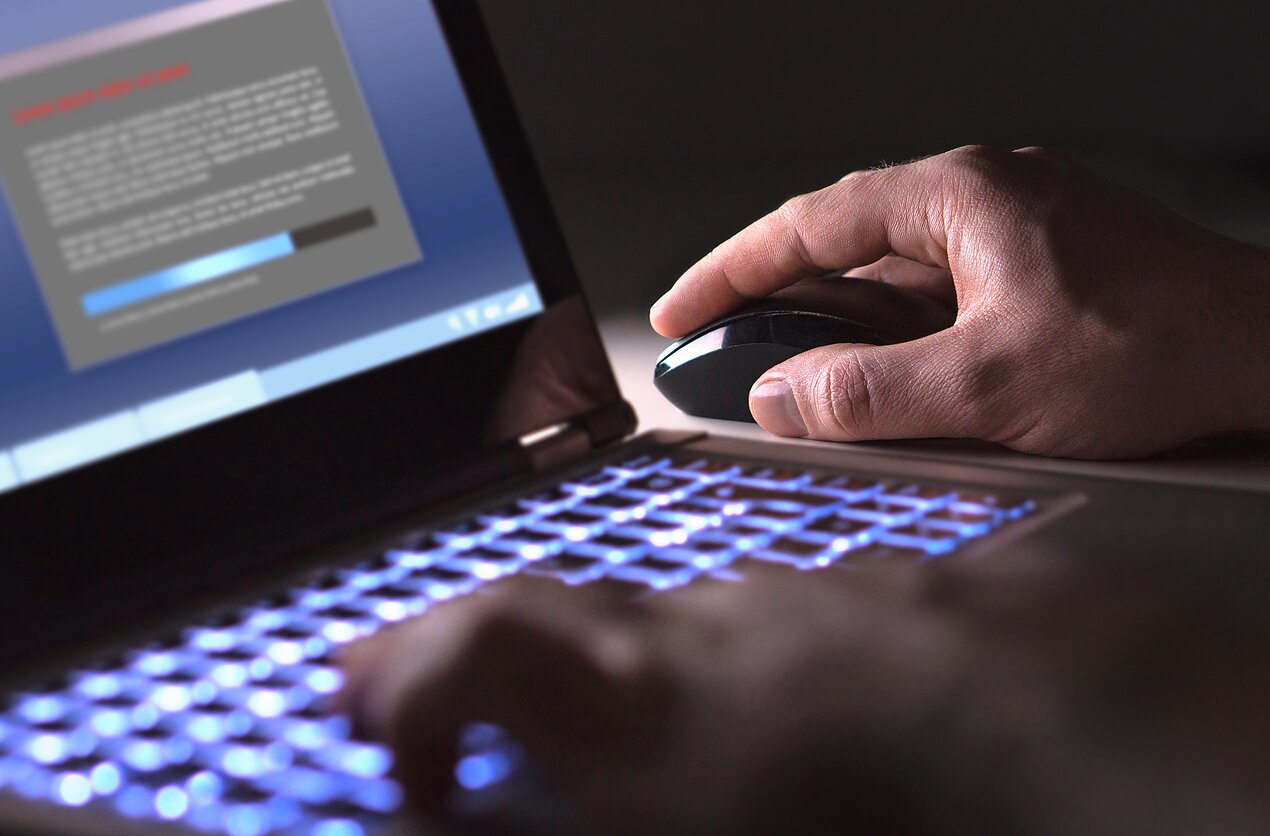 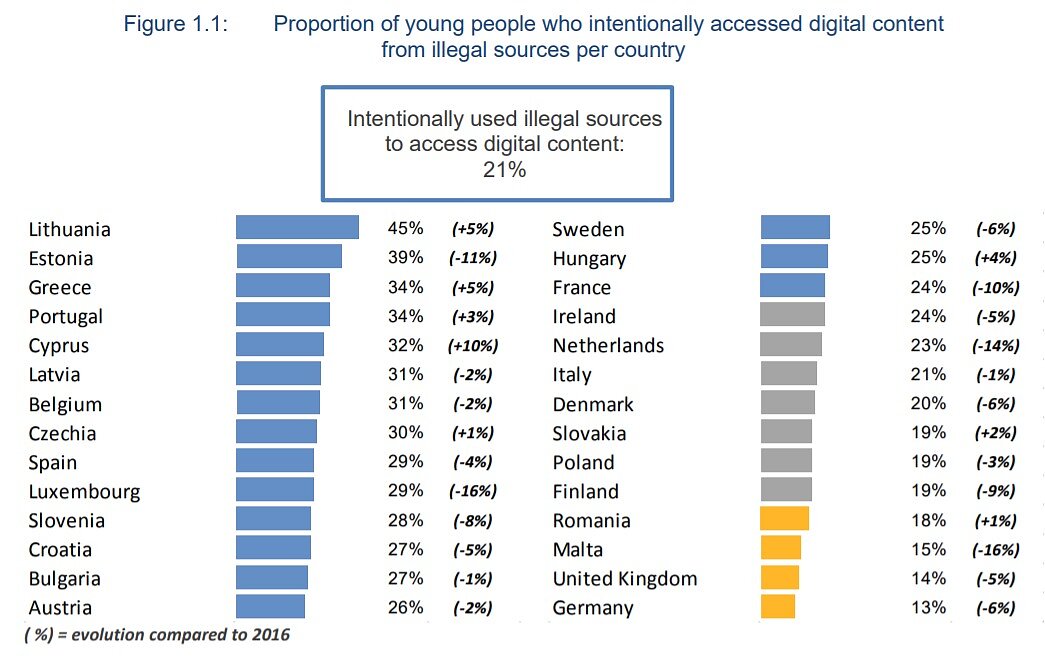 # Economy# Baltics and the EU# Society