International military exercise of 4,000 soldiers kicks off in Lithuania 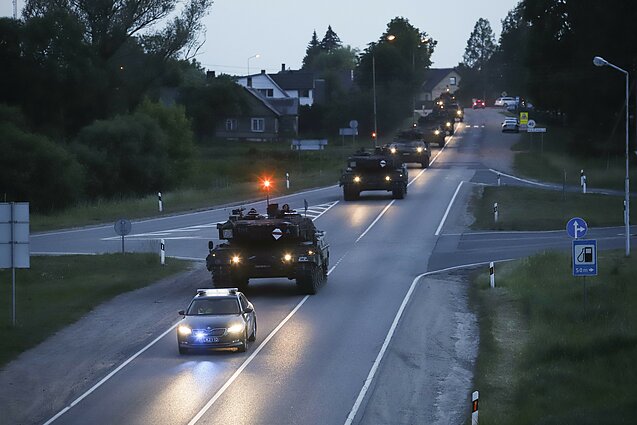 Military equipment moved for the Iron Wolf 2019-II exercise / I. Budzeikaitė/Ministry of Defence

An international military exercise involving 4,000 troops from Lithuania and a dozen other NATO countries starts in the training area in Pabradė, Švenčionys District of Lithuania on Monday.

The Iron Wolf 2019-II exercise will train troops to plan and execute assault and defence operations, the Ministry of National Defence said.

The exercise is aimed at assessing the preparedness of the allied battalion, stationed in Rukla, Jonava District, to interoperate with the command of Lithuania's mechanized infantry brigade Iron Wolf.

The main stage of the Iron Wolf 2019-II exercise will last until November 18, and the return of equipment to the place of its permanent deployment is planned on November 18-22, the ministry said.

The exercise involves troops from Lithuania, Belgium, the Czech Republic, the United Kingdom, Estonia, the United States, Poland, Norway, the Netherlands, Portugal and Germany. Also, some 1,000 units of military equipment will be used during the training.