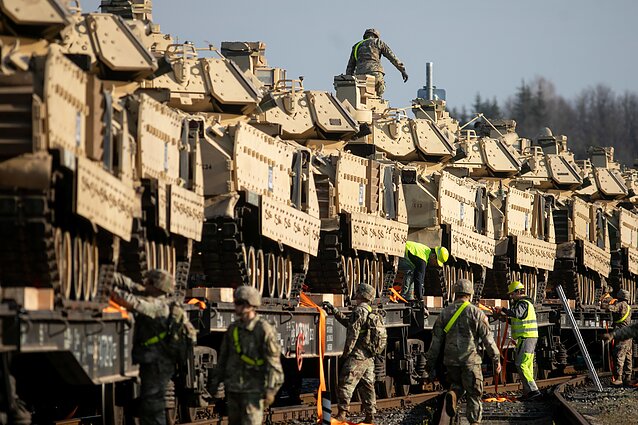 President Donald Trump's nominee to become the next US ambassador to Lithuania pledges to ramp up defence cooperation, but says he is not yet prepared to comment on a permanent presence of American troops in the country.

“The Lithuanians continue to seek greater [US] engagement, I think. The larger our footprint in the Baltic region, I think, the happier the Baltic countries are themselves,” Robert Gilchrist said during his confirmation hearing before the US Senate's Foreign Affairs Committee this week.

“Certainly, if confirmed, I would work to strengthen that relationship in every way I possibly can,” he said.

The US is implementing various security assistance programmes in Lithuania. It has invested in military training areas and other infrastructure, and in training Lithuanian forces.

A 500-strong US battalion with tanks and other armour arrived in Lithuania in October for a six-month rotational deployment.

The US deployed a company-sized unit of around 200 to Lithuania in 2014 in response to Russia's annexation of Crimea, but pulled out the rotational troops in 2017 after NATO's German-led battalion was stationed in the country.

Lithuanian politicians and diplomats constantly bring up the issue of permanent US military presence during meetings with Americans.

A question about that came from Democratic Senator Tim Kaine during the hearing, but Gilchrist gave no concrete answer.

“I think the Lithuanians and all the Baltic states will continue asking for as much as we are willing to give. Certainly, we will have to be understanding and sensitive to what their security concerns are,” the diplomat said.

“With regard to permanent presence, I'm not prepared to comment on that right now, but I certainly think robust relationship on security on every level is fundamentally important, if not existential for security of the Baltic states,” he said.

“I think there is always more than we can do and I know that they are always seeking more but, I will say that the presence right now, the 500 troops with Abrams tanks on the ground, it has been welcomed tremendously by Lithuania and, I know, by its Baltic neighbours as well.”

Gilchrist named Russian disinformation as one of the biggest challenges Lithuania was facing, adding that the country had been at the forefront of countering disinformation.

“They have this very active public private partnership across the Baltic region. Private citizens are actively looking at what's showing up in the media and then working with the government on that,” he said. “I think it's something that's interesting, but also it's been very productive in Lithuania.” 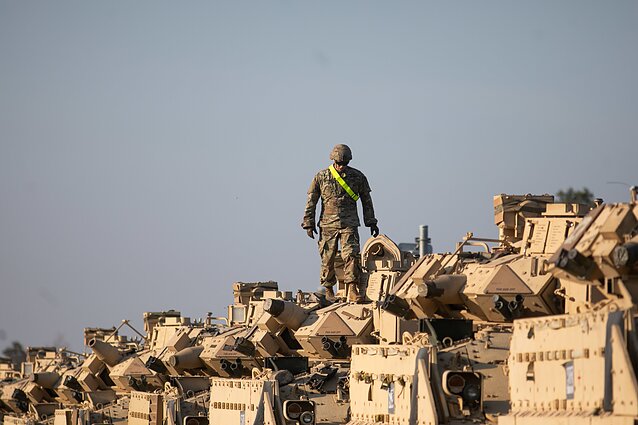 The ambassador-nominee, whose appointment is subject to Senate confirmation, praised Lithuania for spending 2 percent of GDP on defence and pointed out that the country aimed to increase its defense budget to 2.5 percent by 2030.

The diplomat has in the past been deputy chief of mission at the US embassies in Sweden and Estonia, and the director of Nordic and Baltic affairs in the State Department's Bureau of European and Eurasian Affairs.

Gilchrist has also worked at the US embassies in Iraq and Russia. He is currently director of the operations center at the State Department.

In Vilnius, he will replace Anne Hall, who has served as the US ambassador to Lithuania since 2016.

The openly gay diplomat opened Baltic Pride in Tallinn in 2011. 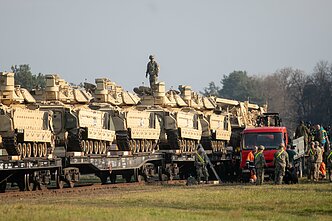 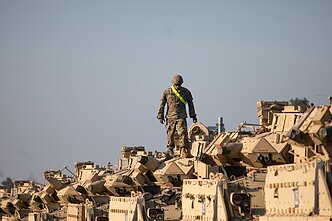 # Baltics and the World# Defence