With a launch of white flare, Ukraine and separatists begin withdrawal from Luhansk town 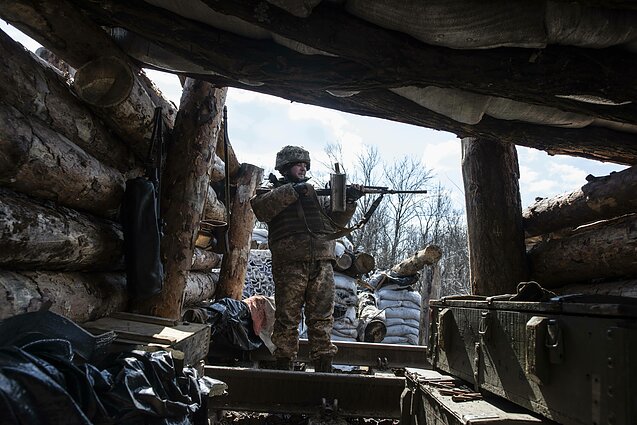 Kyiv government forces and Russian-backed separatists have on Tuesday started withdrawing from the eastern Ukrainian town of Zolote. The move is a key precondition for German- and French-mediated talks between Ukraine and Russia.

"A white flare was sent by both sides, confirming readiness for simultaneous withdrawal," Commander of Ukraine's Joint Forces Volodymyr Kravchenko is quoted by the Ukrainian news agency UNIAN. "At 12:20 Kyiv time, the withdrawal of forces and assets began."

Vladislav Deinego, representative of the self-proclaimed Luhansk People's Republic, also said the troop pullback in the area had begun.

According to the Ukrainian commander Kravchenko, Ukrainian forces withdrew 15 soldiiers with weapons to secondary positions a kilometre behind the frontline.

Monitors from the Organization for Security and Cooperation (OSCE) in Europe confirmed the move in a statement.

"Today, the sides have just renewed the disengagement of forces and hardware in Zolote. They launched the white and green signal flares confirming their readiness to proceed." 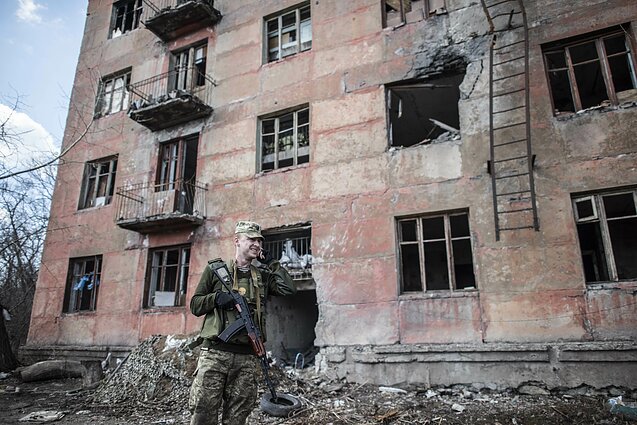 Ukrainian Foreign Minister Vadym Prystaiko told a news conference in the port city of Mariupol that Kyiv was also ready for disengagement in the Luhansk city of Petrovske.

Lithuanian Foreign Minister Linas Linkevičius said after a meting with the Ukrainian leader on Tuesday that Zelensky is "honastly seeking peace."

The troop withdrawal is a major precondition for the first face-to-face talks between Russian President Vladimir Putin and Ukrainian President Volodymyr Zelensky, which will be mediated by German Chancellor Angela Merkel and French President Emmanuel Macron in the so-called Normandy format.

The talks, which the leaders hope will achieve a lasting peace in the region, could take place in November, Ukrainian FM Prystaiko said.

Former comedian Zelensky, inaugurated this year, has set ending the five-year separatist conflict in the east of his country as his top priority.

About 13,000 people have been killed in the fighting, according to United Nations estimates. 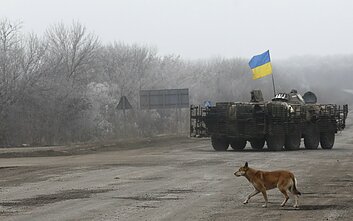