Protesters dressed as animals rally in Vilnius against forest cutting 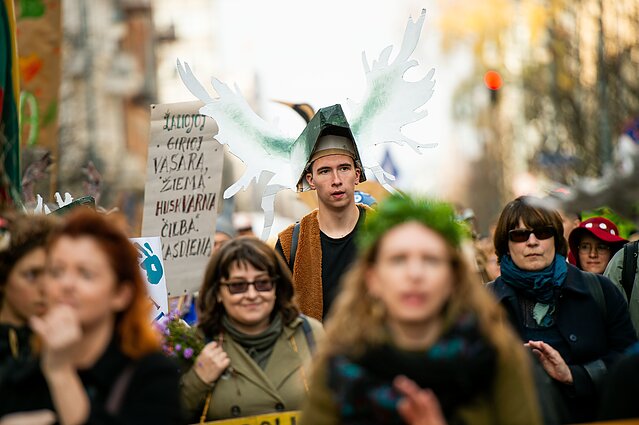 Protest in Vilnius against logging in protected forests / E. Blaževič/LRT

About 100 activists, dressed as animals, held a theatrical rally in Vilnius protesting against logging in Lithuania's protected forests.

“We want a discussion at the Presidential Palace and a clear new attitude towards nature,” Martynas Švėgžda von Bekeris, one of the organisers, told BNS. “Old trees in old woods are being cut, with no regard for the ecosystem and the existing species. There's an ongoing large-scale destruction and all people are feeling that.”

The authorities are pushing people into the street with their failure to address a burning issue, Andrejus Gaidamavičius, president of the Labanoras Club, has told BNS.

The environmentalist says that a bill banning bare loggings has been stuck in the government and the Ministry of Environment for the last two years.

“We want a moratorium for protected territories, so that felling of trees is stopped in all Natura 2000 territories and parks, and then they can go about their internal discussions and law adoptions and amendments,” he said.

After reading out their demands outside the parliament building, the protesters marched on Gediminas Avenue to the government office.

Tree cutting in protected territories have causes uproar in Lithuania in recent years. But Albertas Stanislovaitis, director of the country's State Service for Protected Areas, told BNS earlier that three were cut under forest management projects and in compliance with existing rules.

Clearing parts a forest is not always bad in the general sense, he said, and sometimes necessary for biological diversity. 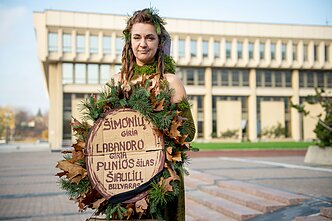 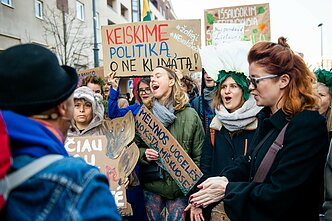 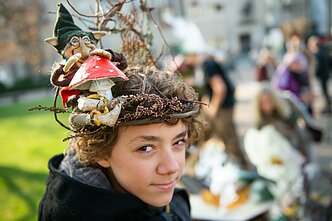 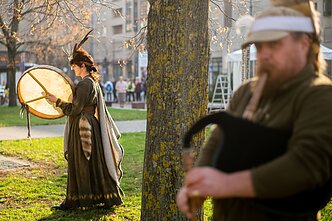 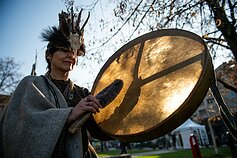 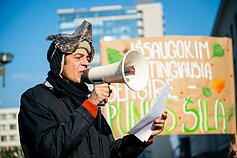 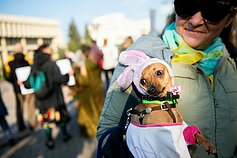