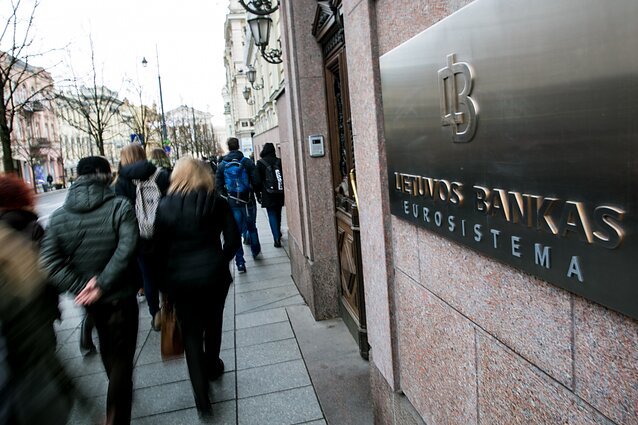 The Bank of Lithuania / BNS

The Lithuanian parliament's Committee on Budget and Finance, which has concluded a 1.5-year investigation into the causes of the 2009 financial crisis, suggests that the government establish a commercial state bank.

The committee voted for the recommendation on Thursday when it endorsed its investigation's final conclusion that needs to be put before the parliament by the end of October. The crisis investigators have worked for 18 months.

But they decided against recommending the president to sanction the central bank's top officials and asking the prosecutor general to investigate whether its management breached the law by refusing to cooperate with the probe.

“There is no decision and proposal to turn to the president,” Valius Ąžuolas, the committee chair, told a press conference at the Seimas on Thursday.

Lithuanian MEP Stasys Jakeliūnas, who previously chaired the commission and initiated the crisis investigation, says he plans to turn to the president anyway.

The report also recommends that the prosecutor general look into the government's 2009-2012 borrowing decisions that allegedly caused 2.1 billion euros in damage to the state.

Another part of the recommendations invites prosecutors to investigate the role of commercial banks in triggering the crisis and their alleged abuse of the VILIBOR rate; the central bank failed to properly supervise commercial banks, the report alleges.

The committee calls on the government to set up a supervisory body that would be independent from the central bank and funded through contributions from financial institutions. The move is expected to help enhance consumer protection.

It also recommends taking steps to reduce the financial system's dependence on decisions by a handful of parent banks, especially if they are from a single country.

Most of Lithuanian commercial banks are owned by Swedish parent companies.

Read more: Are Scandinavian banks to blame for 2009 crisis in Lithuania?