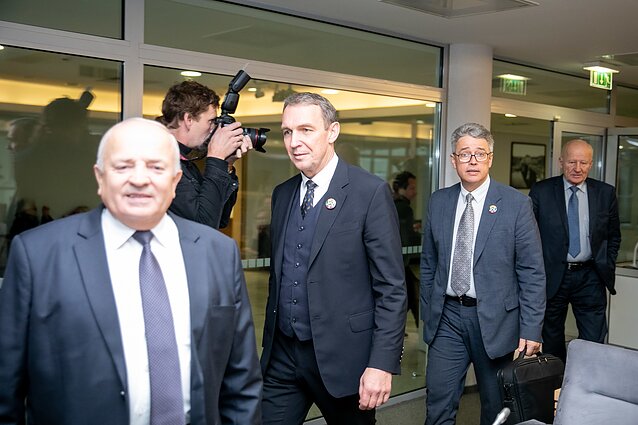 An Order and Justice leader expects Arvydas Juozaitis, one of the identitarian candidates in last May's presidential election, to lead a new political party that is being established in Lithuania.

Vytautas Kamblevičius told reporters on Friday that the new party will elect its chairman at its founding convention in December.

"I am 100-percent sure that Juozaitis will be the leader of our newly-founded party," he added.

Kamblevičius heads a new political group, named 'For Lithuania's Welfare', that was set up in the Seimas following the collapse of the Order and Justice parliamentary group.

Juozaitis' candidacy for the new party's leader is a source of friction between Remigijus Žemaitaitis, the Order and Justice chairman, and Kamblevičius, its first vice-chairman.

After the Order and Justice board decided in late September to set up a new political party and bring in a new leader from outside, Kamblevičius met with Juozaitis to discuss the possibility of him standing for the post.

Žemaitaitis says Kamblevičius had no authority to hold talks with Juozaitis, who self-identifies as a philosopher.

However, Kamblevičius insists that he had the authority and that other Order and Justice members of the 'For Lithuania's Welfare' group also back Juozaitis for chairman of the new party.

Juozaitis himself says that the key provisions of the Order and Justice party's programme are basically the same as those of his 'Lithuania is Here' movement.

'For Lithuania's Welfare' was formed by members of the collapsed Order and Justice parliamentary group, with the exception of Žemaitaitis who joined the non-attached group.

The Order and Justice Party as a legal entity is standing trial on charges of obtaining over 350,000 euros in funds as bribes or through other illegal means.

Juozaitis, who ran with a nationalist-bent platform in this year's presidential election finished fifth with 4.69 percent of the vote.

A former swimmer, he won Olympic bronze in 1976 summer games. He was a vice-president of the Lithuanian National Olympic Committee and taught philosophy at university. 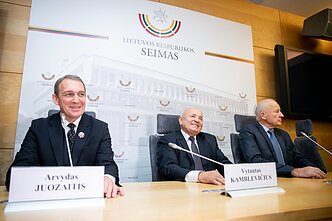 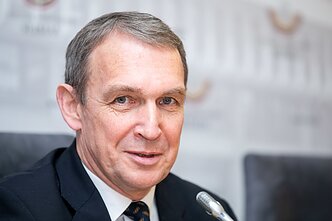 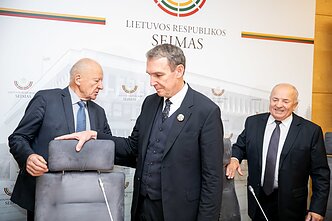 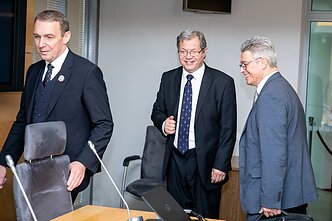 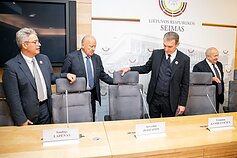 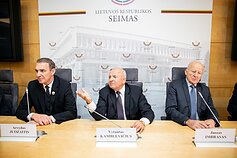 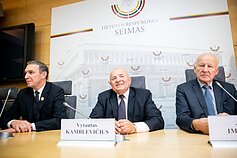