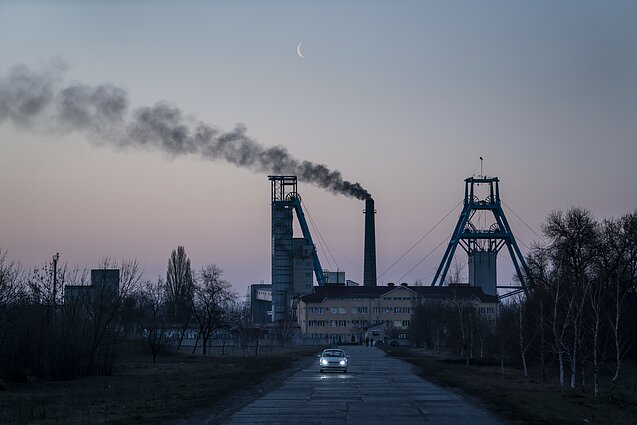 The Stepova coal mine just before dawn in Pershotravensk, Ukraine, April 1, 2019 / AP

Ukrainian MP Mykhailo Volynets, who serves as the chairman of the Independent Trade Union of Miners of Ukraine, has said that Russia has begun blocking coal exports to Ukraine via Belarus, Kosatka Media based in Kyiv has reported.

“Russia blocked the Belarusian corridor of thermal coal supplies to Ukraine. The situation with the filling of coal warehouses of thermal power plants before winter was already unsatisfactory, now it will become disastrous,” said Volynets, stressing that the Russian government’s decision will lead to a “huge shortage” of coal at the start of the next heating season.

The Russian move was also confirmed by the Ministry of Energy and Coal Mining of Ukraine.

The Ukrainian MP recalled that the volume of Russian coal exports through the Belarusian railway corridors had amounted to 300-400 thousand tons a month.

On April 18, the Russian government banned the exports of coal and oil to Ukraine.

Earlier this year, data from the National Statistics Committee of Belarus revealed that the country’s brown coal and anthracite coal exports to Ukraine had skyrocketed by 980 and 340 times, respectively, last year, compared with 2017.

The story appeared on Emerging Europe