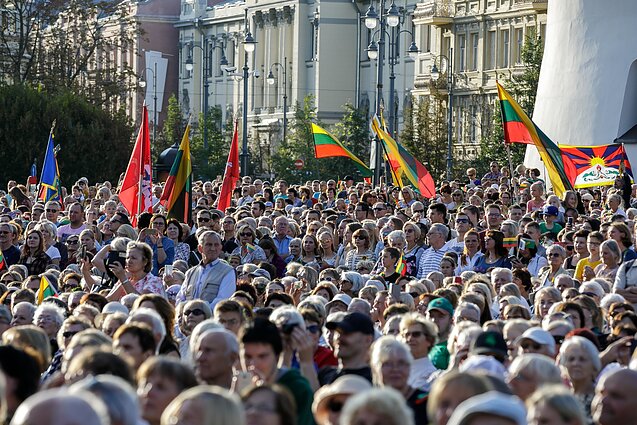 The actual population of Lithuania is currently 2.8 million / E. Genys/LRT

Over 3 million people have declared their place of residence in Lithuania, the Centre of Registers has said, even though the actual population of the country is smaller by more than 200,000.

A total of 3.03 million people had declared their place of residence in one of Lithuania's municipalities as of October 1, down by 2,400 compared with the beginning of the year.

“However, we see an increase of around 1,500 in the third quarter,” Paulius Rudzkis of the Centre of Registers said at a press conference. “Among the major cities and towns, Vilnius is the leader, and there is some growth in both Kaunas and Klaipėda, too.”

Since a person's actual place of residence may differ from their declared home address, the actual size of the population size may be different, he noted.

The population of the country stands at 2.8 million, according to Statistics Lithuania.