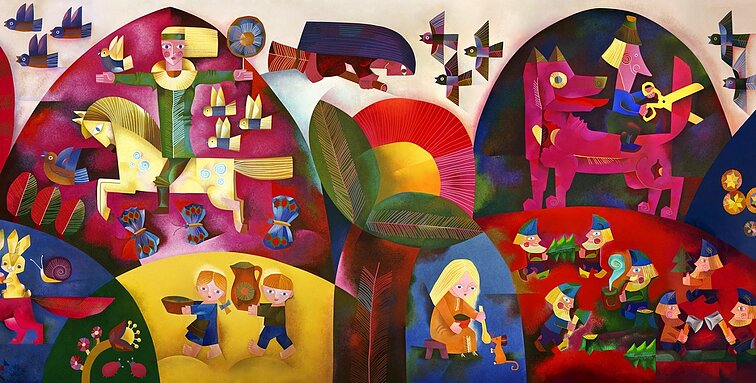 Soviet Lithuania did not pride itself on its service economy, but many remember fondly the few iconic cafés and restaurants that everybody frequented. ‘Nykštukas’ (‘The Dwarf’), a 1960s children's café in Vilnius, was one of them, famous less for its gastronomical offerings than for an impressive colourful mural showing scenes from familiar fairy tales.

‘Nykštukas’ opened in the mid-1960s and operated well into the 1990s before going under during the country's rocky transition to market economy. Unfortunately, the mural, accomplished in 1965 by the artist duo Birutė Žilytė and Algirdas Steponavičius, did not survive.

However, a gallery in Vilnius has used old photographs to digitally restore the 31-square-metre piece which is exhibited at the interior design show ‘Art for Interior: Legends of Vilnius’ at Litexpo Centre this weekend.

“It seemed impossible at first, because the mural is completely destroyed,” Audrius Klimas, the initiator of the restoration project, tells LRT TV. “But then we discovered photos and slides, preserved by Birutė [Žilytė] herself, and so we managed to collect enough material.” 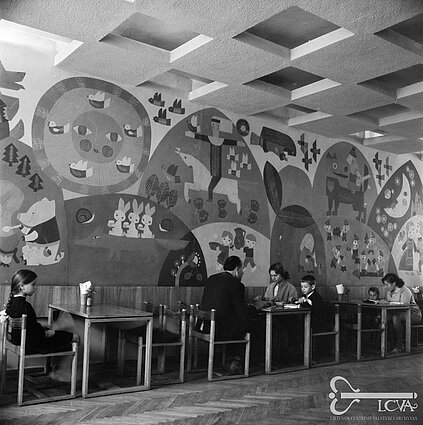 The central section of the mural was particularly challenging to reconstruct, since it was never photographed in its totality, only in fragments, he adds.

The author, Žilytė, oversaw the restoration herself.

“It is identical in scale, absolutely accurate in composition, we only allowed ourselves some freedom in interpreting the colours,” according to Klimas.

The interior design show also features another mural by the Žilytė-Steponavičius duo, a piece they created for a sanatorium in the town of Valkininkai. Although this mural has survived, it is housed in a partly abandoned building and is in poor condition. It has been included into a list of protected cultural heritage, but restauration efforts have stalled.

A copy of the Valkininkai mural can now be seen in the café of the MO Museum in Vilnius.

Klimas speculates that the newly restored ‘Nykštukas’ mural could, too, find a permanent site for public display. 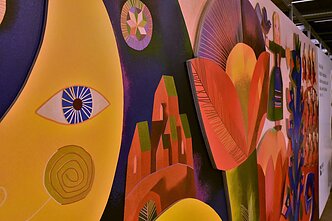 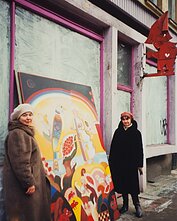 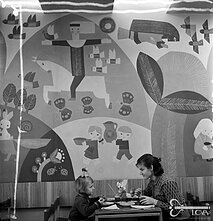 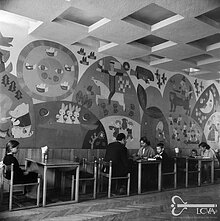 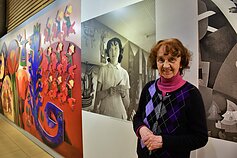 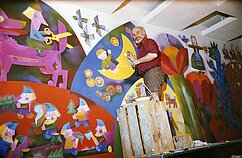 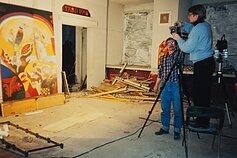