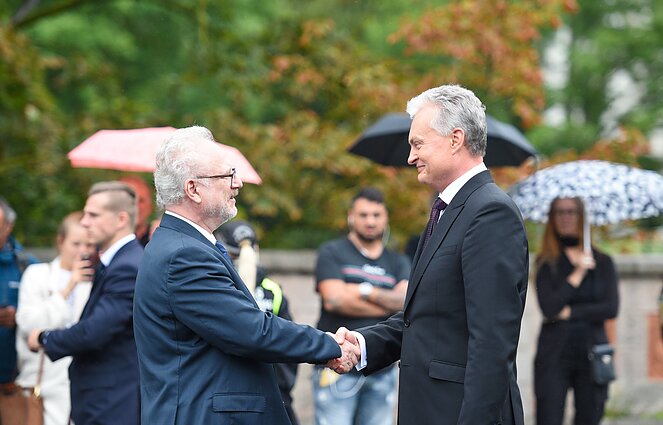 Latvian President Egils Levits will pay a working visit to Vilnius on Thursday, the Lithuanian president's office said on Wednesday.

In Vilnius, the two leaders will discuss "topical bilateral issues, including tripartite annual meetings of the Baltic presidents proposed by the president [Nauseda] as well as the preservation of the Baltic heritage," the office said in a press release.

Also high on the agenda of the meeting are regional security issues and preparations for NATO's upcoming summit.

"The presidents will touch upon the infrastructure projects, such as synchronization of electricity networks and implementation of Rail Baltica," Nauseda's office said.

"The presidents will address energy independence, joint response to the issue of the Astravyets nuclear power plant built near the Lithuanian border as well as strengthening transatlantic cooperation on energy security."

"The positions on major issues on the EU agenda, ie the new financial perspective, the Eastern Partnership, the implications of Brexit and the mobility package will also be discussed in a bilateral format."

Levits will place a wreath at the Monument to Freedom Defenders in the Lithuanian capital's Antakalnis Cemetery.

The Latvian president's visit comes almost two and a half months after Nauseda visited Riga. The two leaders also met on August 23 at the Lithuanian-Latvian boarder during the commemoration of the 30th anniversary of the Baltic Way. 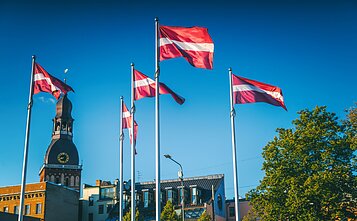