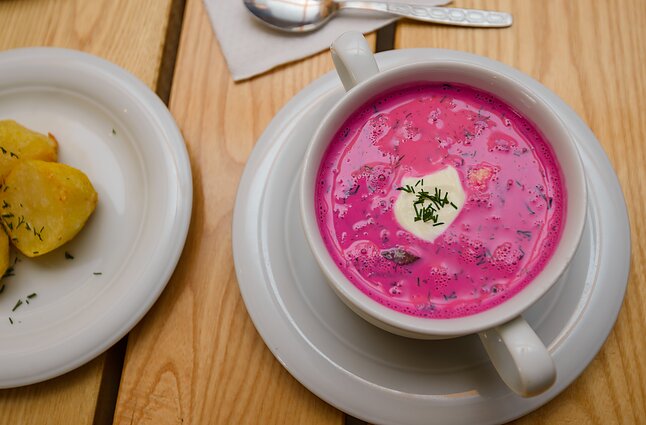 World Tourism Organization says that the fastest growing tourism sector is gastro-tourism, as travelers spend around a third of their expenses on food. This branch of tourism is also seeing growth in Lithuania.

In one restaurant, recipes come from as far back as the 15th and 16th centuries – wild mushroom soup, salted trout, deer meat, and other dishes. According to the owner of ‘Ertlio namas’ restaurant, Tomas Rimvydis, before the businesses attracted mostly foreigners, but now, around half the guests are Lithuanians themselves.

“Some foreign guests fly-in especially to visit the restaurant and try Lithuanian cuisine,” says Rimvydis. “We are contributing to making gastro-tourism popular.”

In another restaurant, a ham coming out of the oven is prepared along a 100-year-old recipe, stemming from the gentry’s cuisine. In the same kitchen you can also find cepelinai, fried curd-cheese, buckwheat pancakes, and other dishes.

“Not only dishes, but also drinks – kvass, apple and cumin drinks,” she adds. “We foster, and increase the visibility [of Lithuanian cuisine] by visiting exhibitions and presenting our national heritage.”

According to Vice-Dean of the Vilnius University Communication Faculty Rimvydas Laužikas, if Lithuania seeks to attract foreign tourists, the country needs to foster its historic cousine.

“I’d like to strive for Lithuanian gastronomy as a specific tradition, connecting it with the food culture in the Lithuanian-Polish Commonwealth by cooperating with the Polish and the Belarusians,” says Laužikas. “This would also mean including Lithuanian gastronomy the sphere of European tourism, which means that someone would come here because it’s the only place where you could try [the cuisine].”

Lithuanian Countryside Tourism Association is estimating that around 320,000 people stay at countryside villas each year, but an increasing number of visitors would also like to try the local food.

“For a number of years we’re pushing the Baltic region food culture, so that [the tourists] understand [...] that we, the Baltic states, have very deep food culture traditions,” says Linas Žabaliūnas, head of the Lithuanian Countryside Tourism Association. 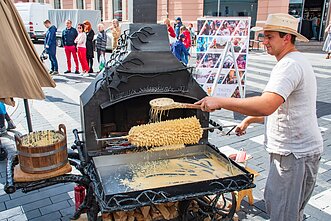 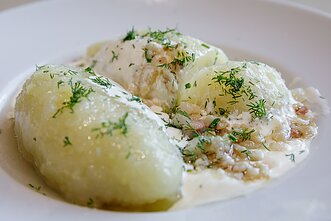