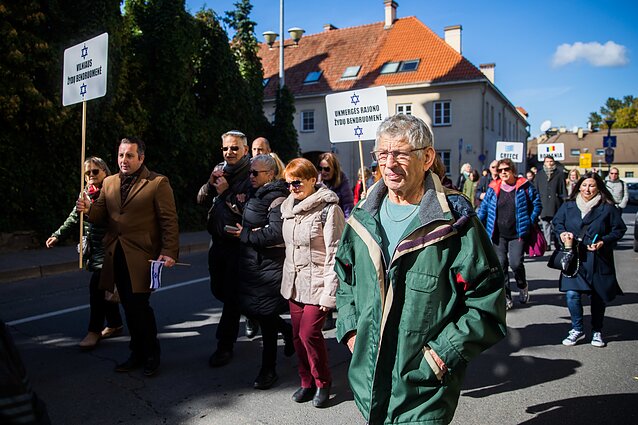 Vilnius held a March of the Living and a commemorative event in Rūdininkų Square to mark the national Holocaust remembrance day on Monday. / J. Stacevičius/LRT

Events marking the Day of Remembrance for Jewish Victims of Genocide in Lithuania on Monday sparked a fresh debate about historical memory.

The commemoration of Jonas Noreika, a high-ranking military officer accused of collaborating with the Nazis, has become a key topic of public debate in recent months.

Vilnius Mayor Remigijus Šimašius ordered the removal of a memorial plaque to Noreika in July, but a new one was placed by activists on the same building in central Vilnius in September.

Speaking at an event in the capital’s Rūdininkų Square to mark the anniversary of the 1943 liquidation of the Vilnius ghetto, MP Emanuelis Zingeris said democracy is impossible "without a crusade against hatred".

"I'm looking at my numerous colleagues, experienced politicians, [...] party leaders – could we allow our mature democracy to choose dubious historical examples? Don't we have enough heroes?" said Zingeris, a member of the international commissioning investigates Nazi and Soviet crimes in Lithuania.

"Shouldn't we name our streets after spiritual resistants or [Jew] savers; we have few streets named after them," he asked.

Simonas Gurevičius, the leader of the Vilnius Jewish Community, called on his fellow citizens "not to stain the history with heroes who were not heroes".

Mayor Šimašius said he was saddened by some people's reaction to the removal of the Noreika plaque.

"People gathered here to commemorate the massacre of innocent people. At the same time, in 2019, there are always fresh flowers for those who put these signatures [on the creation of ghettos]," he said during the commemoration ceremony.

Opponents note that Noreika, the head of Siauliai County during the Nazi occupation, signed documents in 1941 establishing a Jewish ghetto and expropriating Jewish property. Almost all of the Jews were later killed during the Holocaust.

Supporters of Noreika point out that he later joined anti-Nazi resistance and was imprisoned in a Nazi concentration camp, and organized post-war resistance to Soviet occupation.

Prime Minister Saulius Skvernelis said during the event in Rūdininkų Square that every effort must be taken to stamp out any manifestations of incitement to ethnic hatred or anti-Semitism in the modern, democratic state of Lithuania.

"It is the moral debt of all of us to those victims, those people who had lived in Lithuania for centuries and regarded it as their homeland," he said.

Lithuania has been marking the Day of Remembrance for Jewish Victims of Genocide since 1994 to commemorate the liquidation of the Vilnius ghetto on September 23, 1943. 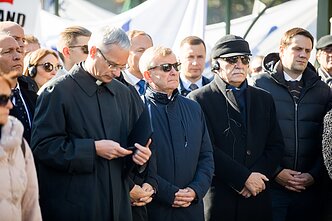 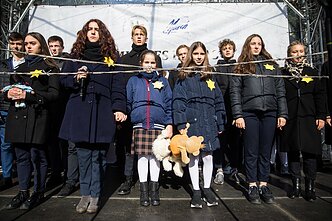 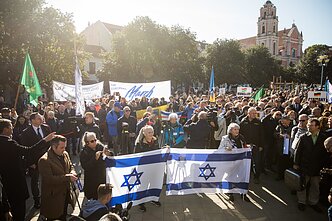 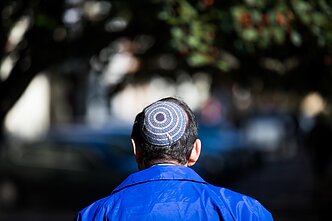 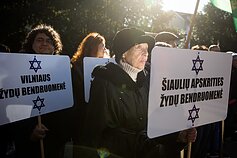 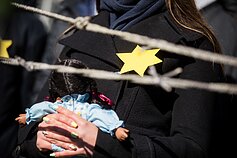