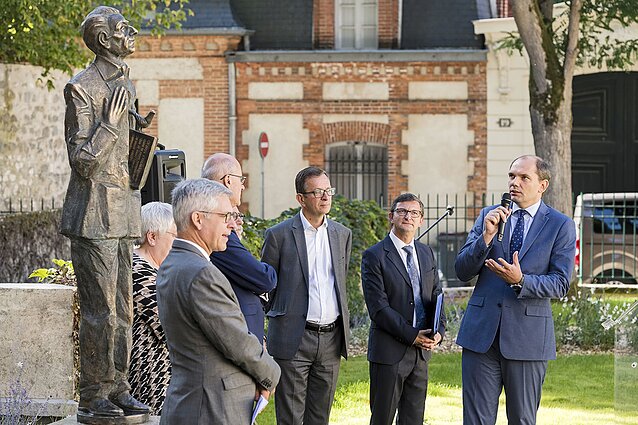 A statue of Oscar Milosz, a French-writing Lithuanian poet, author and diplomat, was unveiled in the French town of Fontainebleau on Sunday.

The Friends of Milosz, the organisation that funded the monument, and members of the Lithuanian community in France, attended the event.

Milosz died in Fontainebleau in 1939, shortly after he had bought a house here.

Oscar Vladislas de Lubicz Milosz, known in Lithuanian as Oskaras Milašius, was born in present-day Belarus, the son of a Polish father and a Lithuanian Jewish mother. Milosz was educated in France and his distant cousin is Czeslaw Milosz, the Polish writer who won the Nobel Prize for Literature in 1980. 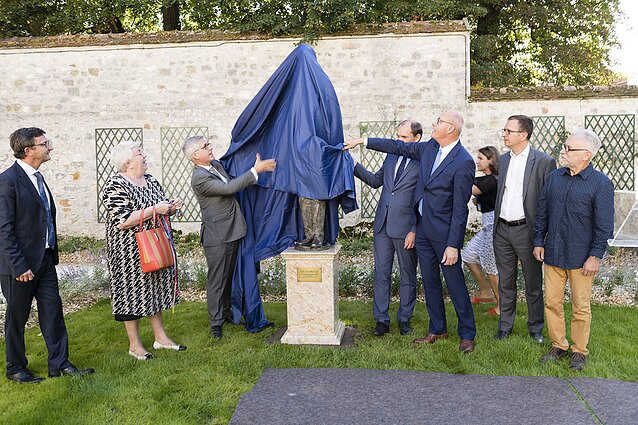 In 1919, Milosz joined the delegation of the new state of Lithuania in the post-World War One peace conference in Versailles. After the conference, he became Lithuania's representative in France and an adviser after the establishment of the Lithuanian embassy in Paris in 1925

It was in the post-war period that his literary output reached its highest levels. He received the French Legion d'Honeur in 1931 and became a French citizen. Now, mainly remembered as a poet, he has a dedicated group of friends that make yearly pilgrimages to Fontainebleau.

“Oscar Milosz is not just a poet, but also Lithuanian diplomat who strongly contributed to the restoration of our independence 100 years ago,” Ambassador Aleksiejūnas said in his speech. “He is also inspirational example today what one person, not even living in Lithuania, can do for his country. His statue in Fontainebleau will further strengthen Lithuanian-French ties.” 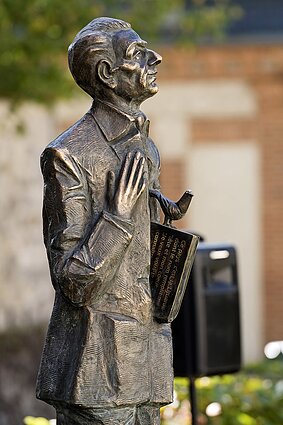 Fontainebleau Mayor Valletoux reminded the audience of the city's long history of openness to people from all corners of the world.

“The installation of the statue allows us to remember one of the great figures of 20th century. In France, Milosz's work had been a bit lost in the mist of time, but he reminds us that Fontainebleau between the two world wars was home to a thriving artistic community, including Pablo Picasso and the American School where a who's who of musical giants studied with the famous pedagogue Nadia Boulanger,” Valletoux said.

On Saturday, members of the Friends of Milosz and the Lithuanian community in France had honoured Milosz's gravesite in the cemetery of Fontainebleau. 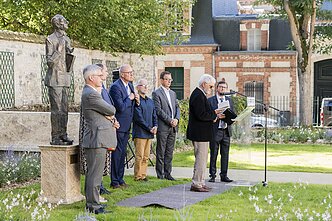 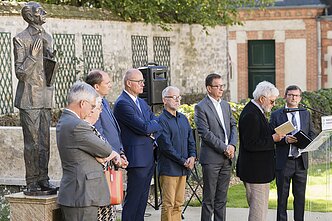 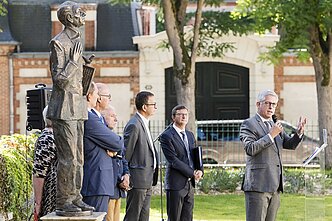 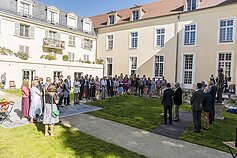 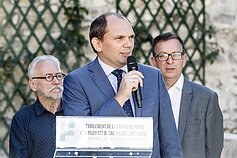 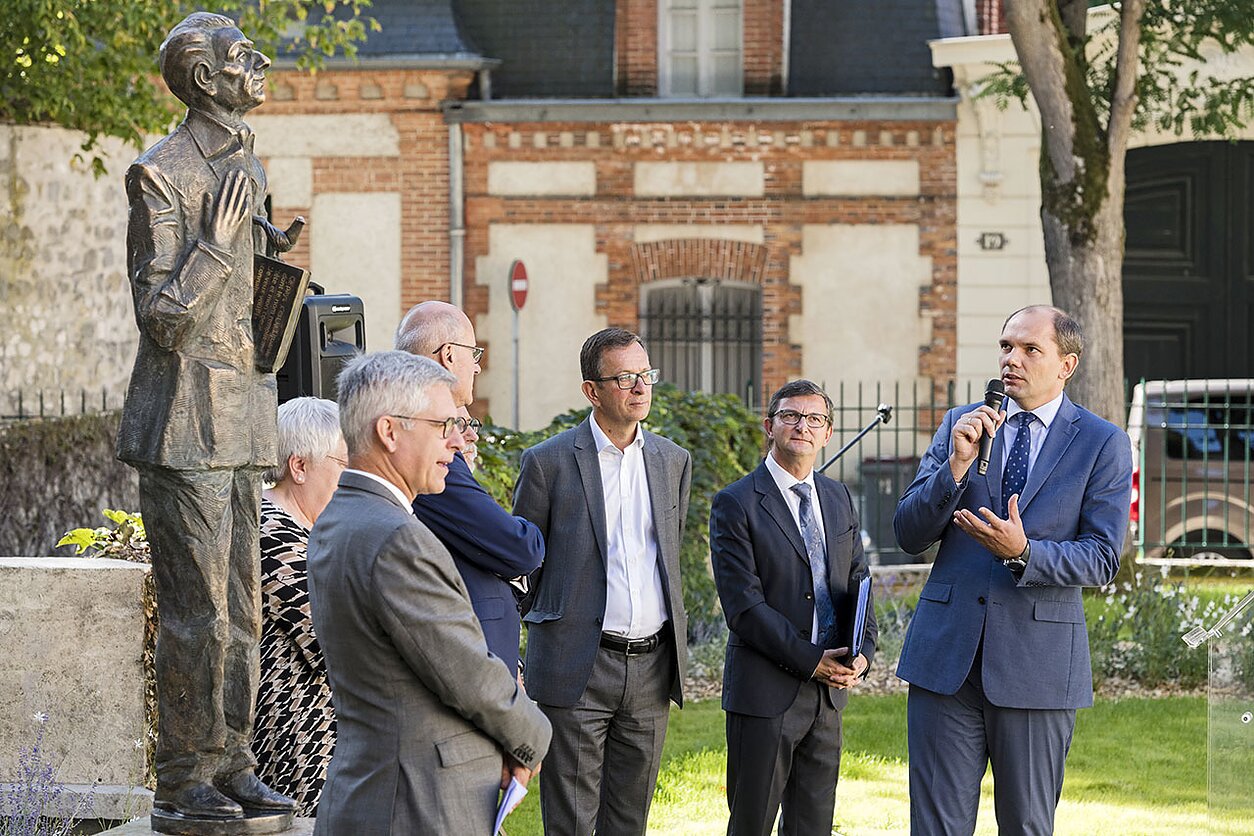 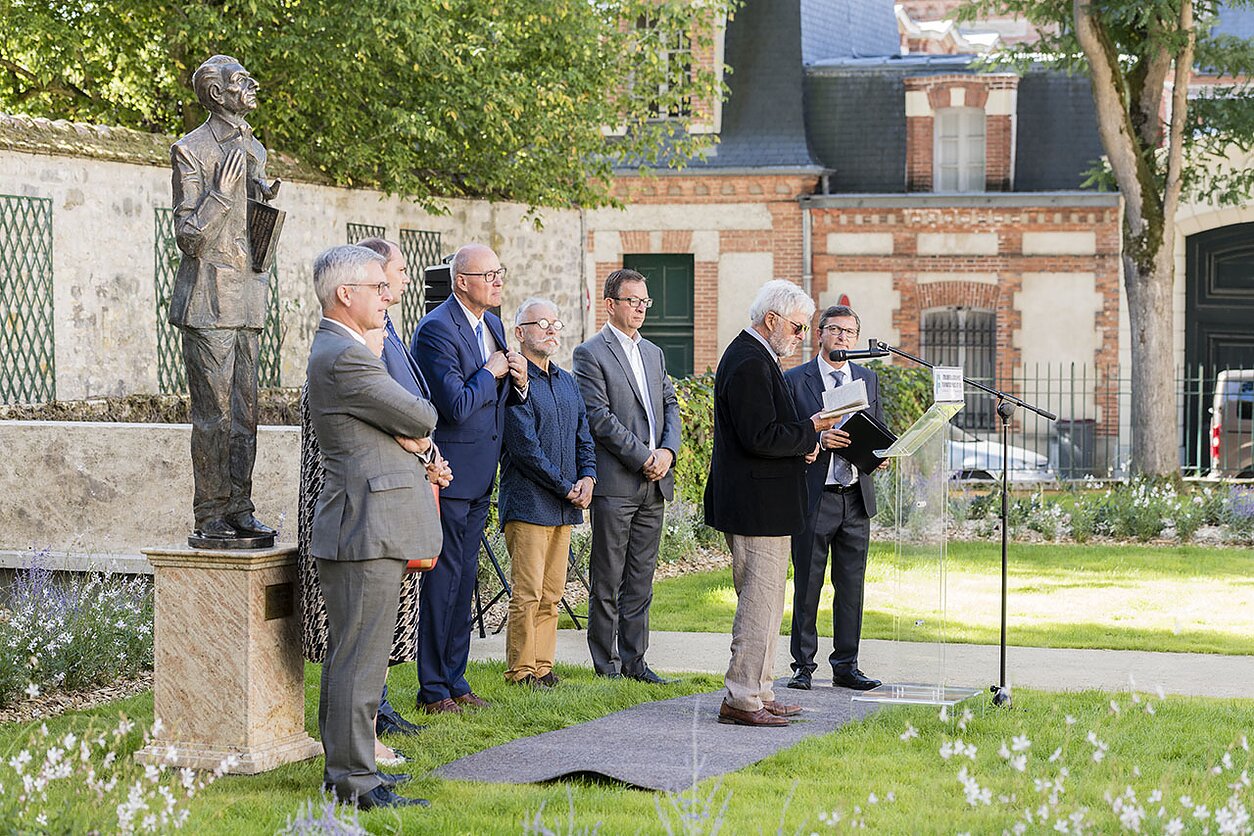 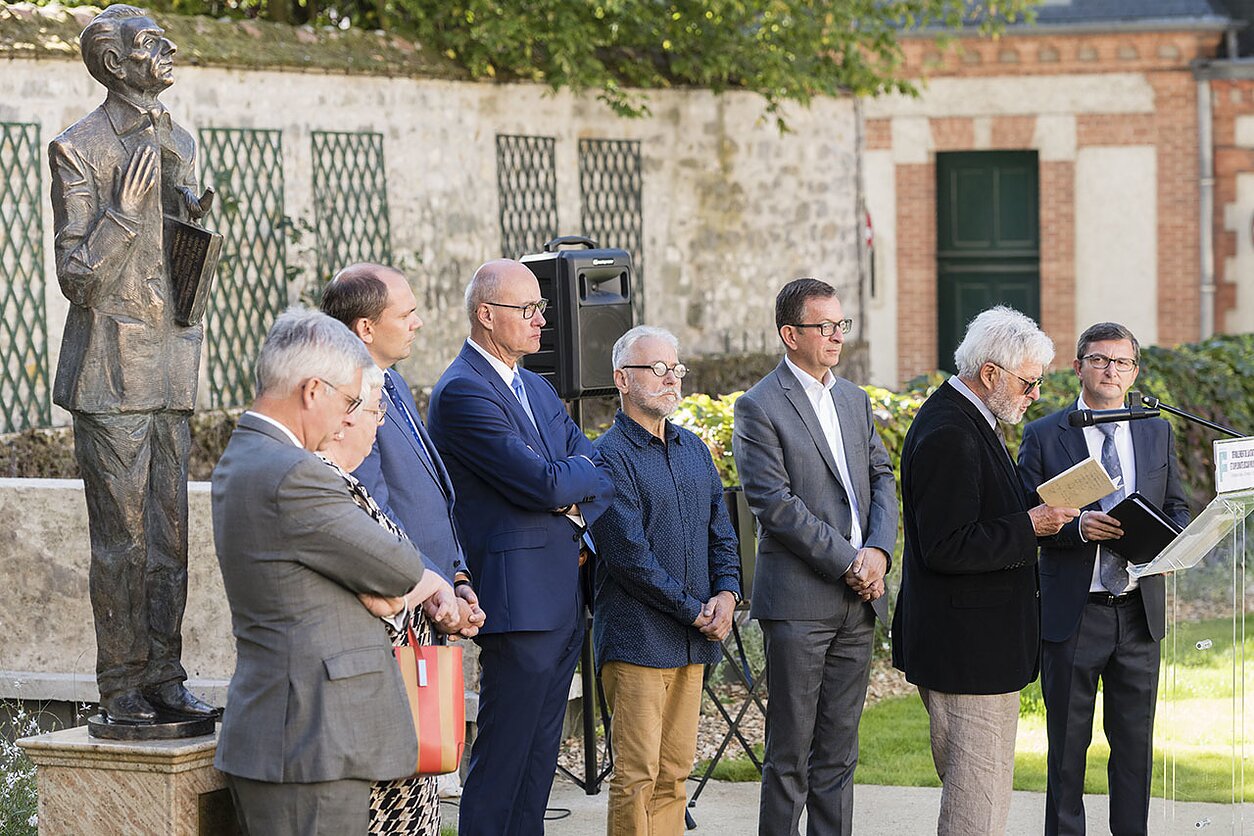 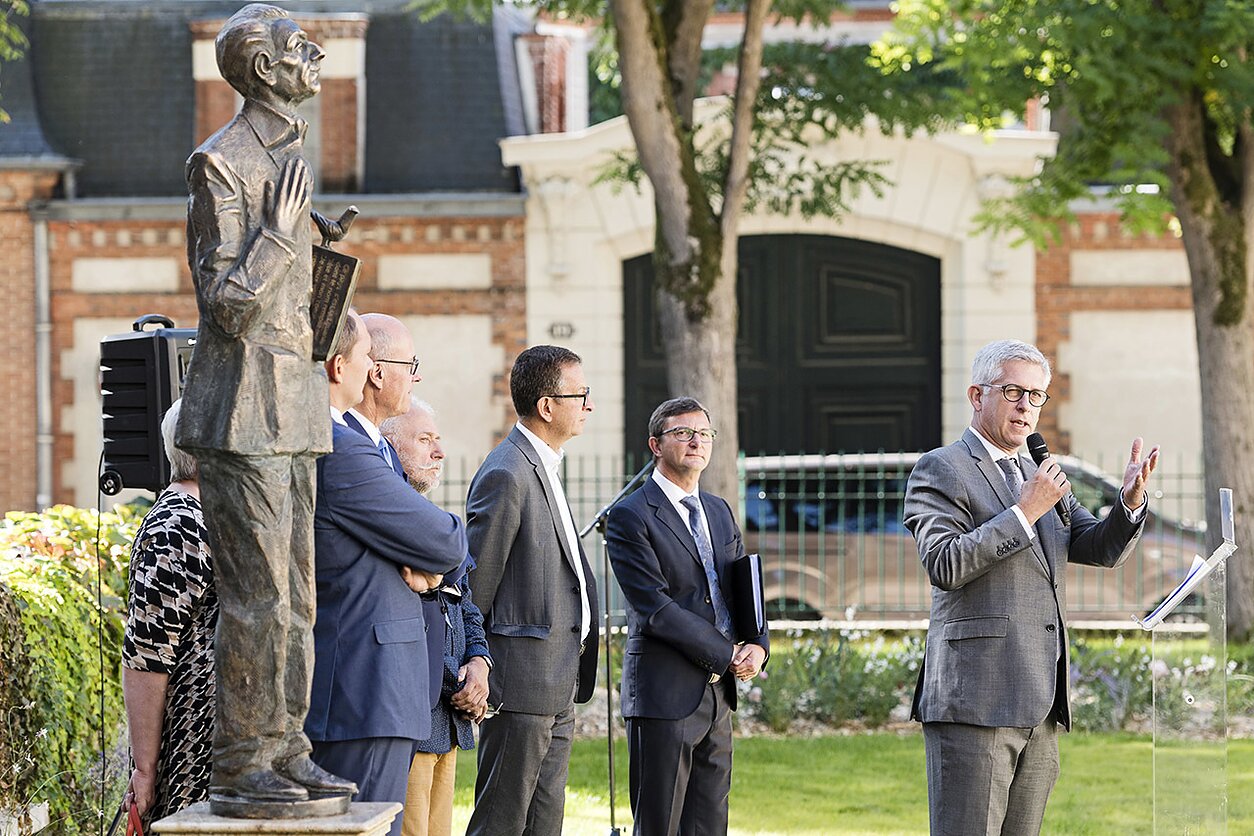 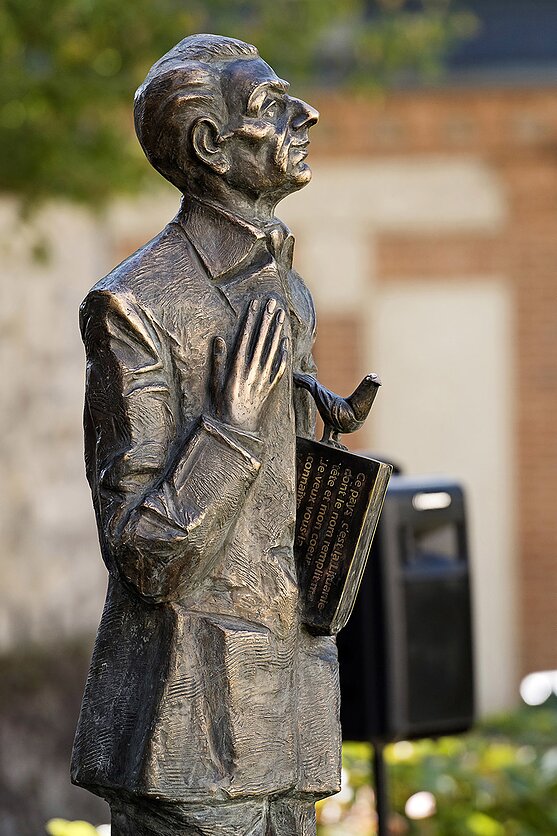 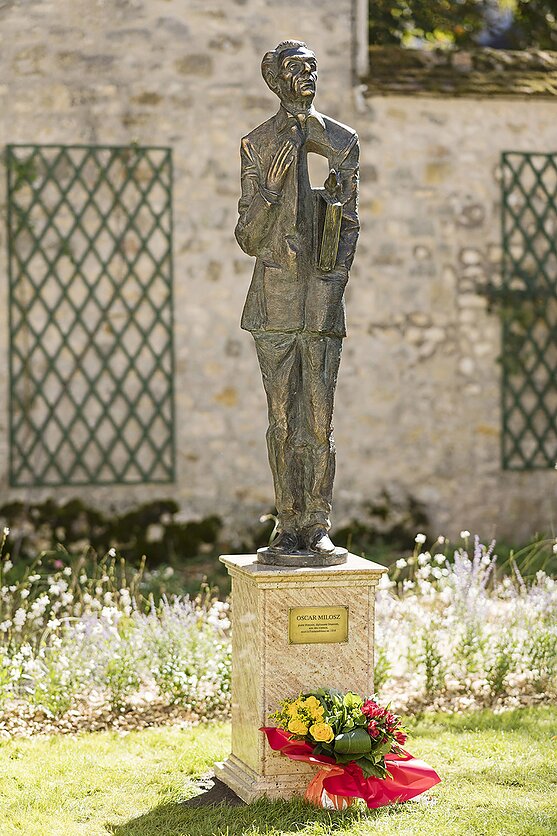 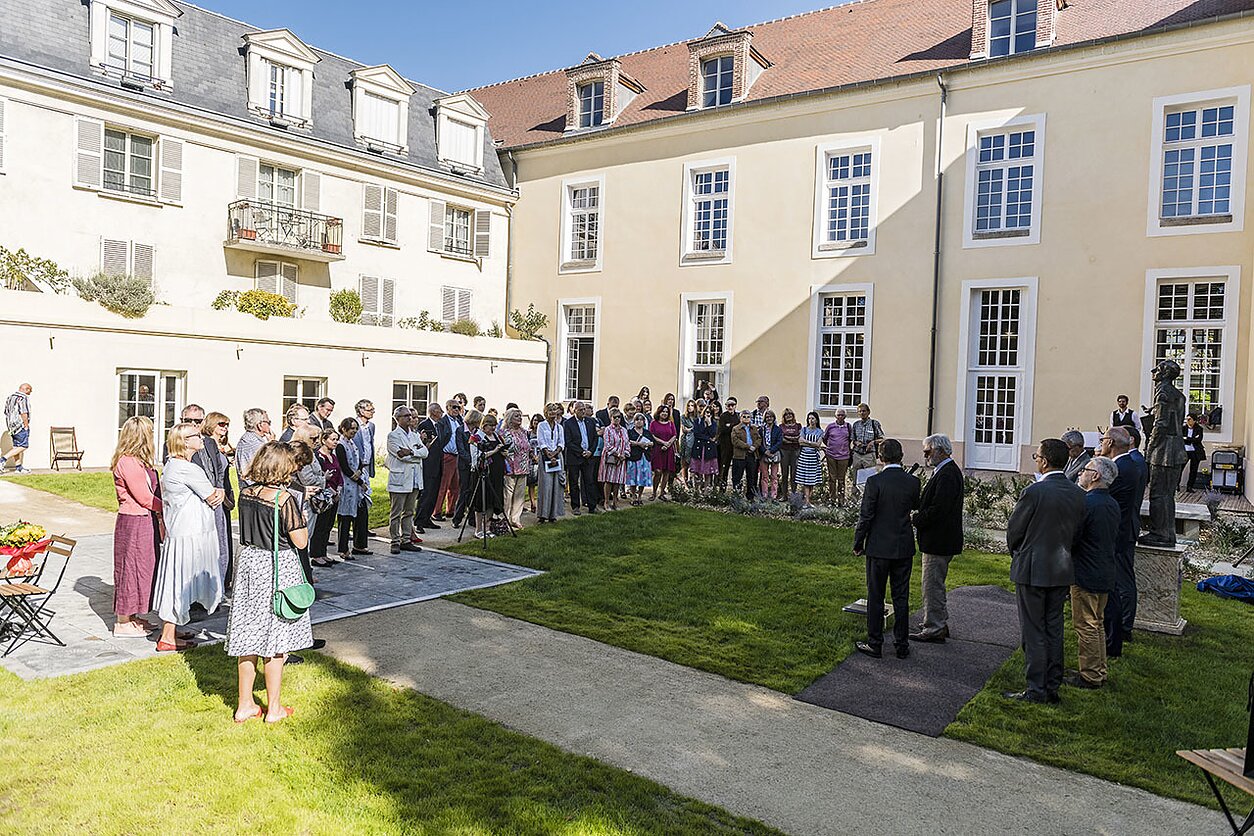 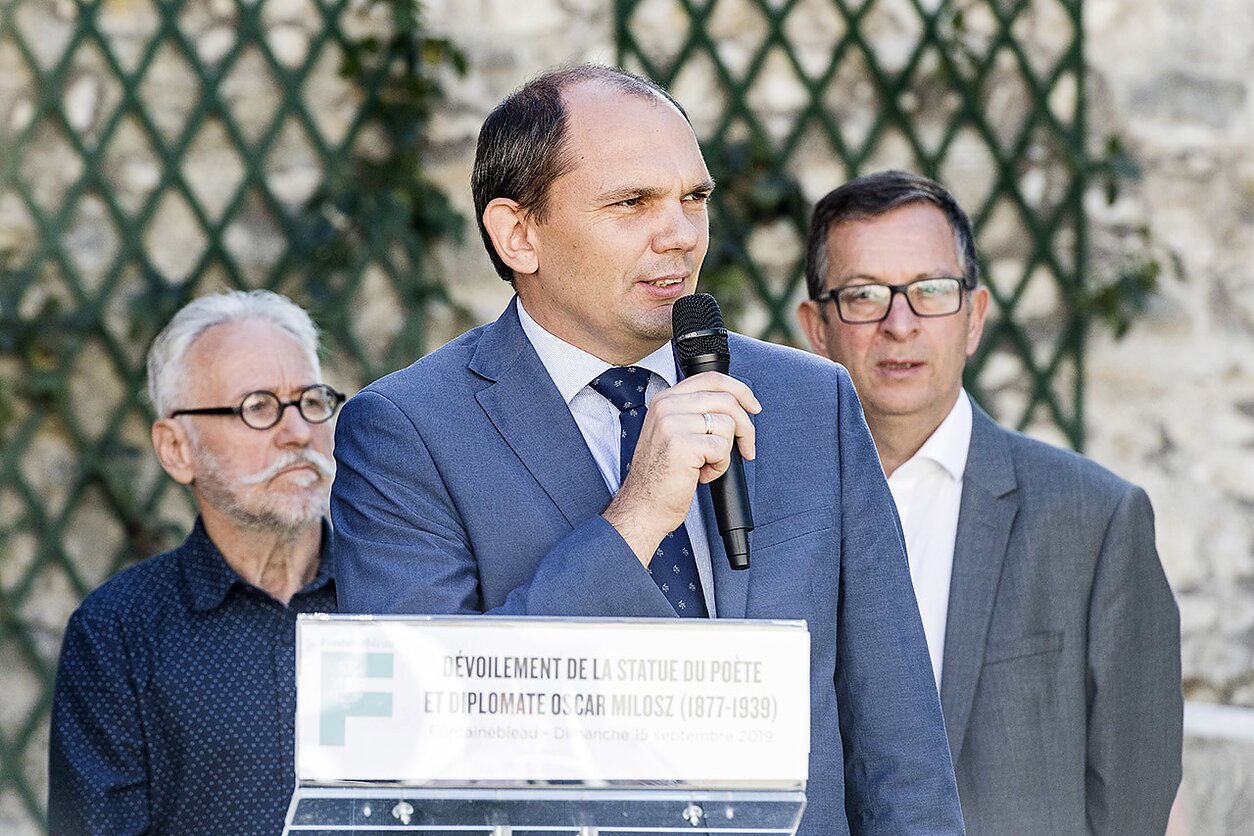 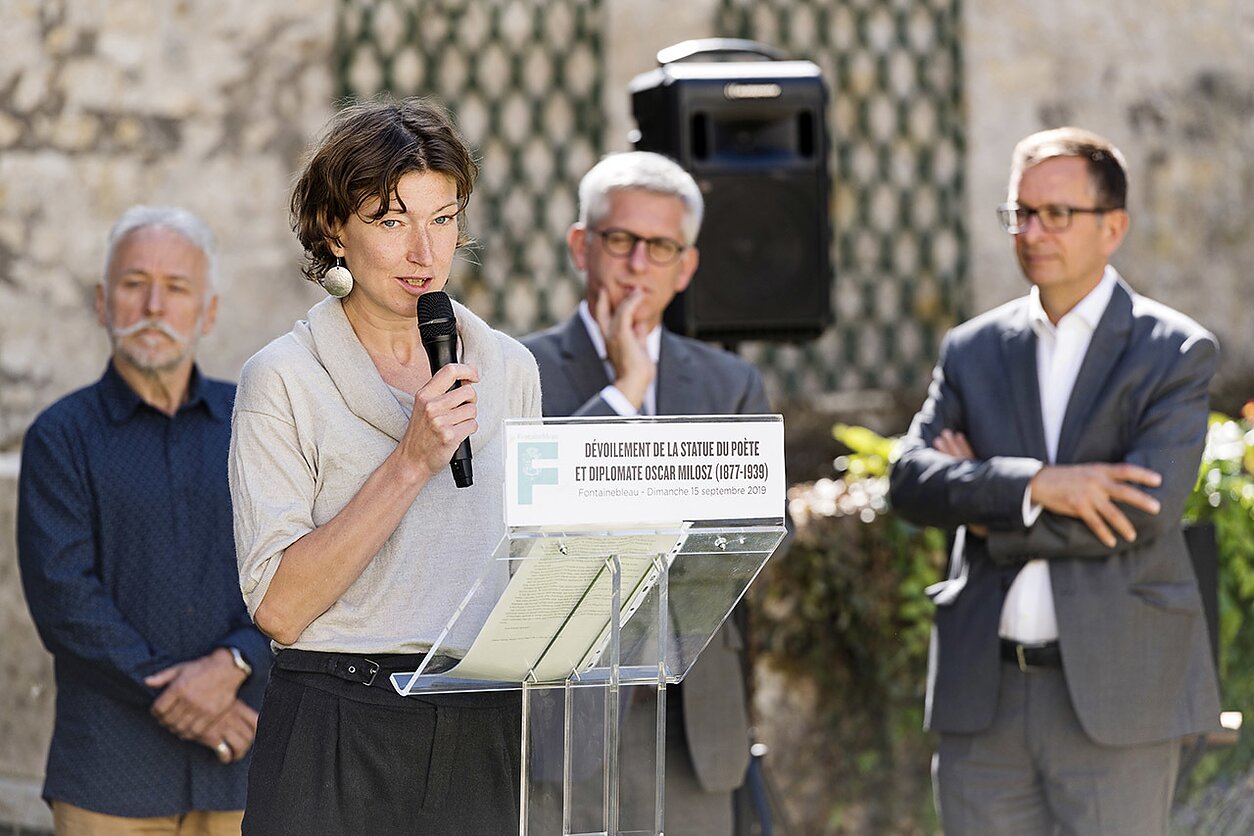 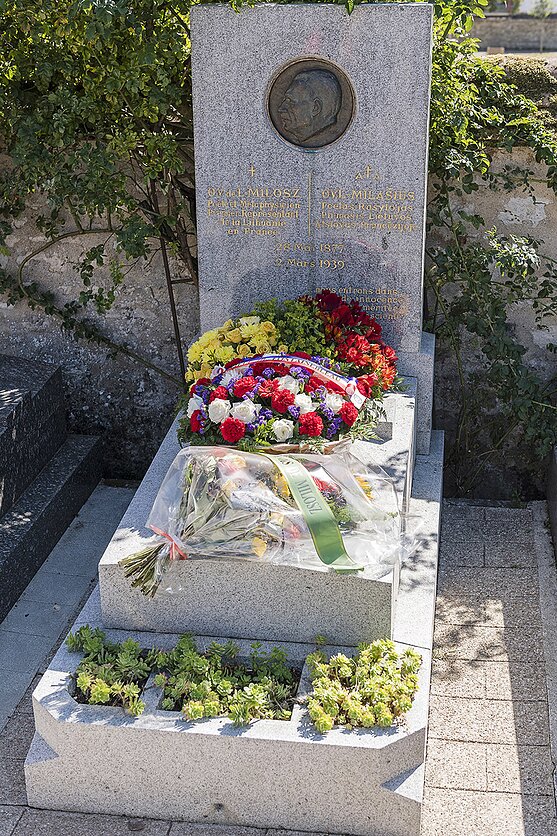 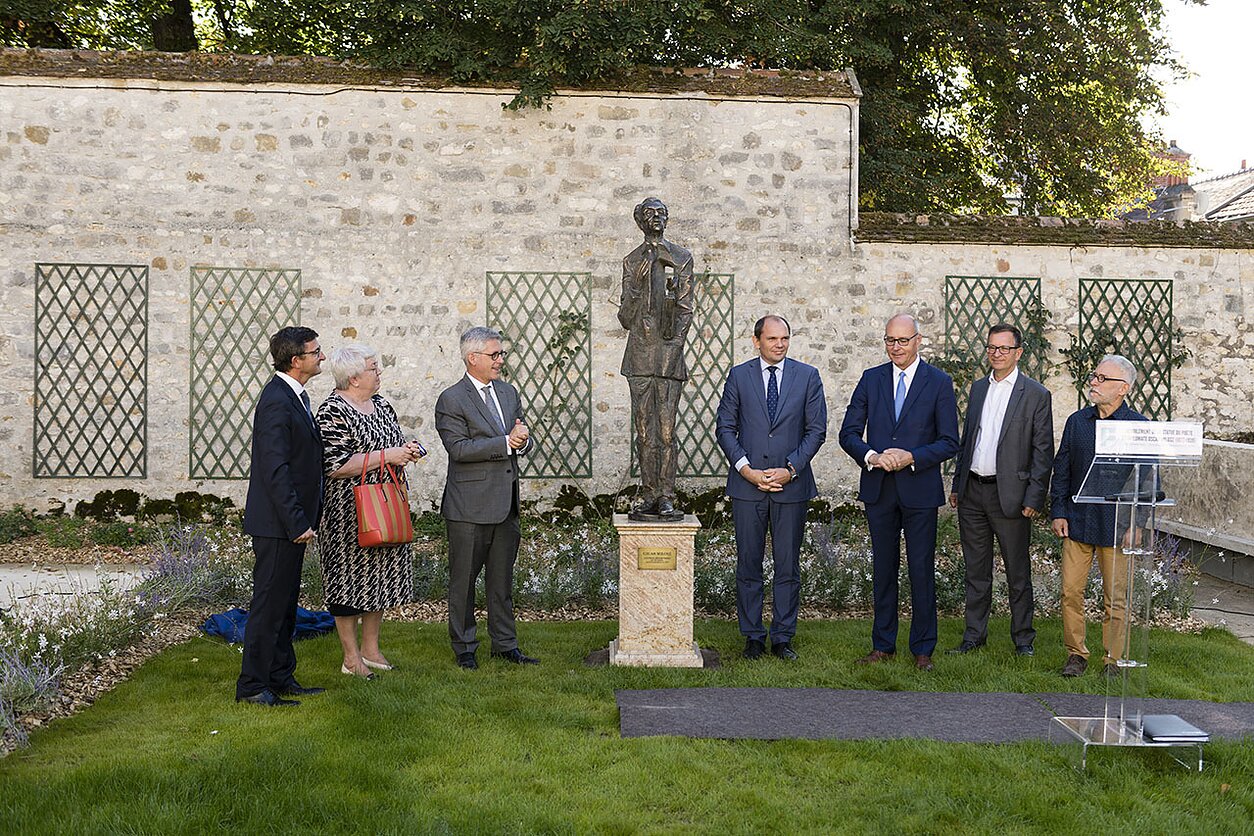 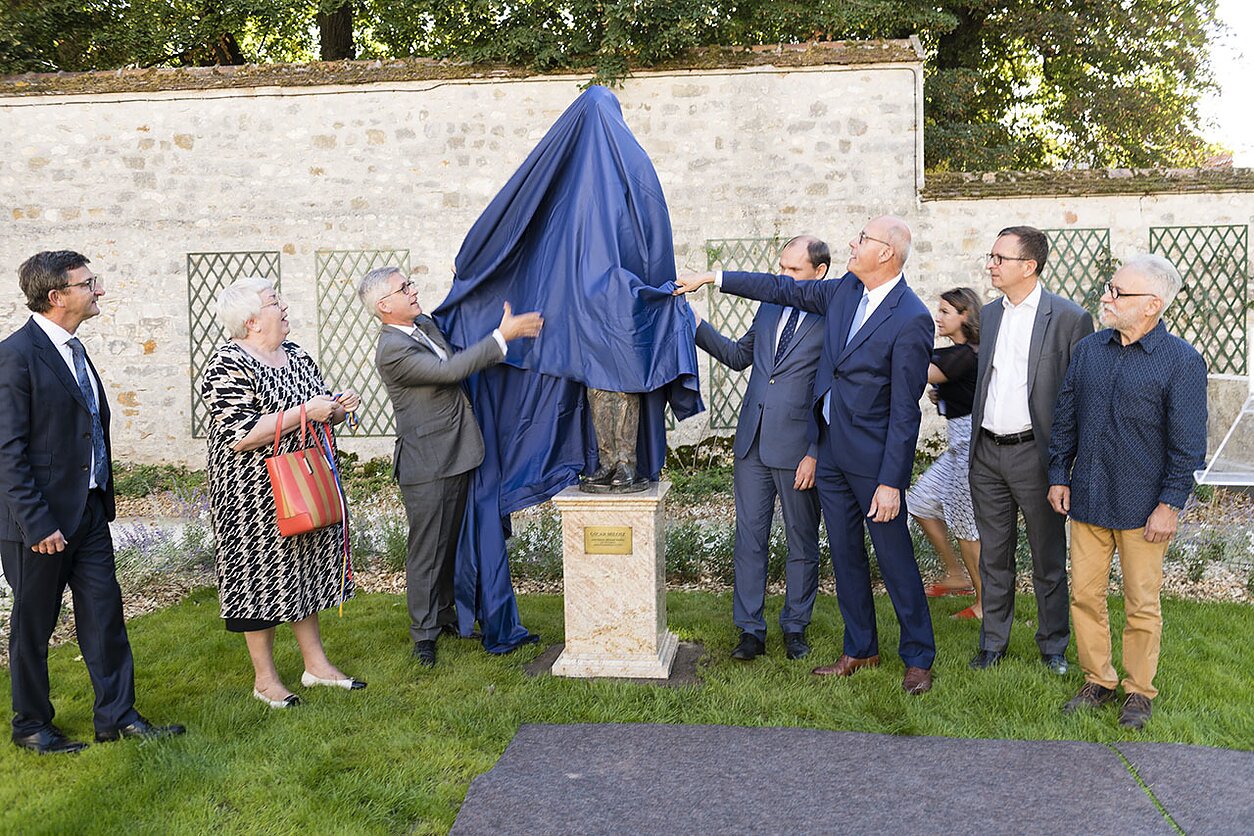 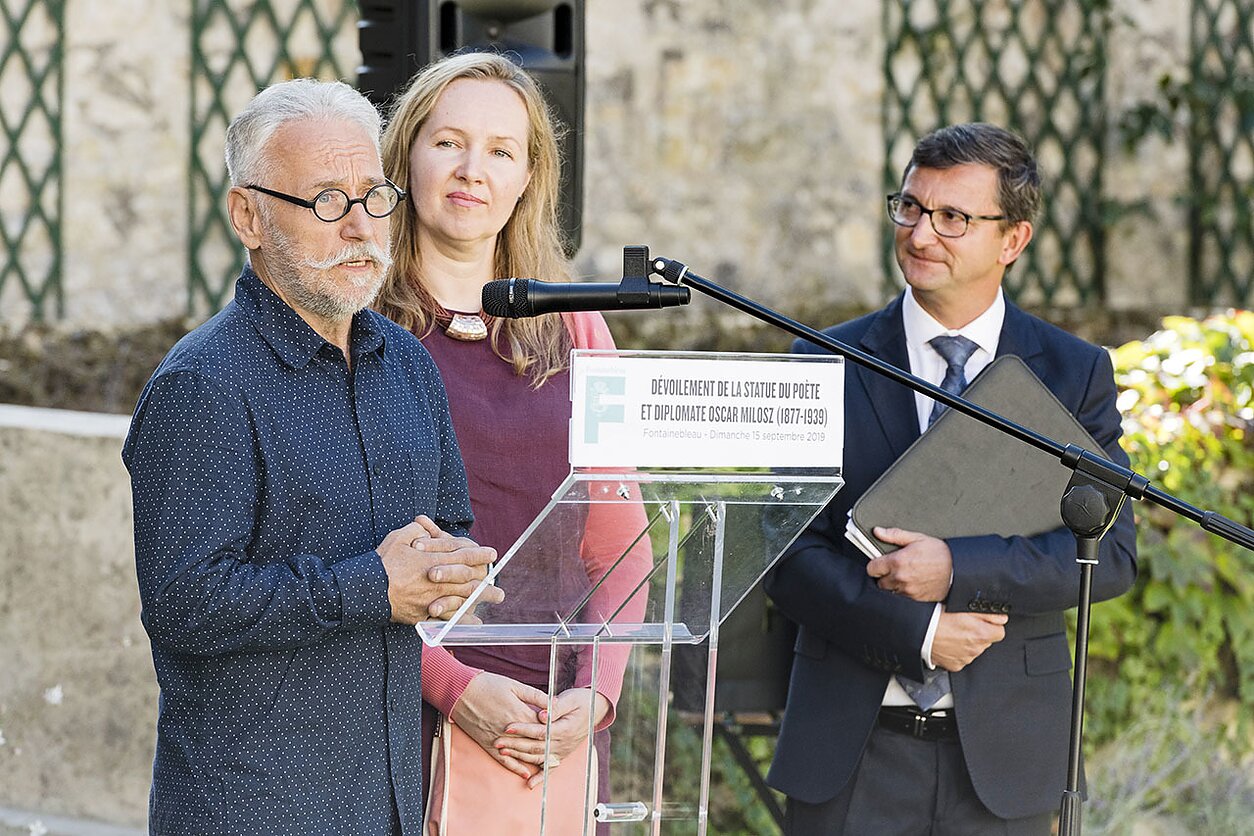