How much for the Gediminas Tower or President's Palace? 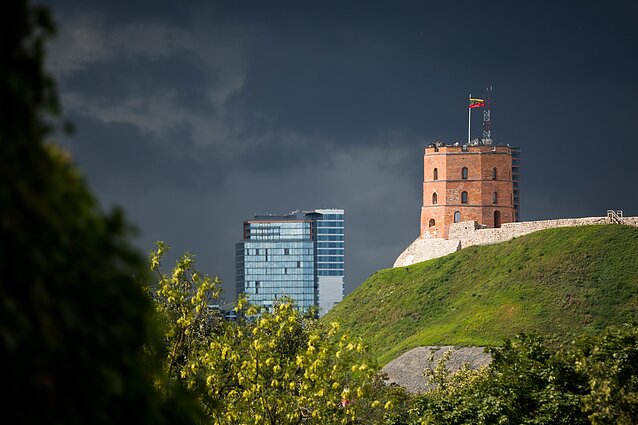 It is highly unlikely that the Gediminas Tower, the iconic landmark of Vilnius, will be put on the market any time soon, but if it were, how much would it cost as a piece of property?

The Centre of Registers lists information about the average market value of around 6 million pieces of property in the country. Interestingly, even the country's architectural history are given price tags. 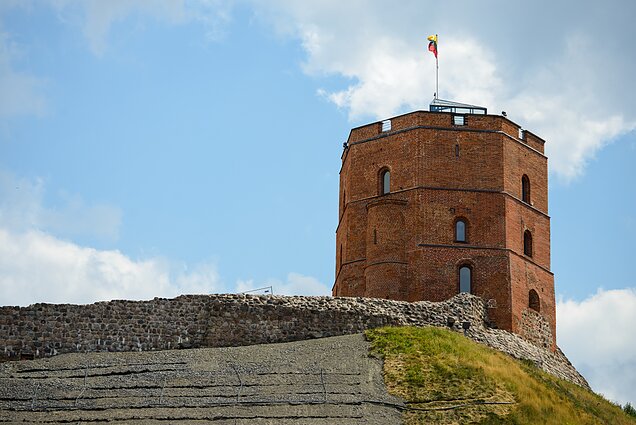 The iconic red brick tower, dating back to the late thirteenth or early fourteenth century, is all that is left of a medieval fortification from which the city grew.

Basic by the standards of modern comforts, it is the location that really makes Gediminas Tower a prized piece of property with views of the city to die for.

The Centre of Registers values it at 139,000 euros. Very reasonable, although the plot of land on which the tower sits is estimated at a whooping 18.6 million euros. True, it covers an area of 50 hectares and includes a number of additional buildings, like the Cathedral, the Museum of Applied Art and the Grand Dukes Palace.

Clearly, if Gediminas Tower was actually on sale, it could fetch eight-digit sums, according to a well-known, independent real estate expert who consulted LRT.lt. He preferred to stay anonymous due to the speculative nature of his estimates.

Despite a relatively small floor area – 350 square metres – Gediminas Tower commands an exceptional site and, should the buyer be allowed to develop the hilltop (highly unlikely), the tower may sell for 20 to 30 million euros. 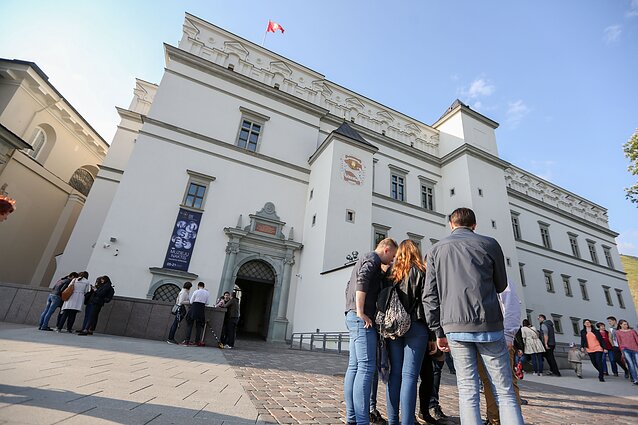 Despite its appearance, this Renaissance-style palace was completed less than a decade ago, purportedly a reconstruction of the residence of Lithuania's grand dukes until the seventeenth century.

The shiny new edifice cost over 100 million euros to build, but, according to the Centre of Registers, is worth paltry 9.2 million today.

According to the real estate expert, estimating the market value of the building is quite straightforward – centrally-located, it could easily be converted to a hotel, an office building or divided into luxury flats. In that case, investors would easily scrape up between 40 and 60 million euros. 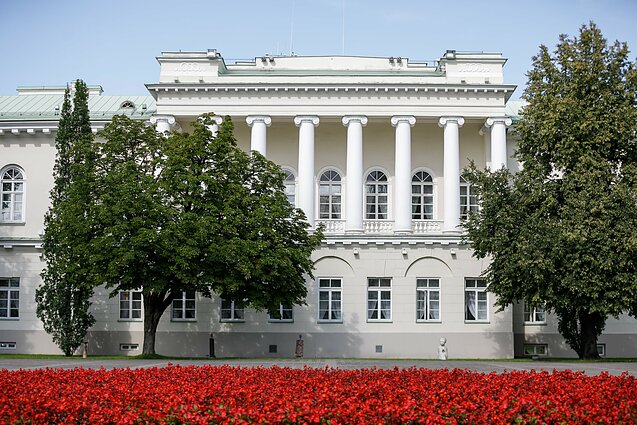 The white house of Lithuania, this nineteenth-century palace that houses the office of the Lithuanian president is valued at 6.2 million euros. The land it stands on is worth another 4.5 million.

However, if it were put on the market, the building could sell for 40-60 million, according to the expert.

The Seimas of Lithuania

The modernist building that currently houses the Lithuanian parliament was completed in 1980 as the seat of the Supreme Council of the Lithuanian Soviet Socialist Republic.

To accommodate additional functions of a sovereign parliament, the Seimas complex now includes several modern annexes and is valued at 16 million euros, plus 2.1 million euros for its plot of land.

Our real estate expert says that, despite extensive floor area, this piece of property is rather less enticing than the others.

“These are edifices of Soviet design and build, with quite unattractive solutions, especially when there's so much modern office and hotel space on offer,” he says. The main building with its annexes would sell for 20-40 million. 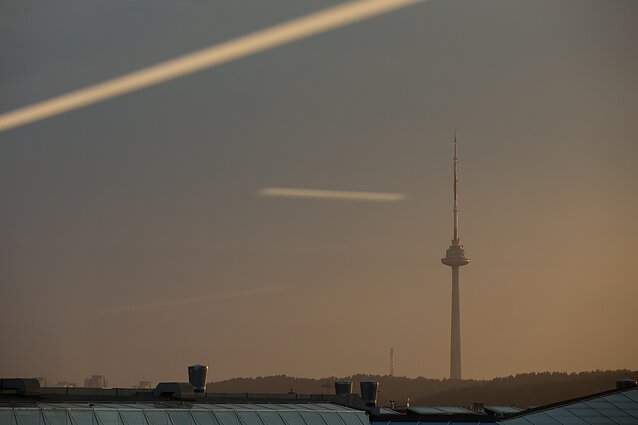 The tallest building in Lithuania and the eight highest-rising structure in Europe, Vilnius TV Tower was completed in 1980. It houses a restaurant with a 360-degree vista of the city and, well, a giant TV transmission antenna.

The Centre of Registers lists its value as 1.3 million euros and the land underneath it is worth another 2.7 million. While its construction costs are difficult to estimate, the business daily Verslo Žinios reported last year that the planned reconstruction of the TV Tower come at 12 million euros.

If it were put on the market, the TV Tower might struggle to find a buyer, our expert says, simply because of the limited range of use it could be put to.

“The 3,000-square-metre administrative wing at the foot of the tower would not be in high demand and could hardly bring more than 2-3 million euros,” he says. “The restaurant at the top could be worth another 2 to 3 million. How much would anyone want to pay for the 300-metre mast? Impossible to tell. It would have to be a very imaginative buyer.” 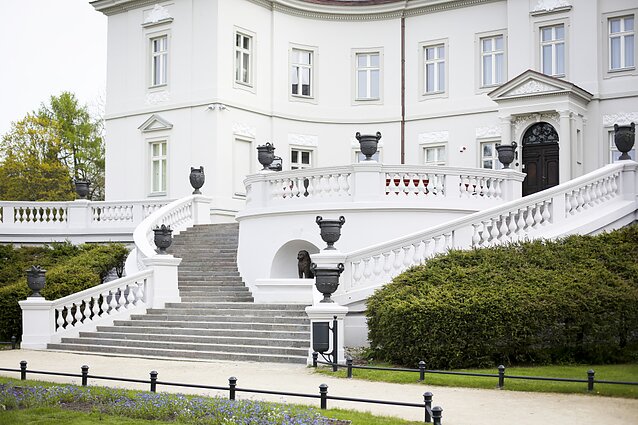 Finished in the 1890s, the Palanga residence of the once powerful Polish-Lithuanian magnate family overlooks a picturesque park designed by the famous French landscape architect Édouard François André and is just metres away from the sandy coast of the Baltic Sea.

A prime piece of real estate in Lithuania's main coastal resort, this two-story palace is, surprisingly, only valued at 204,000 euros, little more than a luxury flat in Vilnius. The land it stands on is worth 189,000 euros, according to the Centre of Registers.

However, if it could be sold on the market and converted to a villa – the building is currently used as a museum and a concert venue – it could in fact be worth between 5 and 8 million euros, the real estate expert says.

Mindaugas Samkus, a spokesman for the Centre of Registers, explains that the methodology used to appraise six million properties only gives an average market value. The formula uses transactions involving similar properties in the same area.

The figures from the mass appraisal are used by the government to calculate taxes and estimate its own assets, but does not mean that each piece of property will sell for the given price.

“We need to estimate average values of groups of similar properties in a very short time. We do not appraise each piece of real estate individually, so the figures may differ. When it comes to individual houses and flats, the real market value is what the buyer and seller agree on,” Samkus says.

The problem with historical and contemporary landmarks is that they are unique, with no market where similar properties are traded. They do not have a market value simply because they are not on the market. 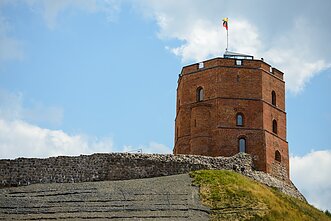 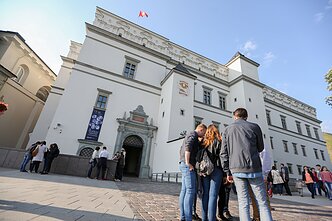 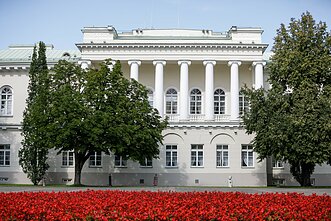 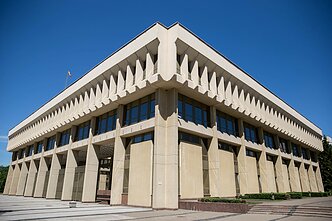 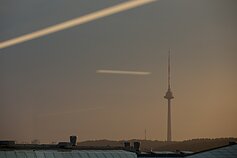 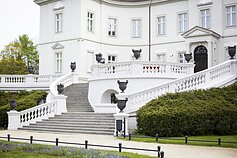