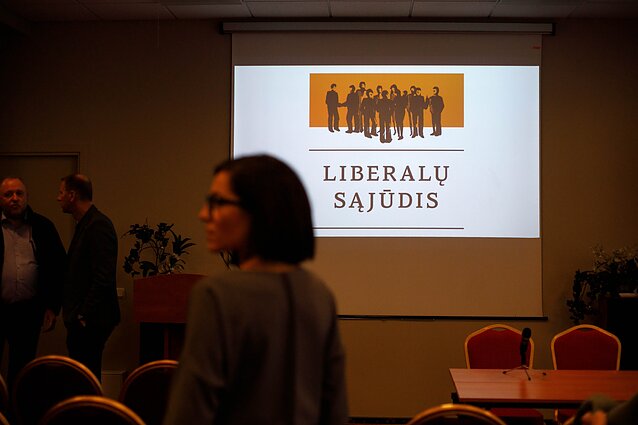 The Liberal Movement, a Lithuanian opposition party, begins an online vote to elect its next leader. Four candidates are vying for the post, while the current liberal leader, Eugenijus Gentvilas, is not seeking reelection.

Online voting will last six days and, should no one candidate secure a majority, a run-off is planned for September 19-21, to be followed by the Liberal Movement's general assembly.

The candidates to lead the party are Andrius Bagdonas, a council member of Neringa, Vilnius chapter member Vytautas Danilevičius, Trakai Mayor Edita Rudelienė, and MP Viktorija Čmilytė-Nielsen, currently the leader of the opposition in the Lithuanian parliament.

Over 2,000 out of about 7,000 party members have the right to elect the leader, according to acting executive secretary Dainius Petravičius.

The Liberal Movement currently has ten members in the Seimas.

Before Gentvilas, the party was led by Vilnius Mayor Remigijus Šimašius. He left the Liberal Movement in November 2018 to subsequently found a new liberal party. A number of Liberal Movement members followed Šimašius.

The Liberal Movement, founded in 2006, suffered a major blow in 2016 when its then leader, Eligijus Masiulis, was accused of taking a bribe and the party was scrutinised for its alleged ties to MG Baltic, one of the biggest business groups in the country.