Speaking after his meeting with NATO Secretary General Jens Stoltenberg on Wednesday, Nausėda said the international allied battalion deployed in Lithuania in 2017 was a good measure to deter Russia, but not a sufficient one to defend the Baltics against Moscow's attack.

“We already have a high level of deterrence, but we still need much more to be done in the area of defence,” Nausėda told a joint press conference at NATO headquarters. “We are very happy to host the EFP (NATO's Enhanced Forward Presence battalion) in Lithuania, but it's not enough.”

According to the president, high concentration of Russian troops in the Kaliningrad region is posing a threat to Lithuania's security.

The Baltic states are currently seeking additional air defence guarantees so that fighter jets stationed in the Baltic states as part of NATO's air policing mission could carry out defence tasks, and also for the allies to bring in ground systems for military exercises more often.

Lithuania, Latvia and Estonia are also trying to convince allies to bolster the international battalion, stationed in 2017, with air and marine defence measures. 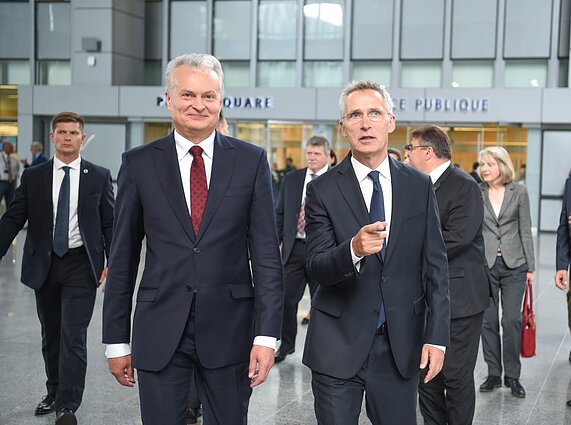 Moreover, they are asking for the allies' contribution to ensure that, in case of a conflict, the Baltic states are not cut off from the rest of NATO countries in the event of Russia seizing the so-called Suwalki Corridor and taking over the control of the Baltic Sea. Lithuania wants more detailed NATO defence plans for the region.

Stoltenberg says NATO has significantly bolstered its presence in the Baltic Sea region and “we are constantly looking into the need to do more”.

“We are now working to increase our levels of readiness so our reinforcements provide even more effective deterrence,” the NATO chief said.

Nausėda also reiterated in Brussels his aspiration to have a closer dialogue with Belarus, despite Lithuania's negative position on the Astravyets nuclear power plant.

The president said he wished for breakthroughs in the areas of trade and investment, and also closer relations between the people of Lithuania and Belarus. 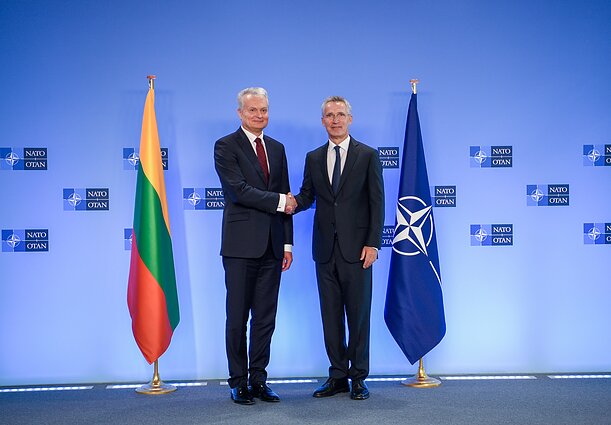 “Dialogue is much better that confrontation,” the Lithuanian president said. “We want to have a better understanding of each other, so I will continue my effort to rebuild a dialogue with our neighbour and to solve all the problematic issues,” Nausėda said.

The Lithuanian president has recently had an undisclosed meeting with political scientists and discussed possible changes in the country's relations with Belarus. 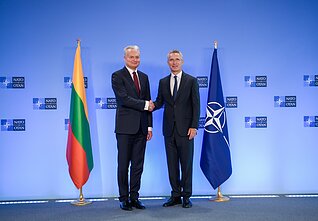 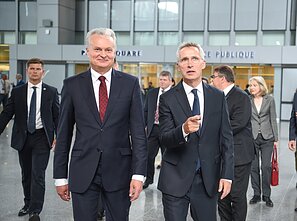 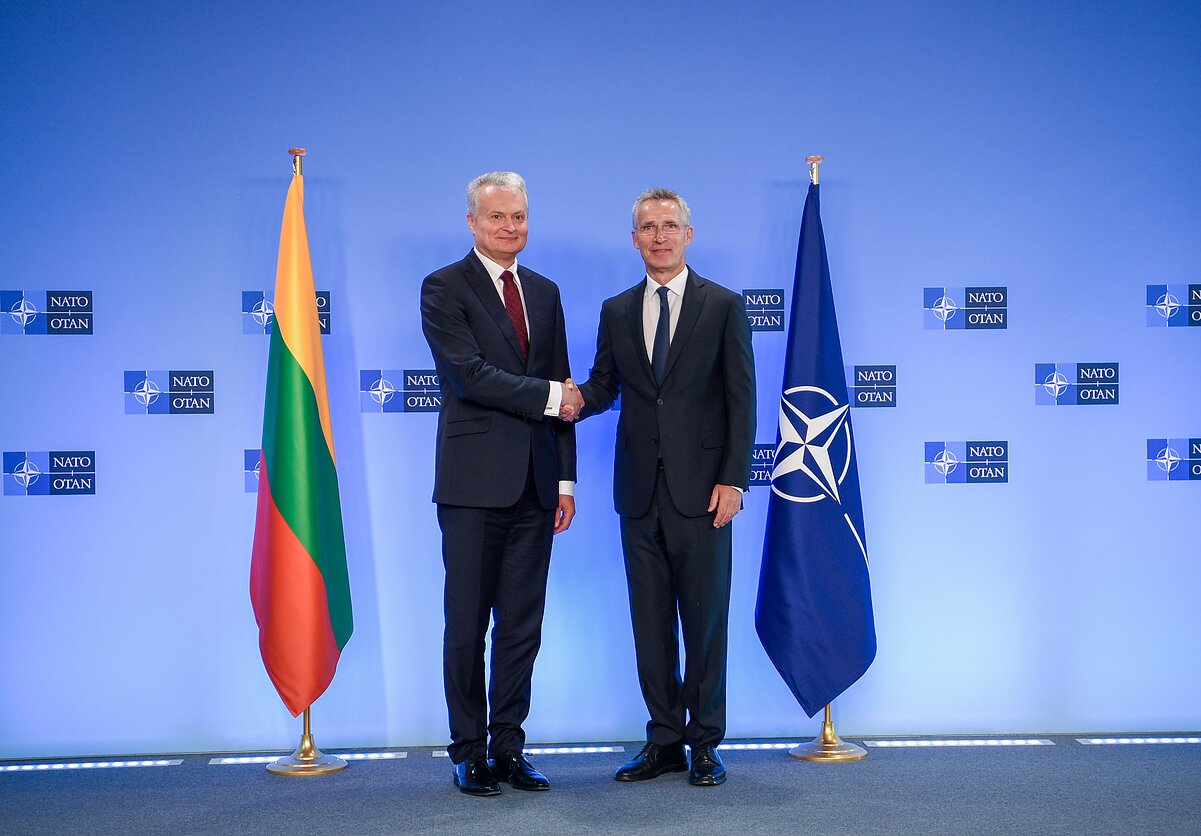 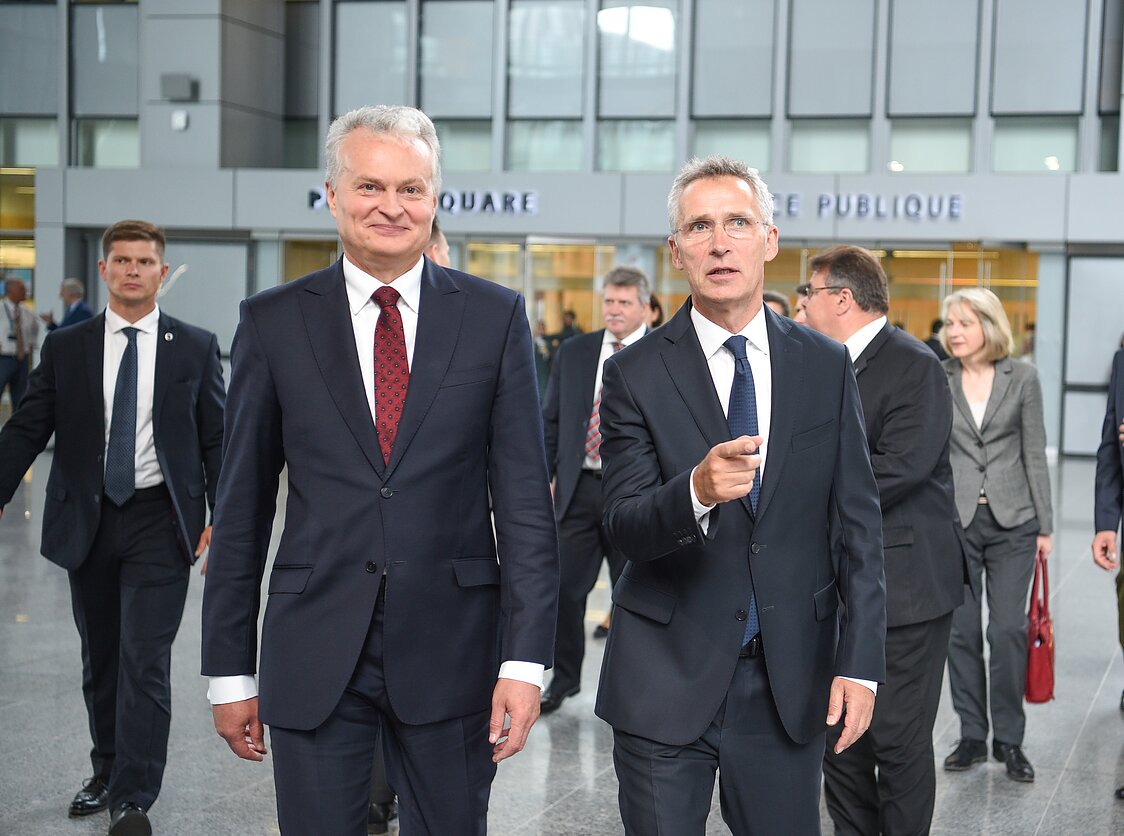