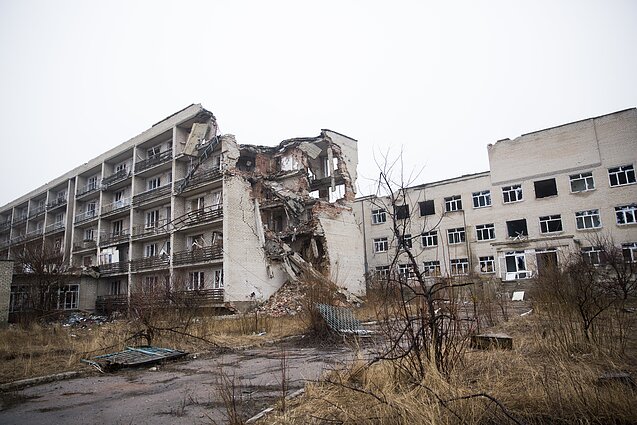 In an exclusive interview for LRT.lt, the US Special Representative for negotiations in Ukraine, Kurt Volker, says that Ukraine still has in front of it all the steps needed to become a member of EU and NATO that “Lithuania had to do 20 years ago”.

Speaking in August on the sidelines of Valdus Adamkus’ Conference in Vilnius, Volker told LRT.lt that “Russia still seems to think that this conflict gives it some leverage in some way”.

“Ukraine is succeeding even with this conflict going on and I hope that this fact will convince Russia that it’s finally time to bring it to an end,” said Volker.

According to him, “it’s going to take Russia deciding that it’s willing to withdraw its forces to end the conflict”.

Ukraine's President Volodymyr Zelensky has made it clear that he wants peace, said Volker, and “wants to try new things and initiatives,” including “a unilateral disengagement of forces in Stanitsa Luhanska, where there's one of these boundary crossing points”.

“People who are native Russian speakers live throughout Ukraine [and] the only place where [they] are suffering is where Russia has invaded,” he said, adding that it’s not a frozen conflict, because “the fighting goes on every day”.

The conflict has “made Ukraine stronger, more unified, more anti-Russian, which is unfortunate, but it’s true,” he said. Now, Ukraine is more “connected to Europe than they were in the past, there’s nothing that Russia is gaining out of it”.

“The society is tired of the war [...] there’s a tremendous political will to see this resolved on the Ukrainian side, and a tremendous frustration and anger at Russia.”

“We haven't seen from Russia to indicate seriousness about ending the conflict,” he said. “Maybe some initial steps, such as prisoner exchange or more durable ceasefire or successful reconstruction of this bridge [...] could help build some momentum.”

The US resolve is clear, said Volker. “We have sanctions in place [...] we lifted the arms ban on the sale of defensive equipment, we have [provided] anti-tank and anti-sniper systems, we are looking at what comes next after them.”

“A few years ago, you would have said that it looks like time is on Russia’s side [...]. It’s turned around. Ukraine had very successful democratic elections [...] the economy is growing [and] Ukraine is on a track that will make it a very successful country, despite the Russian invasion.”

According to Volker, a “prosporous Ukraine will be a good neighbour for Russia. A Ukraine that Russia is attacking, killing Ukrainians every week [...] will not be.”

“It’s a situation in which Russia isn’t gaining much. They have lost lives, they’re still fighting, they’re paying a lot of money for civil and military operations, and it’s had the opposite effect.”

“Russia’s invasion of Ukraine continues to be pointless,” he added. 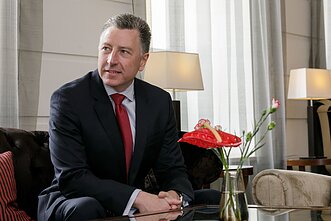 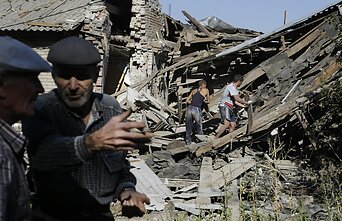