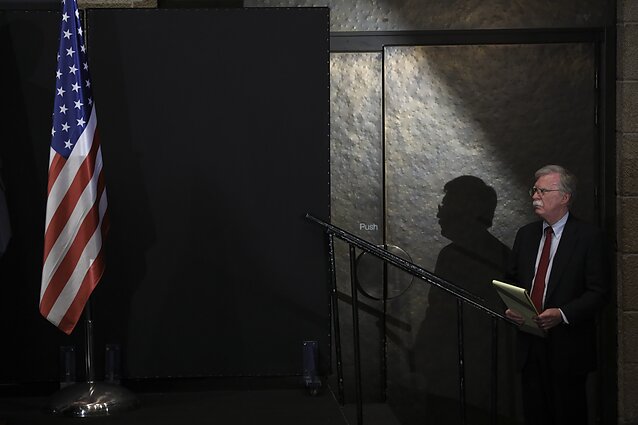 In the highest-ranking US visit to Belarus in two decades, US National Security Adviser John Bolton met with Belarusian President Alexander Lukashenko in Minsk on Thursday.

Vilnius often advocates for more US involvement in Eastern Europe, but this meeting reaped few dividends for Lithuania, which is struggling to rally its neighbours against the Belarusian nuclear plant under construction 50 kilometers from Vilnius.

“From the Lithuanian point of view, this visit sends several messages,” Laurynas Jonavičius, a lecturer at Vilnius University's Institute of International Relations and Political Science, has told BNS.

“There was not a single word about Astravyets [nuclear plant]. It is likely that Bolton did not raise this issue [and] it’s likely that this is irrelevant to Americans and they do not want to bog down the pursuit of geostrategic interests with details that are insignificant when looked at from Washington,” said Jonavičius.

Yet, “there is a very practical issue of alternative oil supplies to Belarus. This is a growing problem in Russian-Belarusian relations, and it is certainly on the US-Belarus agenda,” said Jonavičius.

“Geographically, Lithuania is the closest gateway for oil to Belarus from the West, if such an agreement were reached, of course. This is something to think about and maybe take advantage of."

Vytis Jurkonis, a political scientist and the Lithuanian representative of the US non-governmental organization Freedom House, said that "sceptics will view Bolton's visit simply as a manoeuvre or compensation for Eastern policies.”

“At the same time, it is necessary to make use of this situation in search for common interests.”

Speaking at the airport before departing for Minsk, Bolton told Radio Free Europe/Radio Liberty that his talks with Lukashenko “unexpectedly” lasted more than two hours and covered “a lot of ground,” including human rights.

“We didn't resolve any issues [...] certainly, I didn't come into the conversation with the expectation that we would [...] but I thought it was a fascinating conversation," he said. 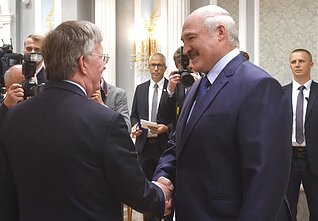 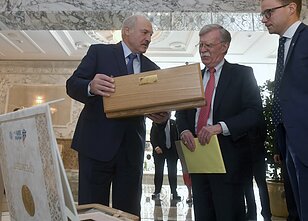 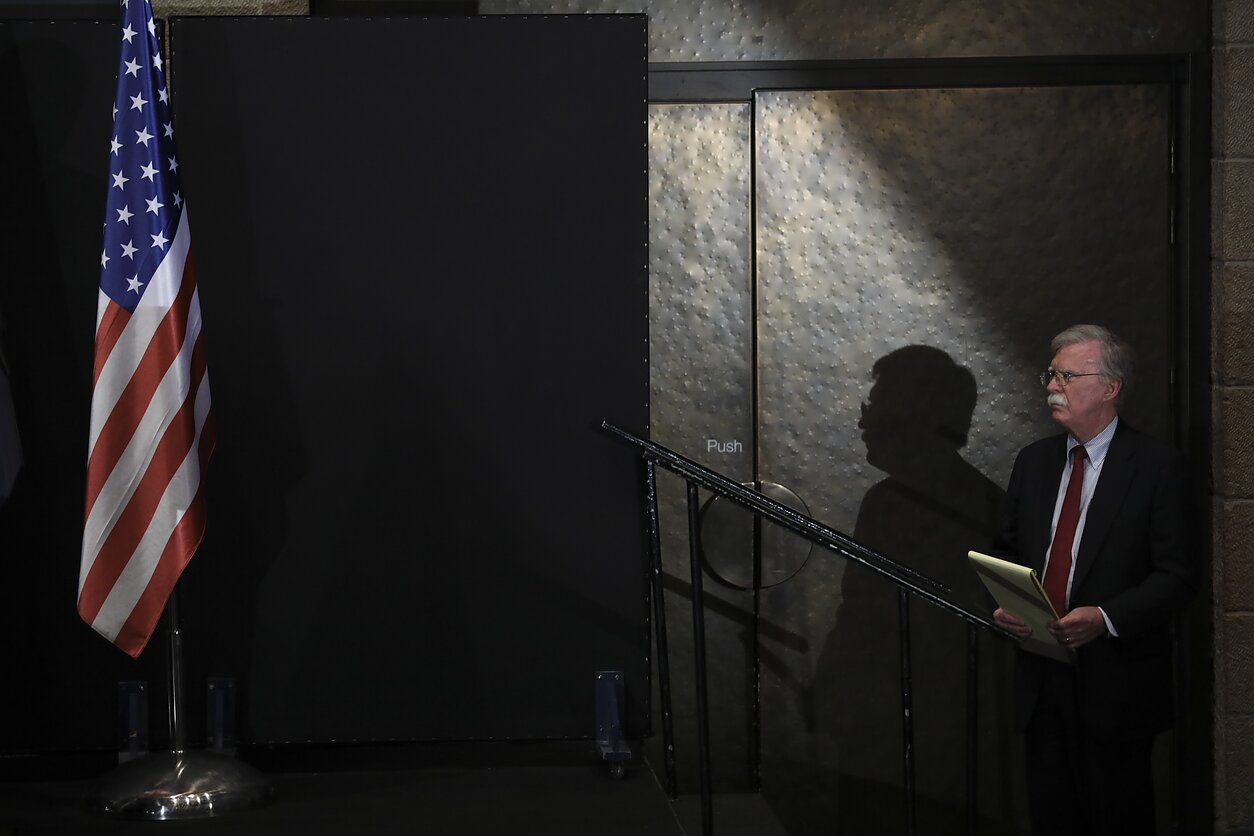 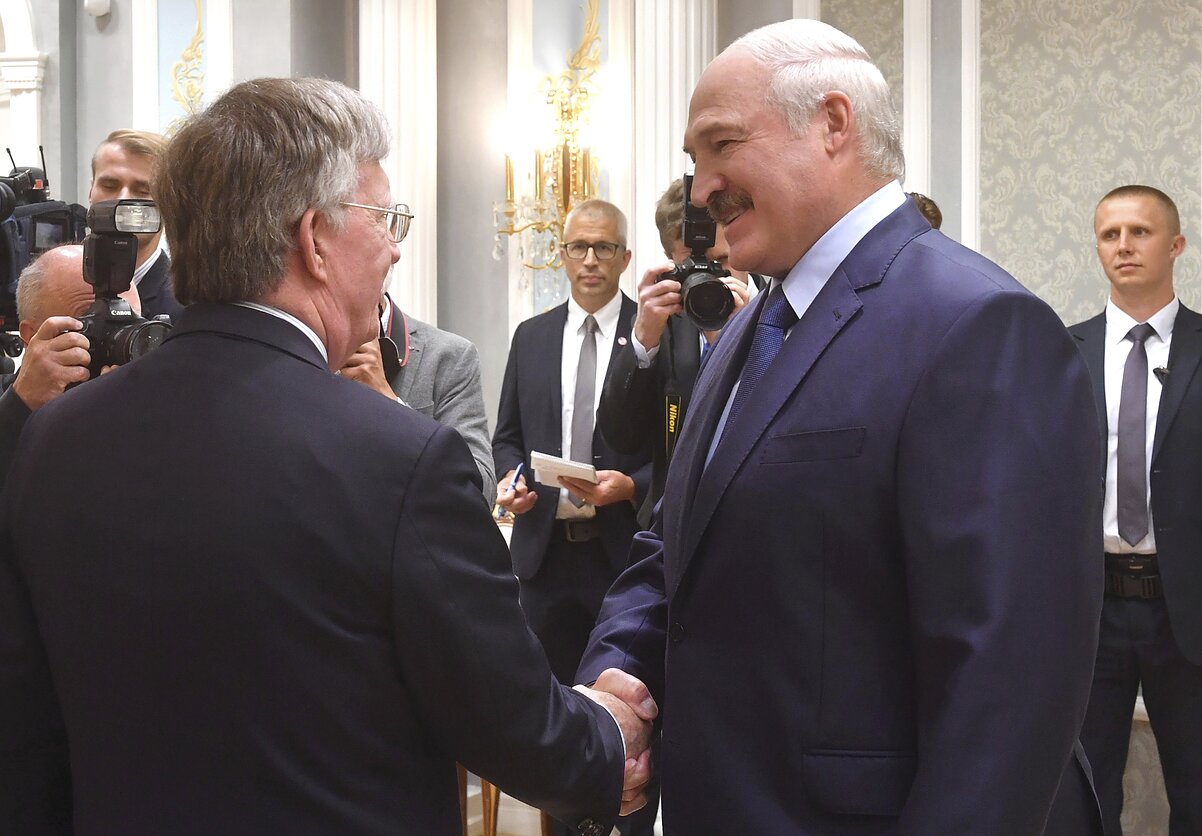 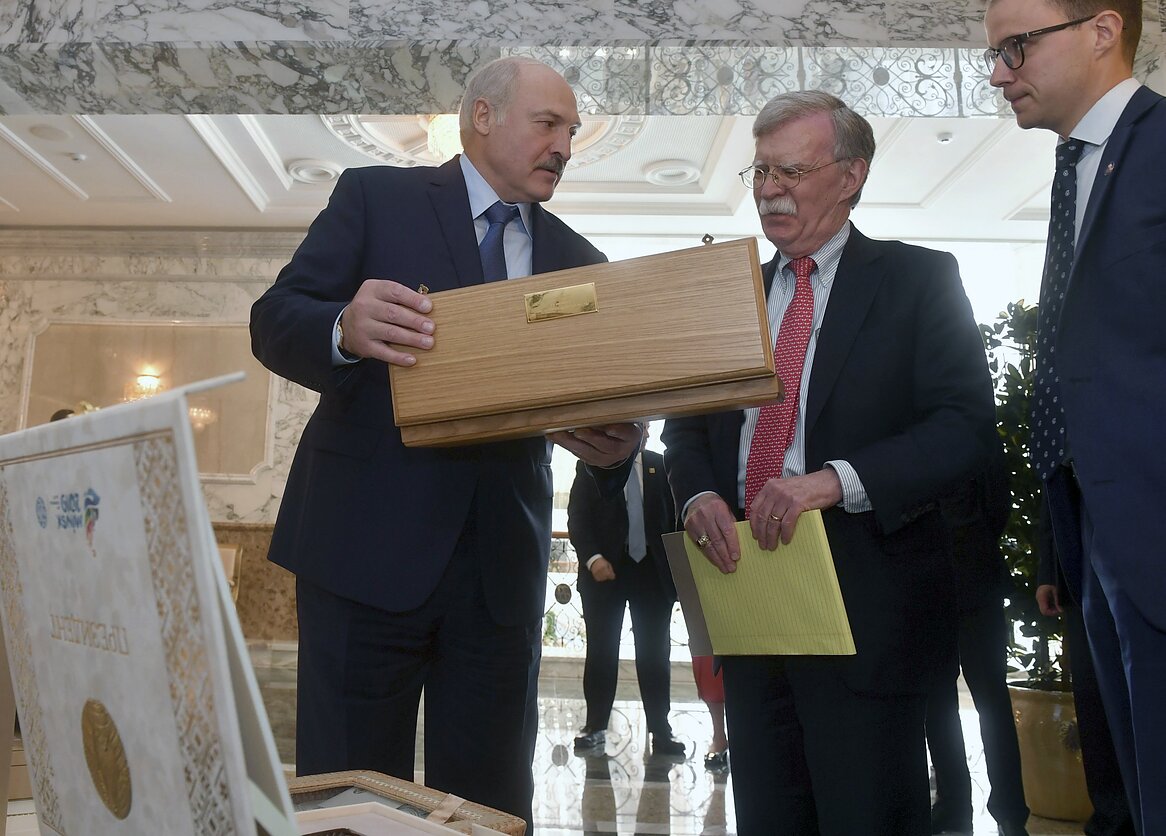