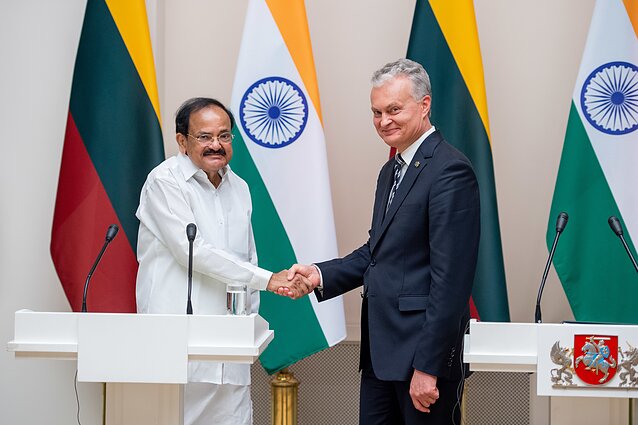 Lithuania hopes for India's further investment in the country and hopes it will open an embassy in Vilnius, Gitanas Nausėda told Indian Vice President Venkaiah Naidu during their meeting in Vilnius on Saturday.

"We have Indian investment in Lithuania already, and we cannot say the same about Lithuanian investment in India [...] we have invited Indian companies to more actively invest in [life sciences, biotechnology and fintech], and increase their capacity in our region," Nausėda told a joint press conference at the Presidential Palace.

However, the issue of India's embassy in Lithuania remains open.

Meanwhile, the Indian vice president invited Lithuania to make use of the economic possibilities in India.

"We agreed to enhance cooperation in areas such as agriculture, food processing, information technology, financial services, and also financial technology," he said.

India is one of the fastest-developing economies in the world, creating many possibilities for Lithuania, according to Naidu.

"We spoke about the fact that discussions on the opening of India's embassy in Lithuania have been taking place since 2005 but no decisions have been made yet [...] but, of course, it doesn't depend on us," said Nausėda.

Lithuania's embassy in India operates since 2013.

According to the Lithuanian presidential office, it's the first time an Indian official of such high ranking is visiting Lithuania. Therefore, "this visit is viewed as a new stage in active bilateral cooperation".

The last time Lithuania's president paid a state visit to India was in 2001. 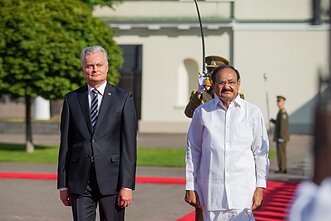 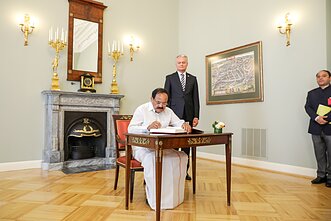 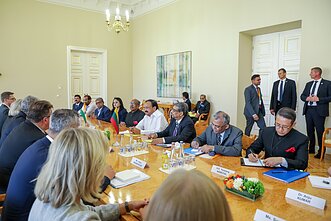 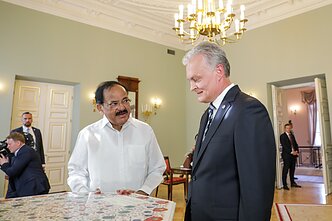 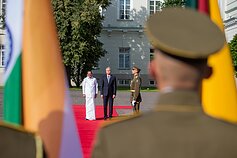 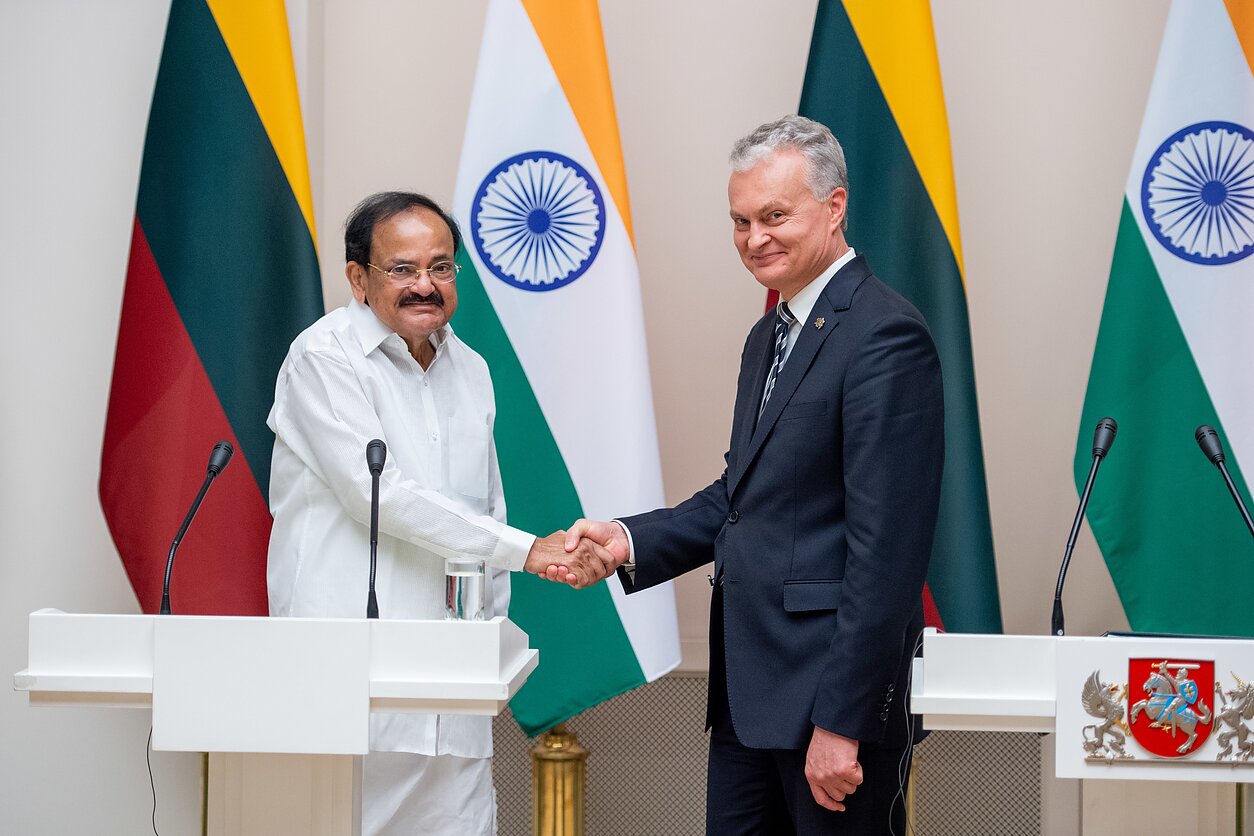 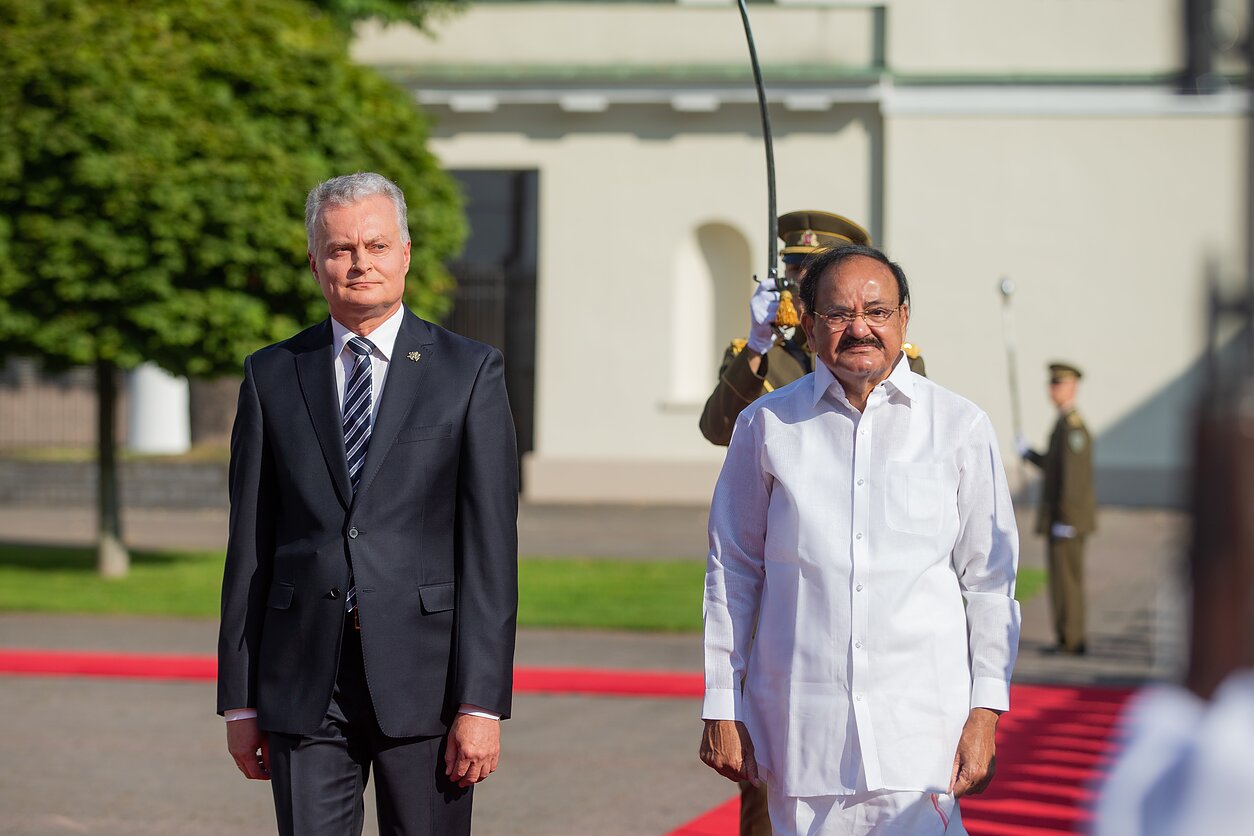 Venkaiah Naidu and Gitanas Nausėda
2 / 6Office of the Lithuanian President 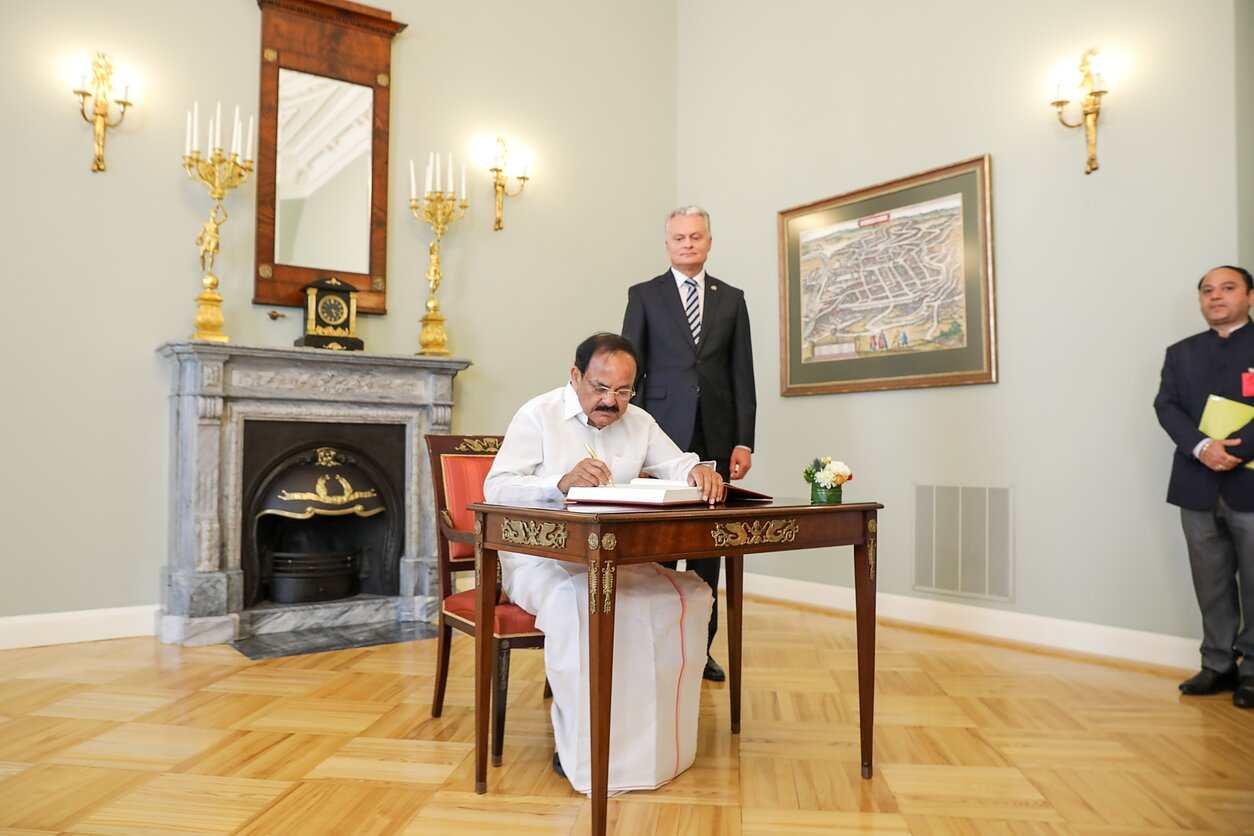 Venkaiah Naidu and Gitanas Nausėda
3 / 6Office of the Lithuanian President 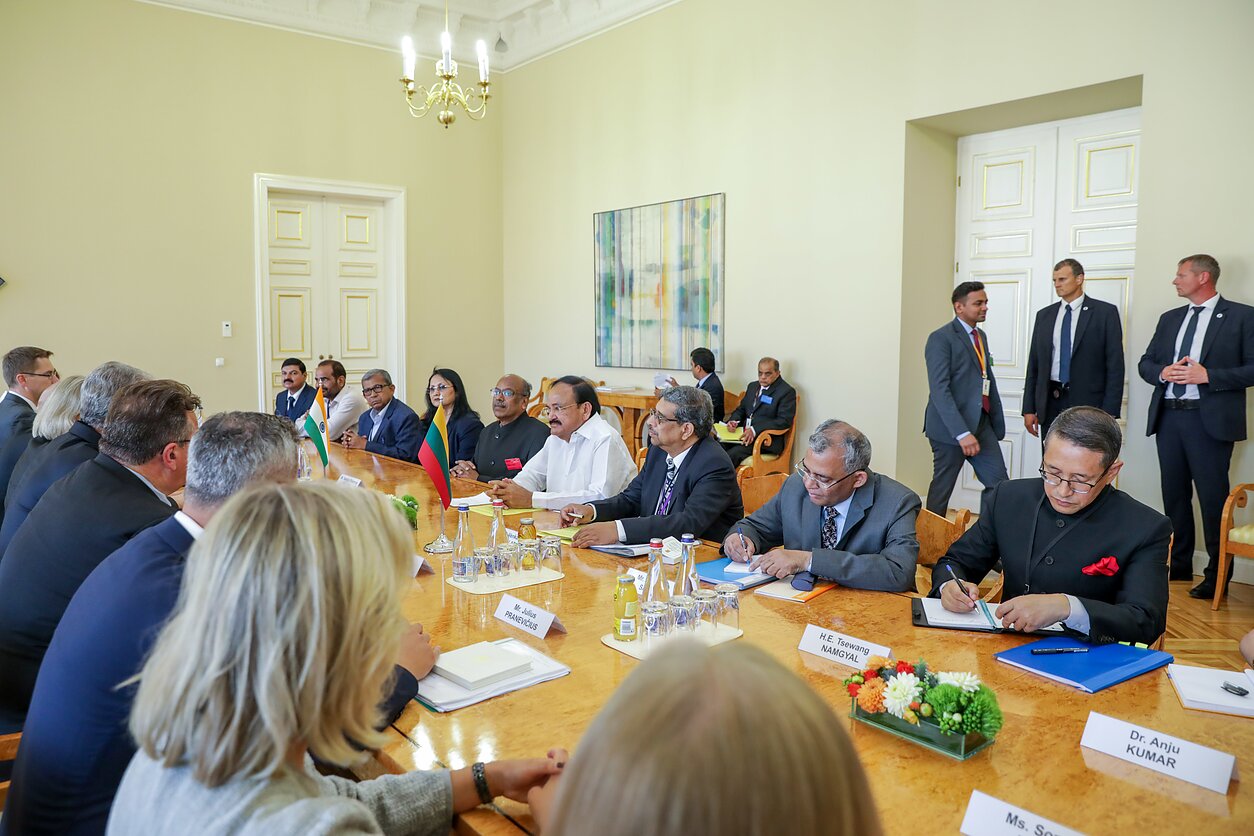 Venkaiah Naidu and Gitanas Nausėda
4 / 6Office of the Lithuanian President 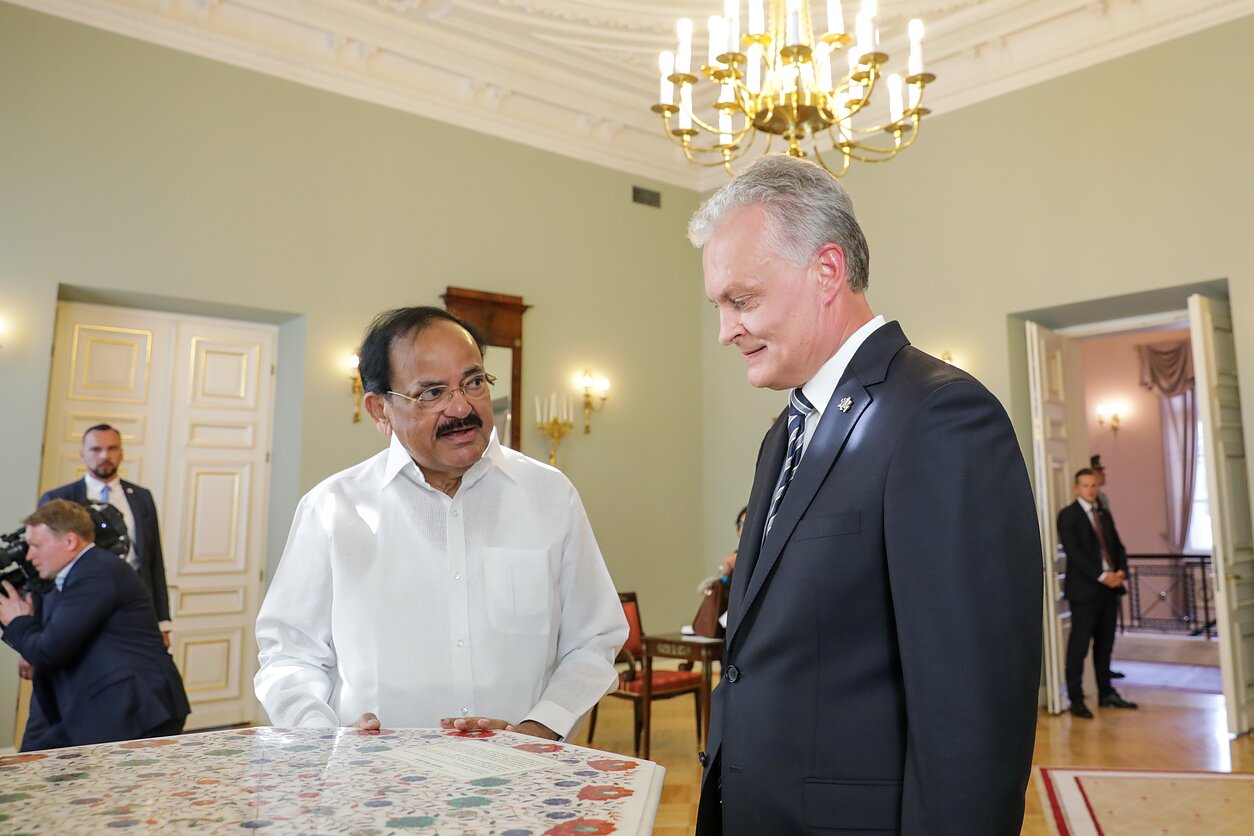 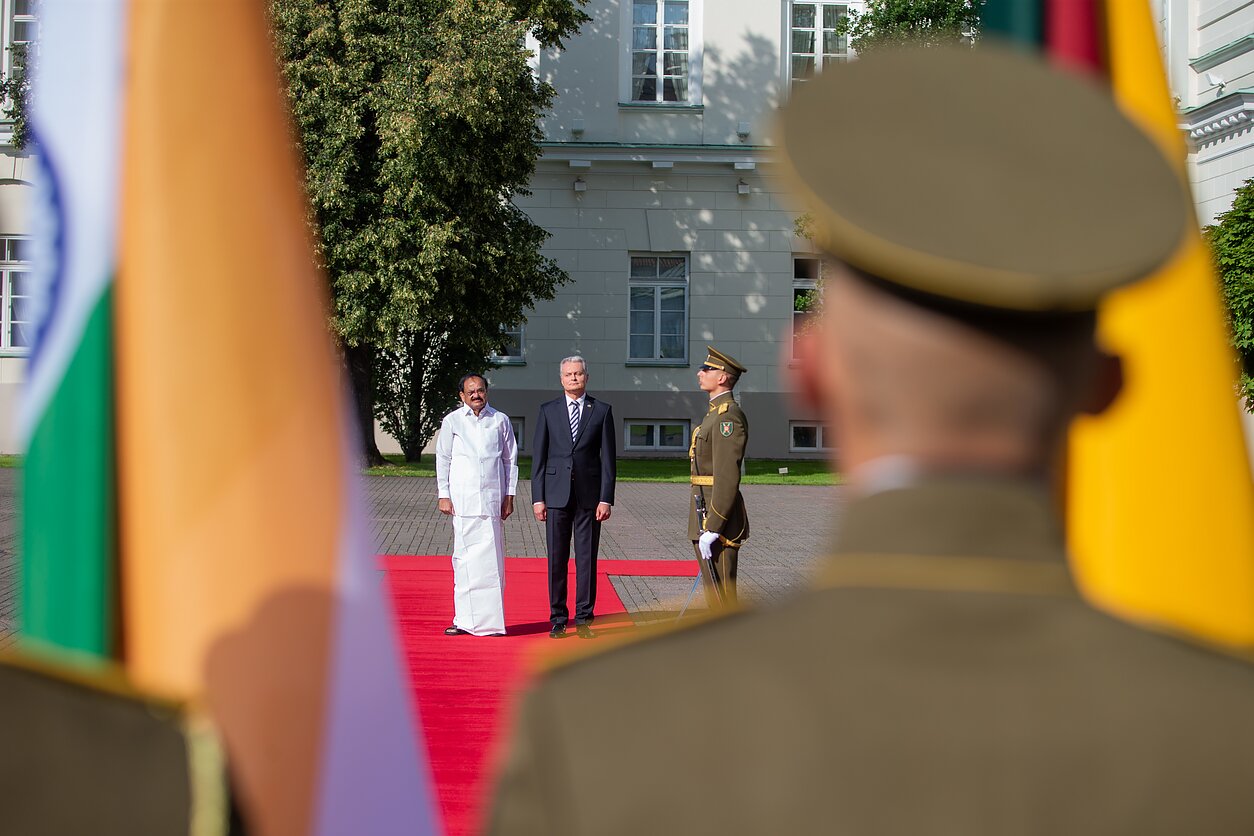 Venkaiah Naidu and Gitanas Nausėda
6 / 6Office of the Lithuanian President