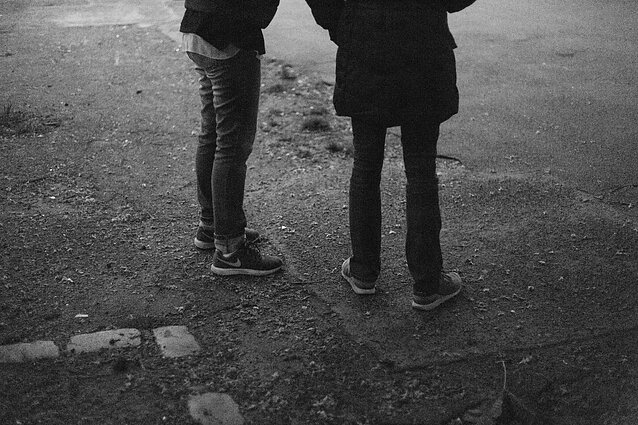 Local communities in two Lithuanians towns blocked plans to build a foster home for eight minors and objected to the construction of an accommodation for ten people with mental disabilities. The two incidents caught the nation's attention earlier this month, drawing indignation from public figures.

The events raised uncomfortable questions among Lithuanians, with the journalist Daiva Žeimytė-Bilienė and Lithuanian Paralympics Committee President Mindaugas Bilius publishing an open letter addressed to the government and the president.

“We all speak a lot about how each one of us is responsible for the country we live in,” the statement read. The local community in Biržai, northern Lithuania, claimed ‘the area is beautiful, calm, and the children will cause horrors’”.

In Žiežmariai, central Lithuania, “the residents are basing their position that ‘people with disabilities are unpredictable, and are saying that children will be unsafe, because these people can abuse them, and they don’t want their children to see ‘daunai’ [derogatory term referring to people with Down’s Syndrome] on the other side of the fence,” according to the open letter. 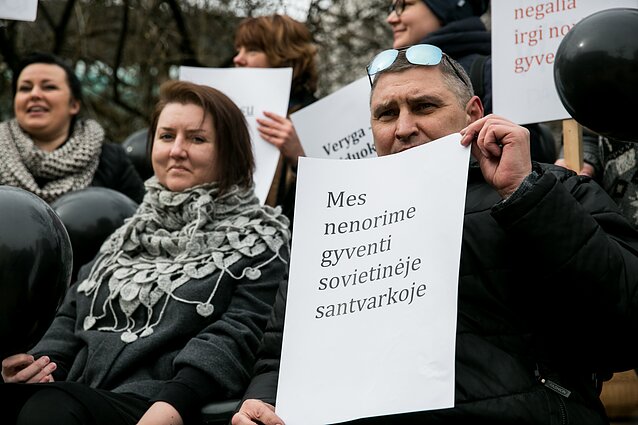 “We do not deny the problem, but we are pushing it away when it comes closer than we would like it to. But it does not disappear. Children without parental care and people with disabilities cannot be rejected, separated and stigmatized. The respect for their dignity is a proof of our own dignity and maturity,” the president posted on Facebook on Tuesday.

The local communities have told the media in recent days they fear for their own safety and the safety of their children, and also used derogatory terms when speaking about the people who would be accommodated in their neighborhood.

People also said the local authorities had not coordinated their plans with them and had not asked their opinion.

Lithuanian Prime Minister Saulius Skvernelis has also called on institutions and the local communities in Biržai and Žiežmariai to take action over the situation.

“Hatred incited in the public will not be tolerated,” said Skvernelis.

Head of Save the Children Lithuania NGO, Rasa Didžpetrienė, told LRT RADIO that “we are speaking about eight small children, who have been pushed away by adults”.

“They see television, internet and can observe the things that are happening. I find it difficult to understand how adults became afraid of eight children, instead of reaching out and helping to raise them.”

Part of the local community refusing to host the children in Biržai believe that those raised without parents will be anti-social and unruly. However, according to Didžpetrienė, no child was born this way: “First we need to answer in what environment these kids were growing up, and what adults did to them.”

The foster home in Biržai, northern Lithuania, will likely be built on a different street, after members of the community rallied against the calls to ban the construction. The future of the care home for people with mental disabilitites in Žiežmariai is currently unclear. 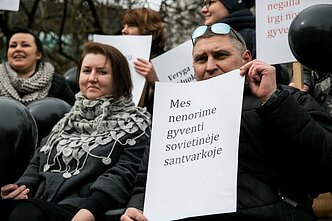 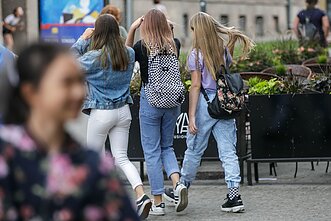