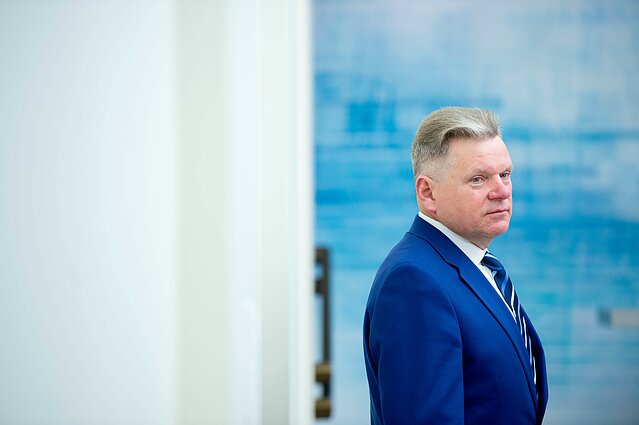 "The president makes the conclusion that if the candidate is appointed, he will have a good opportunity to demonstrate maturity and readiness to represent the state, and not separate groups," Jaroslav Neverovič, a presidential adviser, told journalists after the president's meeting with Narkevic on Wednesday morning.

According to the presidential adviser, the new transport minister would have to look for allies to counter EU's so-called Mobility Package, which the government has previously deemed unfavourable to Lithuania.

According to Neverovič, the president also hopes Narkevič will continue his predecessor Rokas Masiulis' work aimed at making the transport sector more transparent and ensuring that it's depoliticized.

"We are glad the opinions on this matter match," the presidential adviser said.

The candidate for transport minister had been proposed by the LLRA-KŠS, which is part of new ruling coalition. It's also been handed the interior minister portfolio.

Narkevič said this party's members are "equal citizens of Lithuania who deem the wellbeing of Lithuanian people to be the priority".

"I think that certain opinions about our party and certain members of our party have nothing to do with reality," he said. "We shouldn't have to prove we are more white, black or red in terms of colour."

The president and Narkevič also discussed other strategic projects and ways to reduce gas emissions in the transport sector, Neverovič said. 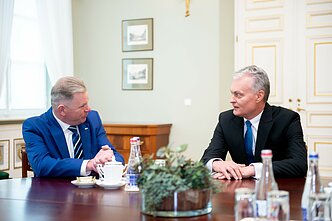 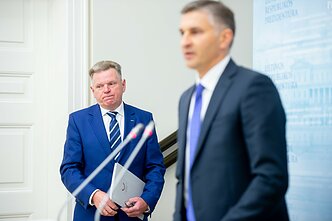