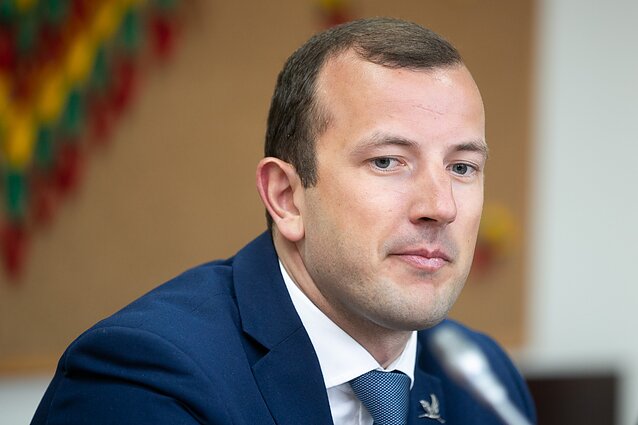 Virginijus Sinkevičius, Lithuania's acting minister of economy and innovation, is to have a meeting with the elected European Commission President Ursula von der Layen in Brussels on Tuesday. While the Lithuanian government has not yet nominated a candidate for the EC, Sinkevičius has been endorsed by one of the ruling parties.

“During his visit [in Brussels], he [Minister Sinkevičius] will have an informal meeting with the head of the European Commission,” the minister's spokesman Egidijus Jurgelionis told BNS on Monday.

Lithuania has not yet formally chosen its candidate for the next European Commission, but the ruling Farmers and Greens Union said several weeks ago they would back 28-year-old Sinkevičius for the post.

Prime Minister Saulius Skvernelis then said a nominee had yet to be picked and that both male and female candidates were under consideration.

Skvernelis has also said Lithuania is eyeing finance, innovation, internal security or energy portfolios in the new Commission. Meanwhile the government's critics claim it is taking too long to nominate a candidate and Lithuania might lose the opportunity to secure an influential position in the EC.

Under the law, Lithuania's candidate is to be nominated by the government and approved by the president and the parliament.