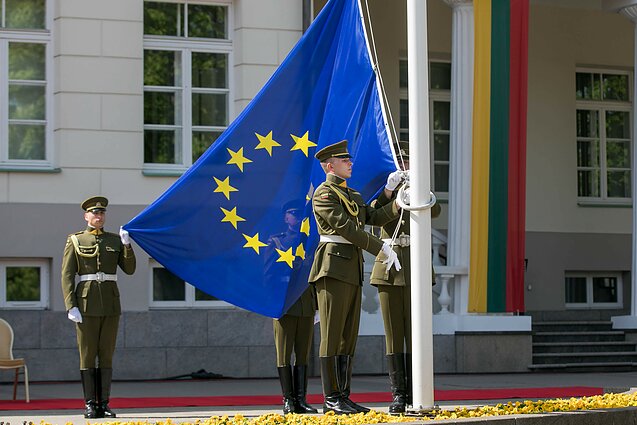 EU flag being hoisted outside the President's Palace / J. Stacevičius/LRT

Lithuania would receive a better portfolio in the next European Commission if it nominated a woman candidate, according to a spokesman for President Gitanas Nausėda.

“In our opinion, this [nomination of a woman] would increase Lithuania's chance of securing a valuable portfolio in the European Commission,” Aistis Zabarauskas told reporters on Wednesday.

According to media reports, incoming European Commission President Ursula von der Leyen has sent a letter to the president, calling on Lithuania to propose a female candidate for European commissioner.

Zabarauskas said the government should propose a candidate next week.

The ruling Lithuanian Farmers and Greens Union has already proposed Economy and Innovation Minister Virginijus Sinkevičius for the position, but Zabarauskas said that “consultations are not limited to only one name”.

Ramūnas Karbauskis, the ruling party's leader, said on Wednesday that Lithuania was not considering delegating a woman to the new Commission, but Skvernelis told reporters later in the day that both male and female candidates were being discussed.

Under the law, Lithuania's candidate is to be nominated by the government and approved by the president and the parliament.

The term of Vytenis Andriukaitis, the European Commission's Lithuanian member in charge of health and food safety, will end next fall. 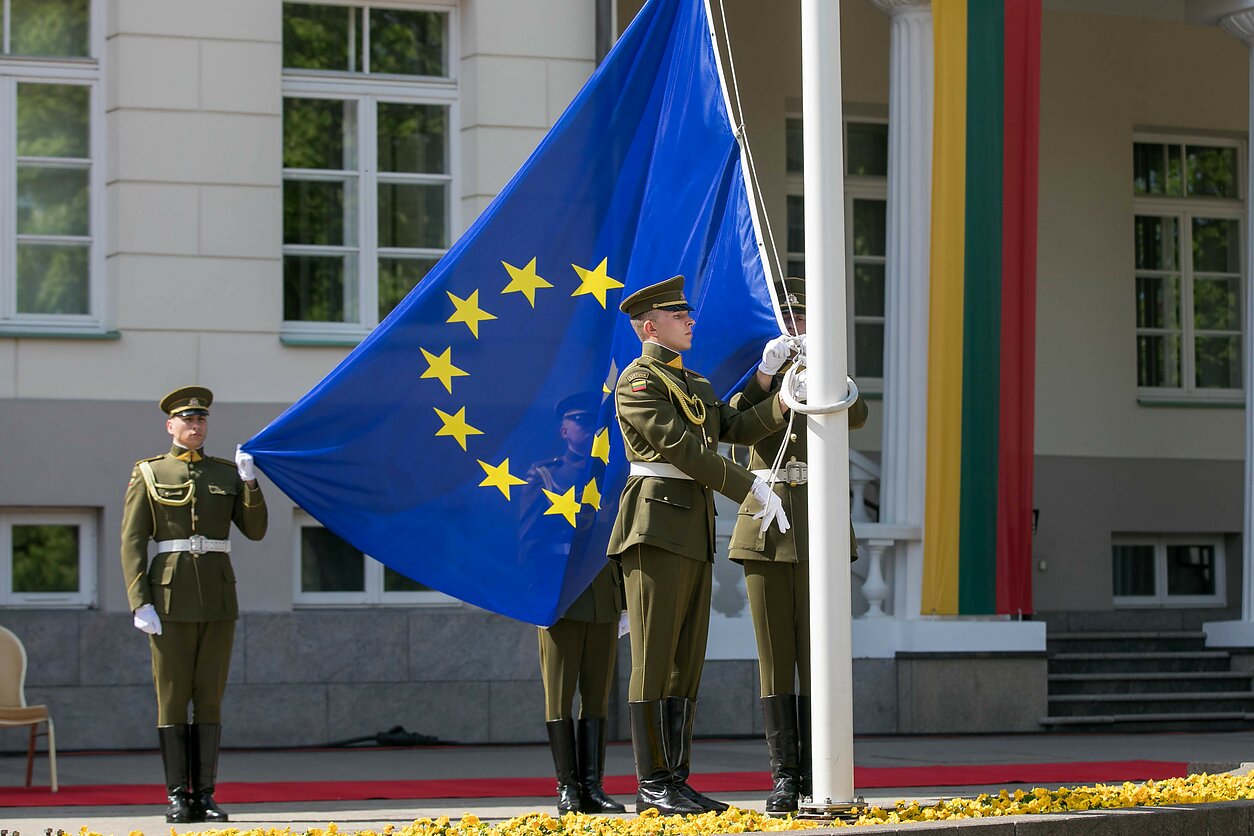 EU flag being hoisted outside the President's Palace
1 / 1J. Stacevičius/LRT