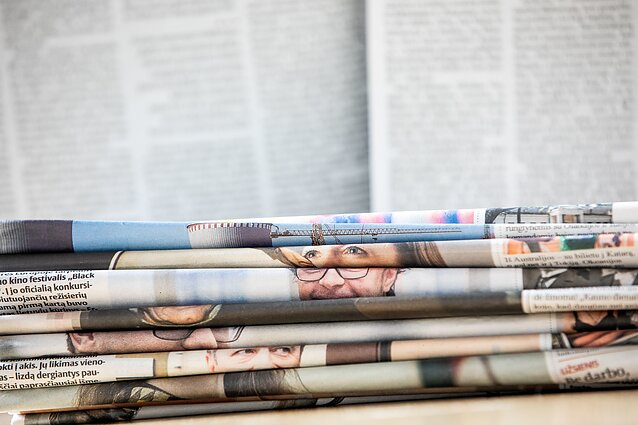 The Seimas Committee on Culture, led by the head of Lithuania’s ruling party, has proposed to create a new, better financed support fund for the Lithuanian media. In exchange, only the Lithuanian government will be in charge.

The current Press, Radio and Television Support Fund (SRTRF), established in 1996, uses its €2.75m yearly budget to support the creation of non-commercial cultural and educational content and its dissemination in the Lithuanian media.

According to the law amendments registered in Seimas several weeks ago, the government will withdraw from the old fund, and create a new media support fund with twice the budget. Its only initiator and stakeholder will be the government, as opposed to the 19 cultural and media associations of the current SRTRF .

The project initiators claim the new fund model will revitalise the Lithuanian media landscape. However, part of the working group members are convinced that the Ministry of Culture is trying to control the media.

“There is a political will to have more control, especially since [it was openly] declared so,” said Dr Arnas Paliukėnas, head of the Lithuanian Lawyers’ Society.

The attempt to have more control over the media was also confirmed in the explanatory annex attached to the bill. By controlling the division of funds and having largely loyal members on the board, the government can therefore control the media itself.

“The government is being sneaky, by saying – let us control the fund and you will have more money,” said the head of Lithuania’s Journalist Union Dainius Radzevičius.

“It wouldn’t strengthen independence and self-management, which in principal was the basis for the Law on Public Information, but be a step back to where those in power – not even the state – but those in power as an institution, would have some special powers to control how funds for independent media projects are allocated,” he said.

However, Aistė Žilinskienė, the head of the Online Media Association, says that neither the government, nor the Ministry of Culture will have any levers to influence the decisions of the new support fund.

“The funds will be distributed by a completely independent council, appointed from different organisations. This isn’t a mechanism where someone could create pressure,” she said.

Committees in Seimas are currently looking at the creation of the new fund, while the law amendments will reach Seimas in the upcoming autumn session. If passed, the fund is due to be established before the end of 2020.