Shrodinger’s President: how Nausėda is both for and against rule of law – opinion 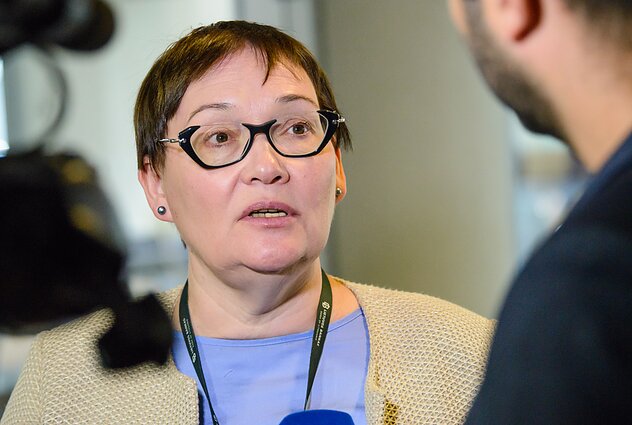 During his first presidential visit in Poland, the newly elected Lithuanian President Gitanas Nausėda announced that Vilnius will support Warsaw in its rule-of-law conflict with the EU, writes Lithuanian MEP Aušra Maldeikienė.

This public proclamation has received remarkably limited critical exposure in the news media both in Lithuania and abroad, especially considering the fact that this is one of the most sensitive and widely-debated topics in the EU.

Such practice is questionable in itself, but also within the context of the Lithuanian Constitution.

At no point during the presidential campaign did the current president of Lithuania suggest that he supported the eradication of one of the pillars of liberal democracy. It would seem rather dishonest of the president to forget to mention in his campaign the fact that he intended to publicly support an attack on one of the fundamental blocks of a modern European nation state.

Finally, it is difficult to comprehend how Nausėda can reconcile his public support for Poland with his also publicly expressed support for the new president of the European Commission, Ursula von Der Leyen, who has on many occasions emphasized the uncompromising importance of the rule of law for the EU.

It’s not clear whether the Lithuanian president has difficulties comprehending the gravity of his own statements, or if he expected that the obvious contradiction, hidden in plain sight, will simply be overlooked.

Such actions inevitably push Lithuania closer towards the Visegrad group and, sadly, a much looser interpretation of the principles that have been the beacon of liberal democracy in Europe.

# Opinion# Politics# Baltics and the EU