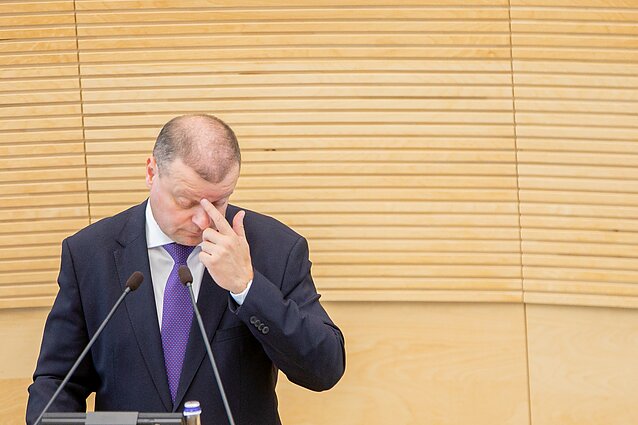 Lithuanian Prime Minister Saulius Skvernelis says the Lithuanian Farmers and Greens Union's (LVŽS) decision to propose Economy and Innovation Minister Virginijus Sinkevičius as the country's candidate to be a member of the next European Commission was not coordinated with him.

"The political group often manages to make its own internal one or the other decision which is not public, but now it has become public. It was news for me," the prime minister told journalists at the Lithuanian parlimanet, Seimas, on Thursday.

Earlier in the day, the LVŽS leader Ramūnas Karbauskis announced the decision by the party's political group and added that one of the EC portfolios offered to Lithuania is that related to innovation.

According to LVŽS, Lithuania's position on the preferred portfolio "is not clear yet" but the LVŽS "expressed its political will" by proposing Sinkevičius.

Skvernelis says it's not clear yet which EU commissioner portfolio Lithuania will get.

The Lithuanian government will nominate its candidate upon approval of the president and Seimas.