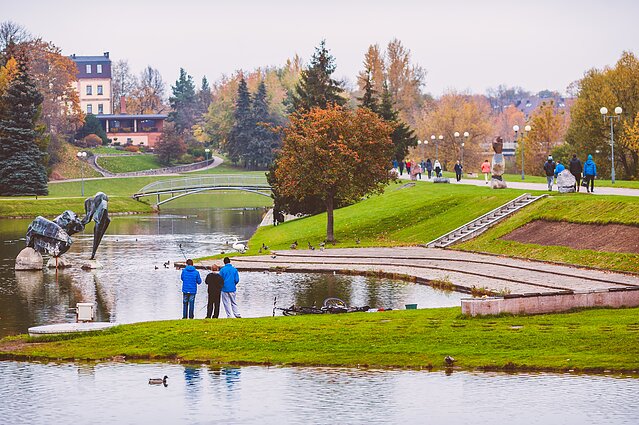 A fountain in the central part of Penevėžys, a town in northern Lithuania, stood for twenty years, but what remains of it now is a pile of concrete and rubble. A new fountain will be built on the site soon, but a mystery remains – what happened to a time capsule buried two decades ago?

The town's Vitalijus Satkevičius took upon himself to solve the case. “I guess it could contain writings about what was topical in Panevėžys at the time, the town's life, aspirations for the future,” he says. “I think it is a piece of our history.”

Workers who dug up the old fountain claim they did not find the capsule. The problem is that when it was placed there, no one took care to document its exact location contents.

Satkevičius has been sifting through archive photos and documents and has been interviewing fellow politicians who were around two decades ago.

Not all of them take his efforts seriously. Valdemaras Jakštas, Panevėžys deputy mayor, compares the endeavor with games by children who would bury a cache of knick-knacks under a piece of glass and afterwards look for it. 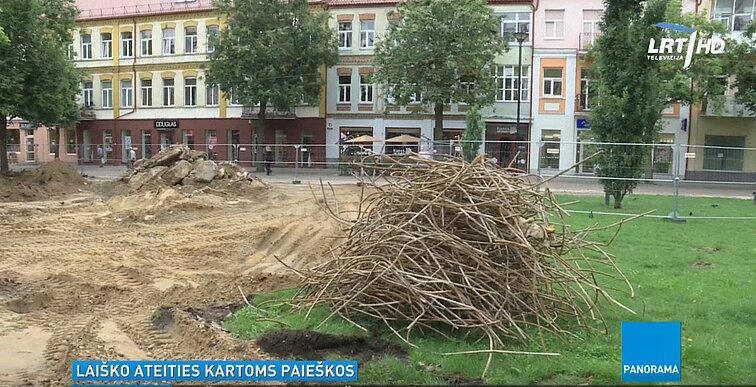 The site of the fountain / LRT TV

“We buried [the time capsule] twenty years ago, now we can't find it – it may be for the better. It will be discovered by those for whom it is intended, people of future generations,” he says.

There are plans to place a new time capsule under the new fountain, too, but Statkevičius is eager to locate the old one before that happens.

“Will I have to take a shovel and go dig it up myself?” he asks, exasperatedly. “They'll tell me I'm interfering with the works. I am not the kind of person to obstruct other people's work. I am looking for history.”

Jūratė Gaidelienė, a local museum worker, thinks twenty years is too short a time for ‘history’, and says the authors of the time capsule should have done a better job.

“Those behind this initiative should have documented where exactly the capsule was placed and how it looked, how big it was,” Gaidelienė says. “Time passes and we can't find things in our own closets after a short while.”

The most popular theory about the whereabouts of the mysterious capsule is that it may have been dug up by construction workers who failed to appreciate what it was and threw it away with rubble.

If the time capsule is discovered, it will be placed in the Panevėžys Local Lore Museum. 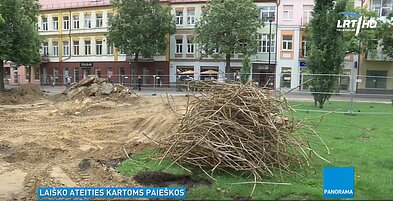