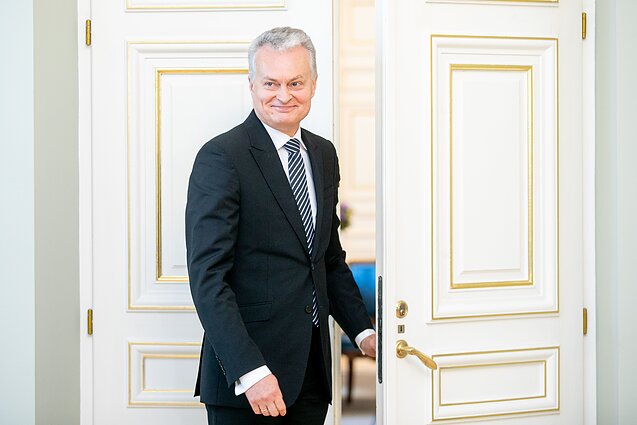 Lithuanian President Gitanas Nauseda tops the popularity rating in the country, according to the latest survey by Vilmorus for the Lietuvos Rytas daily, published on Saturday.

It shows 73.7 percent of those surveyed had a positive opinion about Nauseda in July, compared to 64.7 percent in June.

"The negative assessment stands at only 5.2 percent, which is a very good result. President Nausėda had a very similar rating as Valdas Adamkus had in 1998," Vladas Gaidys, head of Vilmorus, a public opinion and market research center, told BNS.

63.2 percent had a positive opinion about former President Dalia Grybauskaitė during her last days in the office.