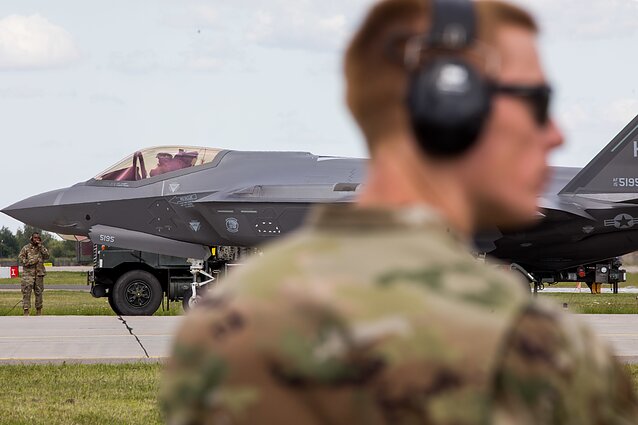 The exercises "send a strong signal that the US is ready to respond [...] and contribute to the defence of the Baltic states if necessary," acting Minister of National Defence Raimundas Karoblis said in a press release.

The 5th generation aircraft series is the most expensive procurement program in US history, but have been marred in delays and cost overruns.

Visits by US stealth aircraft are usually meant to send a signal of deterrence, and a demonstration of key US capabilities to potential adversaries, in often, tense moments.

The jets staged a fly-by over military and media observers, before landing for fuel resupplies.

The United Kingdom the Netherlands, Australia, Norway, Denmark, Canada, Israel, Japan, South Korea and Belgium have also acquire these jets, with Singapore and Poland announcing earlier this year to buy them.

Turkey also wanted to acquire F-35s, but the US rejected its request after Ankara decided to buy an S-400 air defense system from Russia.

The F-35 jets arriving in Lithuania, according to Col. Terry, were serviced by very small crews that could also undertake the same work not only in an air field, but also in any civilian airfield, or even on a motorway.

"Whereever we can land the plane, we can create air power there," said Col. Terry.

These exercises, according to him, show that NATO is able to redeploy its power to any location, allowing quick reaction to any potential threat.

"This isn't a demonstration of power, because we don't need to demonstrate anything – we know that we're the strongest alliance in the world, and we have the biggest air power," said Col. Terry.

Lithuanian Air Force commander, Col. Dainius Guzas, stresses that the arrival of F-35 allows Lithuanian troops to learn how to work with the most advanced technologies. "Together with the most modern jets landing in our air base [...] our soldiers work in parallel" to the allies, he said. 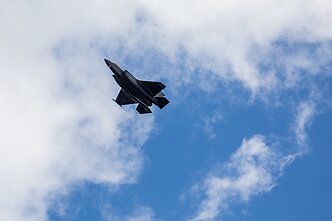 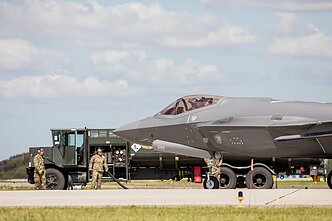 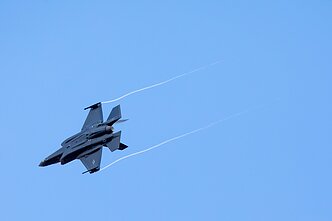 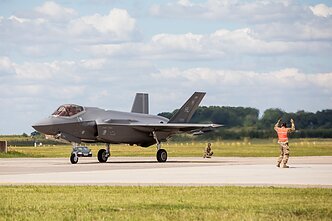 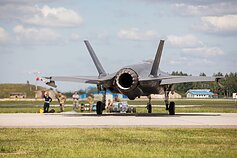 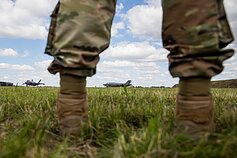 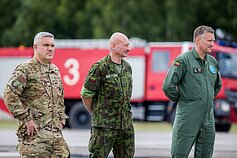