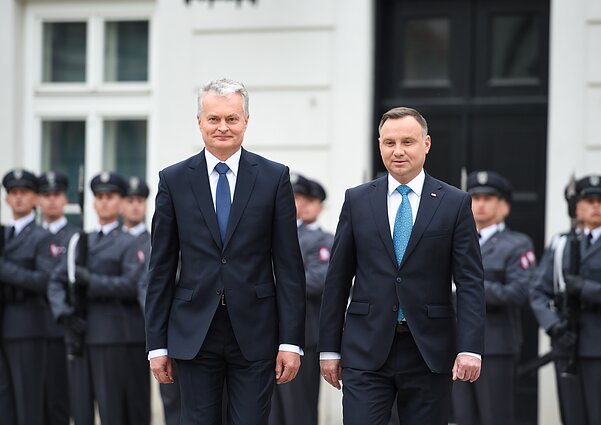 Lithuanian President Gitanas Nausėda and his Polish counterpart Andrzej Duda met on Tuesday during the Lithuanian leaders first official visit to Warsaw. In a joint press conference, Duda made reassurances about Lithuania's security, while Nausėda hinted that Warsaw could count on Vilnius' support in its dispute with Brussels over the rule of law.

Nausėda said he was against proposals for the European Union to slam sanctions on Poland over its judicial reforms which, critics say, compromise judicial independence.

Last month, the European Court of Justice ruled that Poland violated the independence of its courts and EU law when it lowered the age of retirement for its Supreme Court judges.

Warsaw maintains that the reform is aimed at combatting corruption and overhauling its judicial system which the government says needs to be purged of communist-era legacy.

“Yes, the decision was deemed unlawful by the European Community, therefore, this law has already been suspended, which means that the Polish side responds and the Polish side is ready to cooperate,” the Lithuanian president said.

He did not answered directly when asked by BNS how Lithuania would vote, if EU members were to decide on imposing sanctions.

During Nausėda's predecessor Dalia Grybauskaitė's presidency, Lithuanian diplomats said they would abstain in an EU vote on sanctions on Poland.

The Polish government suspended the law on lowering the retirement age for Supreme Court judges last year, responding to the EUCJ ruling.

If the European Commission concludes that Poland has failed to implement the court ruling, the country might face a new case and a fine.

Warsaw and Brussels have been embroiled in the legal battle since 2016 when the judicial system overhaul was launched. 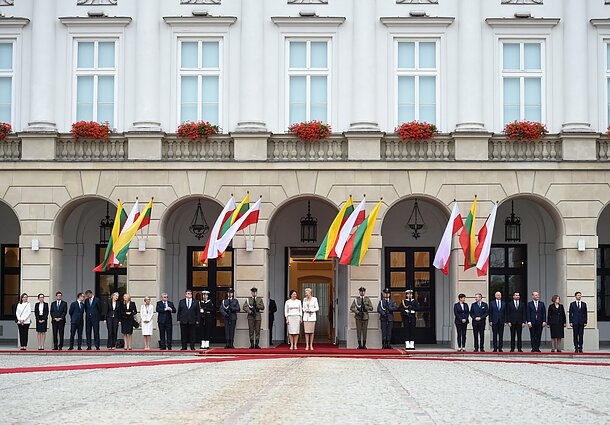 US troops ‘bolster’ security throughout region

Meanwhile Duda spoke about Poland's role in ensuring Lithuania's defence. The additional US troops in Poland will contribute to the security of the whole region, the Polish president told Nausėda.

“It's all happening to bolster regional security, including Lithuania's security. I have assured Mr. President that this is how we view it,” Duda told the joint press conference.

Around 5,000 US troops are now deployed on a rotational basis with NATO forces in Poland. And US President Donald Trump announced plans last month to move 1,000 more troops to Poland from Germany.

Poland, in exchange, has vowed to build necessary facilities for the troops and its command.

“We are paying a lot of attention to this, and we find Lithuania's security especially important and we look at our situation from that perspective,” the Polish president said.

Currently, US troops regularly come to Lithuania from Poland for training.

Poland's support is very important for Lithuania to bolster air defence and ensure the protection of its border region, the so-called Suwalki Corridor wedged between Russia's Kaliningrad and Belarus.

Nausėda, a former banker, has also extended an invitation to Polish banks to open branches in Lithuania, saying that the country would benefit from increased competition in the its banking sector.

“I have invited, and Mr. President [Duda] promised to hand over our invitation to Polish banks to enter the Lithuanian market, as increased competition to the existing three-four major market players would be beneficial for Lithuanian people, Lithuanian consumers,” Nausėda said. 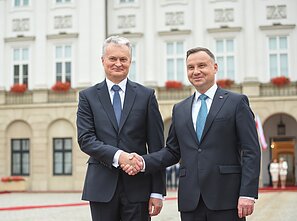 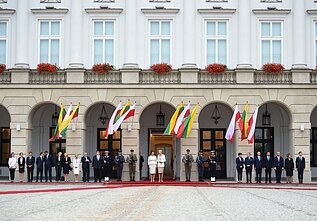 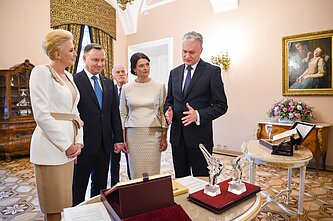 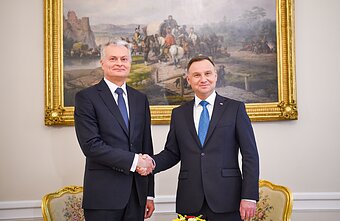 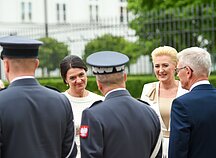 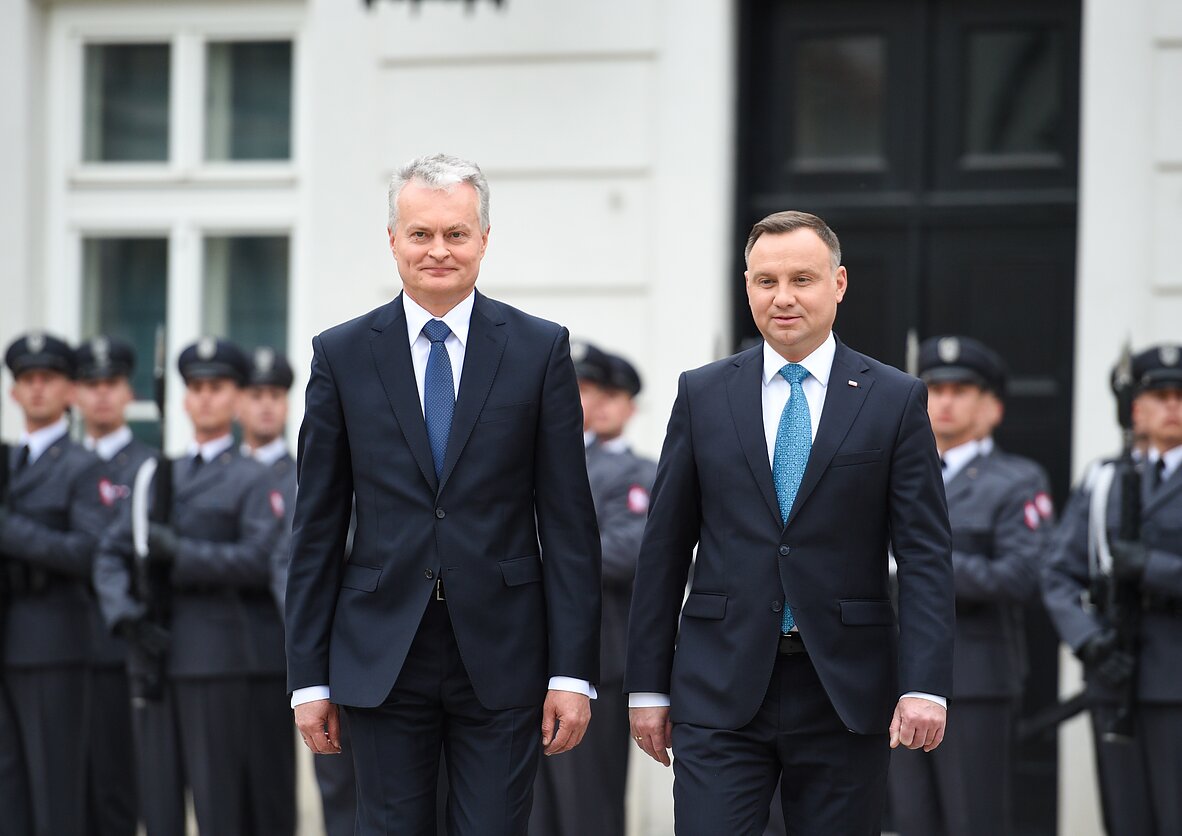 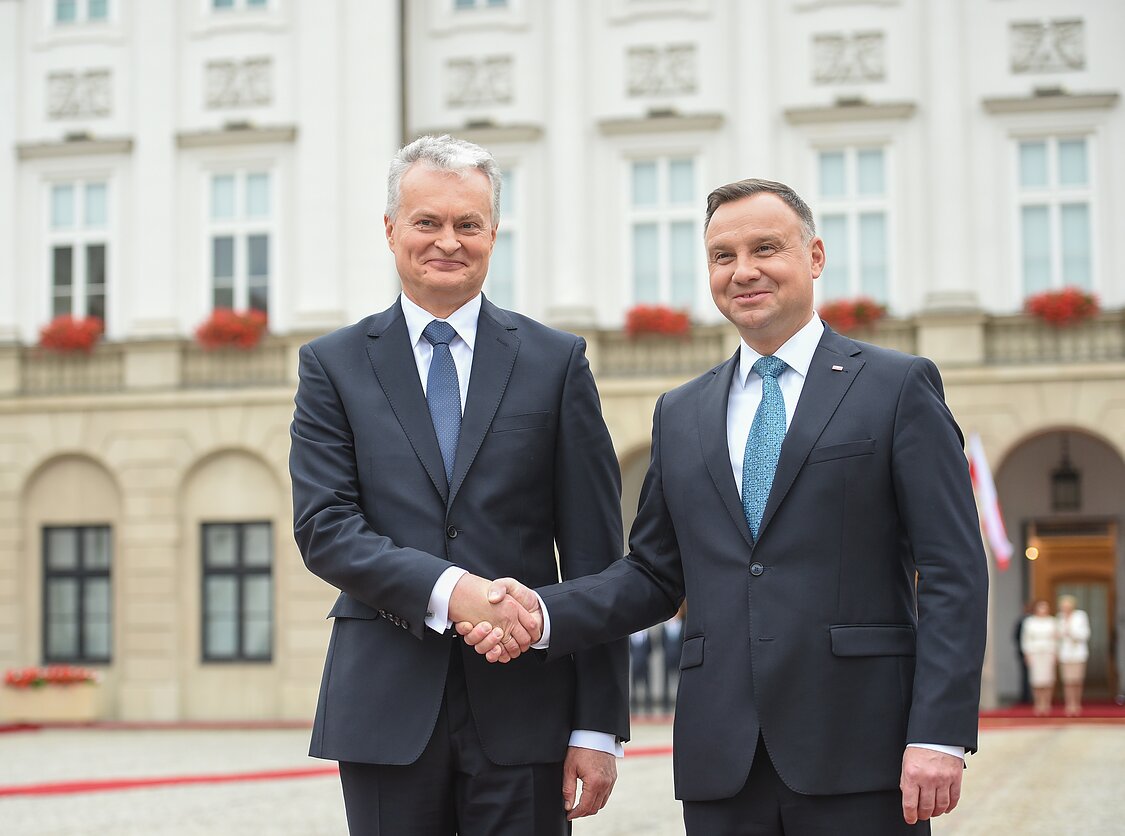 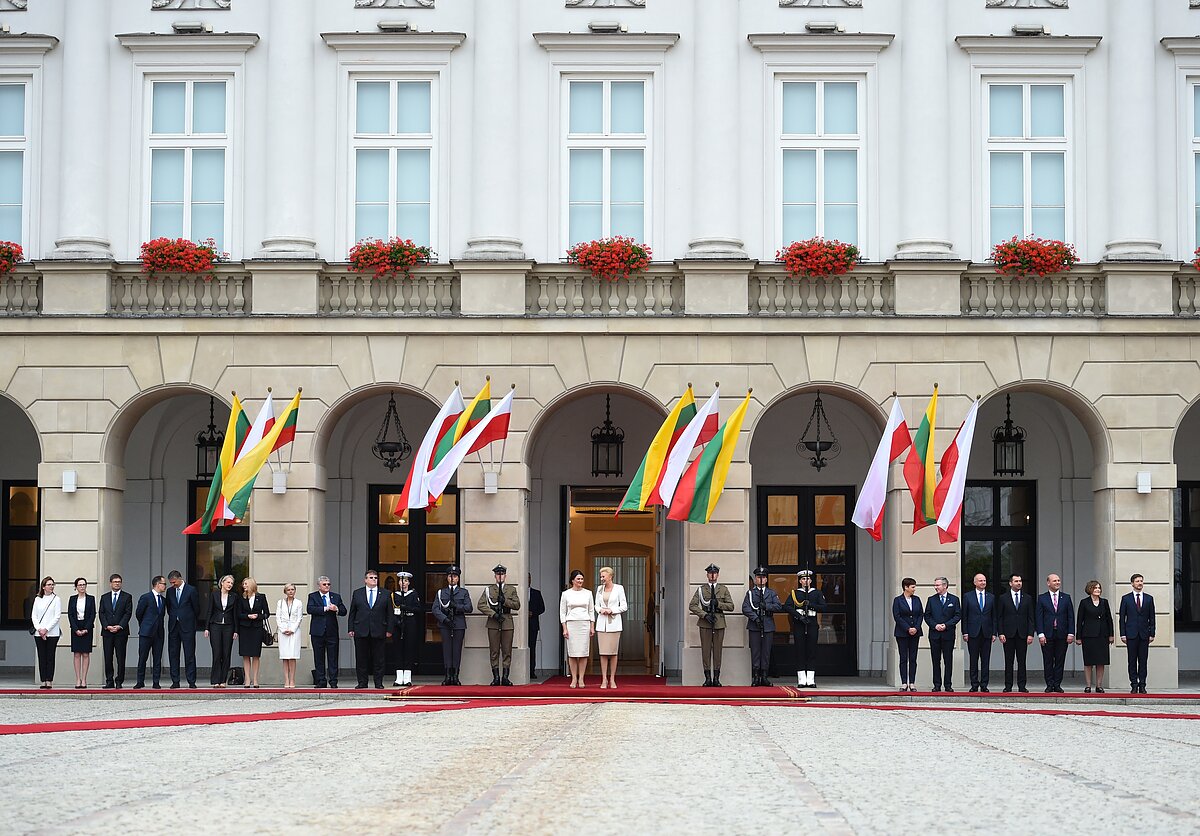 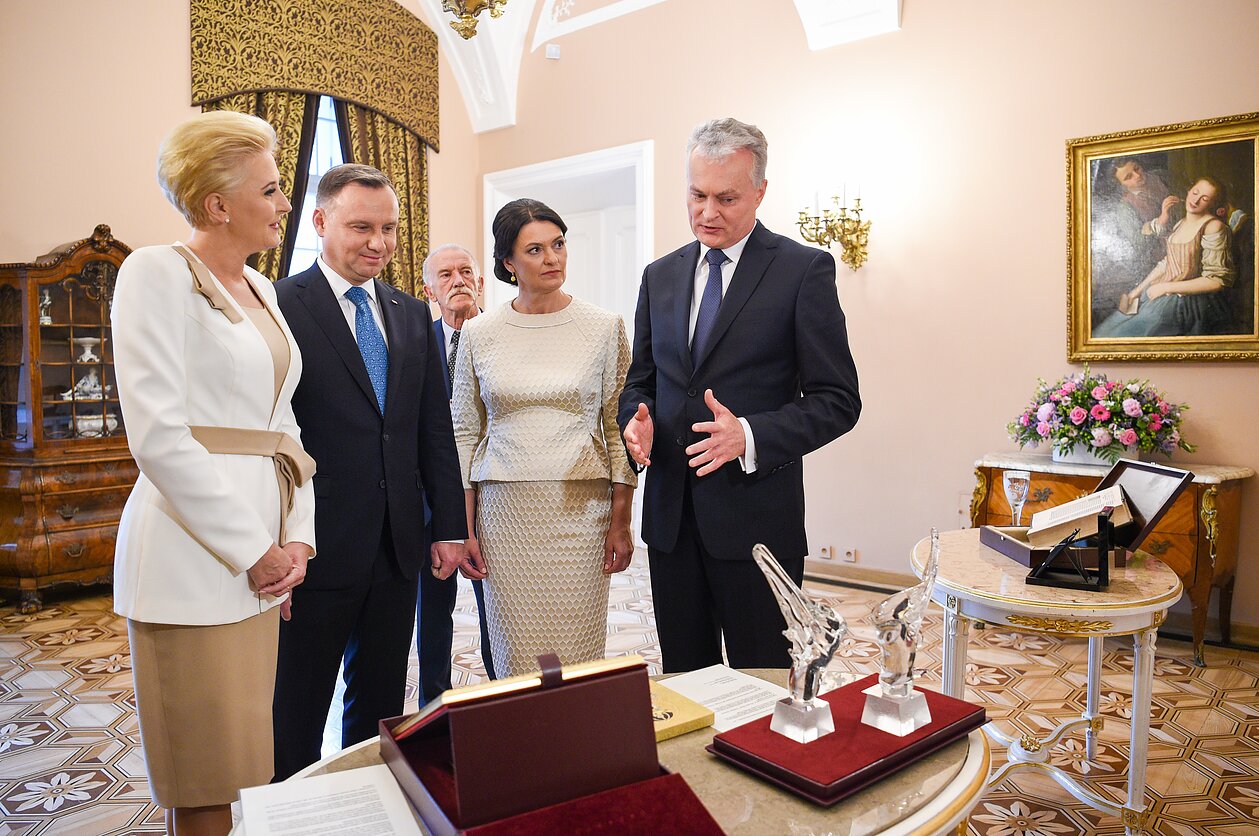 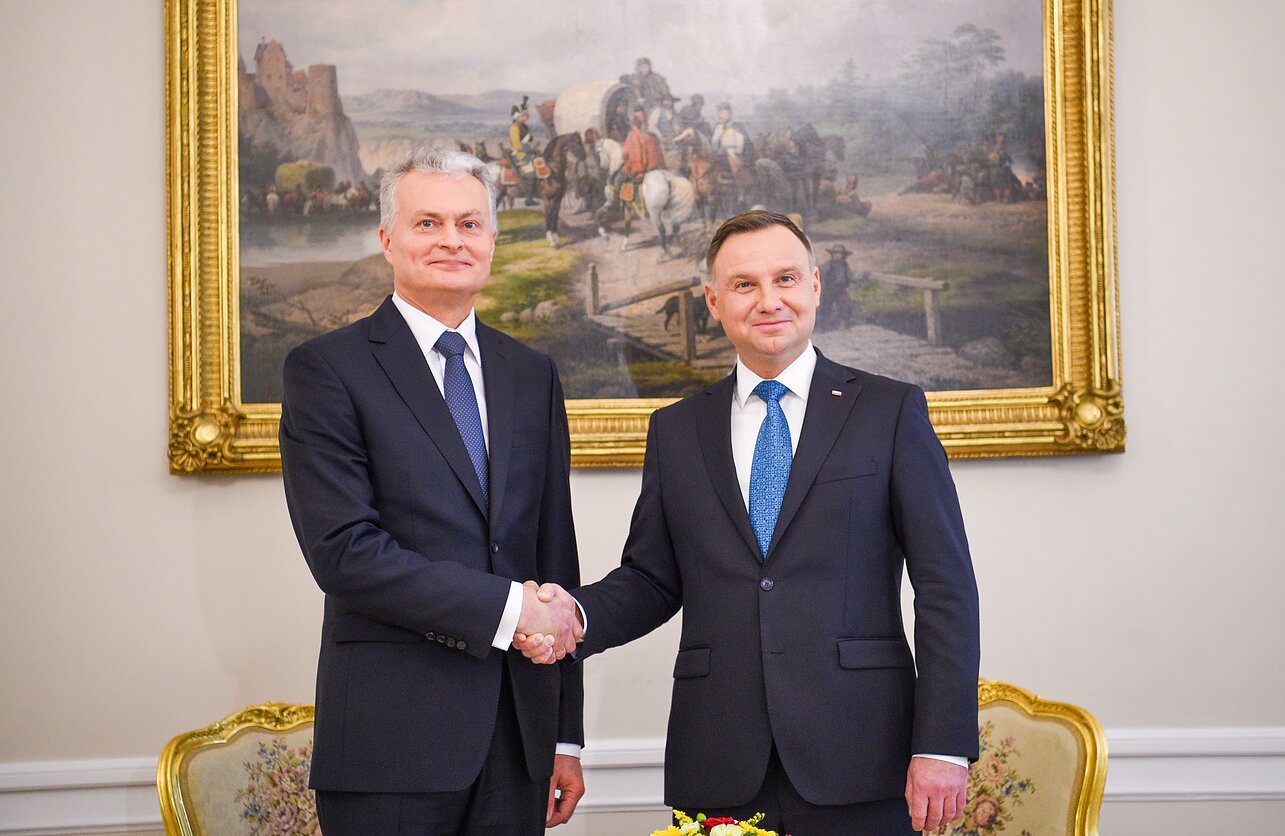 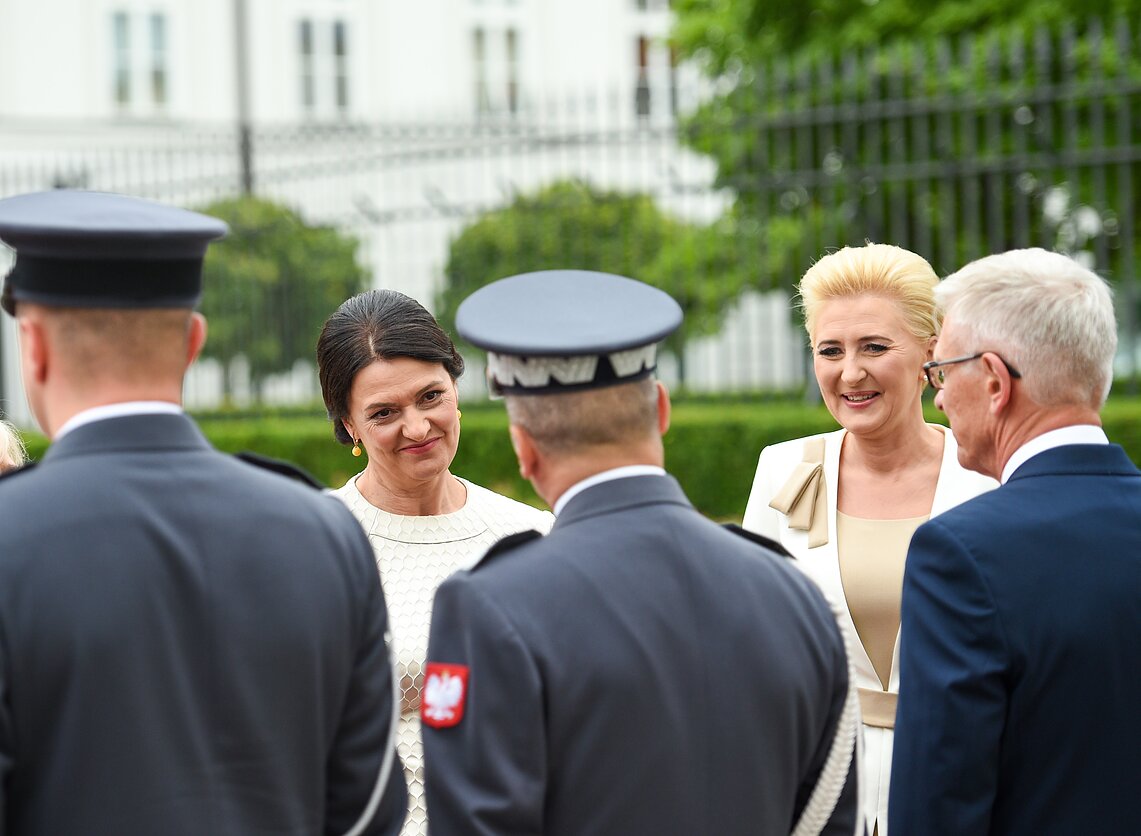