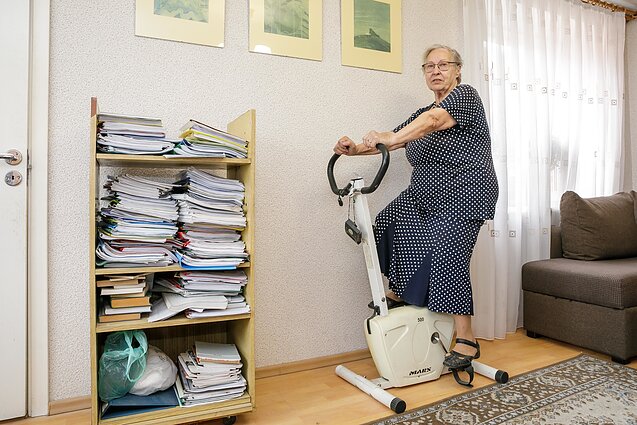 Having spent decades living in Cuba, Janina Stanaitienė – a 77-year-old Lithuanian woman – has decided to embark on a “new youth,” to enroll in Vilnius University and replace her Cuban diploma she received while working as a translator on the island in the 1980s.

Stanaitienė picked up Spanish when she lived in Cuba with her children and a husband who himself worked as a translator.

“My husband was a diplomatic worker – a translator. And as a family member, I was allowed to attend Spanish-language classes,” she says.

However, they were prohibited from forming close contacts with local Cubans. Instead, she spent most of her time with other diplomatic workers.

“We travelled together, saw the whole of Cuba,” she says, “but I had two children and they got to befriend Cuban kids. They wanted to be their friends, because they could eat at our home.” 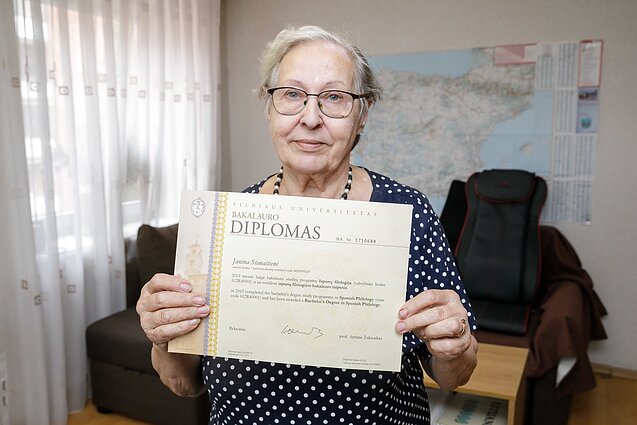 Cuban children ended up coming to their house daily and Stanaitienė would make Lithuanian food – potato pancakes, crepes with cheese.

Later she began working as a translator herself, which meant she could spend more time among Cubans.

“I attended a school for three years and received a diploma. I used to ask myself, jokingly, what would I use it for? Hang it on the wall to show it off to everyone?”

Stanaitienė says she wanted to have a Lithuanian diploma, even though, after she returned home, “no one criticized the one I received in Cuba, didn’t even ask to translate it”.

Only five years ago, Vilnius University launched a Spanish studies programme, which made Stanaitienė decide to study. Unfortunately, she missed the entry exams during the first year, because she was travelling in Spain.

After spending five years in Spain, Stanaitienė says she doesn’t feel like travelling anymore in her age.

“I decided it was enough to trot the globe when I reached 70,” she smiles. “When I was young, 70 seemed like a very scary age. But I enrolled at Vilnius University where another youth began." 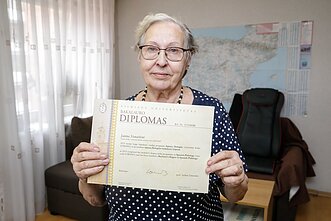