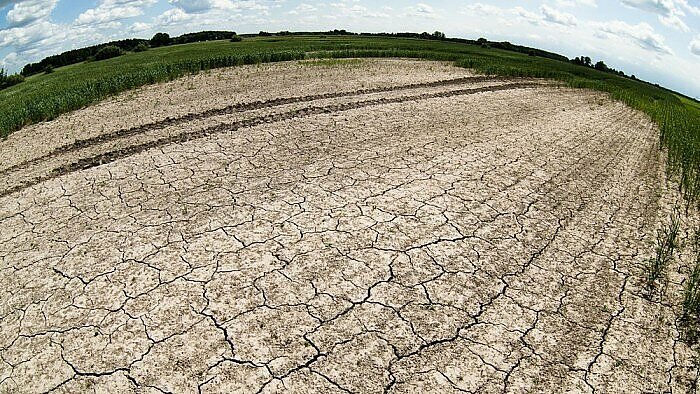 Drought over the past several months has inflicted damages to the Lithuanian farmers, and according to the Agriculture Minister Giedrius Surplus, the price on bread and baked goods could rise.

Kęstutis Nesavas, owner of a bakery in Šiauliai, northern Lithuania, said that “when the flour price increases by 5-10 cents, it seems like it isn’t much, but when we pay in tonnes,” it makes a difference.

According to Nesavas, “if we can’t make do, we will have to raise the price of bread”.

The bakery also buys flour from Latvia, a mere 60 kilometers away, where the yield is projected to be record high.

Yield estimates “in Russia are getting better, in Ukraine also. Big part of the European Union is suffering from drought, but in eastern countries you can’t see any major changes,” said Albertas Gapšys, head of the Lithuanian Institute of Agrarian Economics.

“We are an exporting nation, which means Lithuania grows more than it consumes, which means that the 10 percent different for the internal market shouldn’t have any effect,” said Remigijus Veikalas, the acting director of a major grain exporter, Kauno Grūdai.

However, Agriculture Minister Surplys is cautious, and says the prices could still go up.

“In a loaf of bread, the [raw material] price makes up only 16 percent” of the overall value, “therefore, we shouldn’t expect big fluctuations in price, but it’s a fact, that when a supply decreases, the price will go up,” he said.

However, small increases in price will not offset the damage inflicted by the drought to the Lithuanian farmers, according to Albertas Gapšys, the head of the Lithuanian Institute of Agrarian Economics.

Lithuania has declared a state of emergency due to the drought. Government may still decide to compensate farmers’ losses.