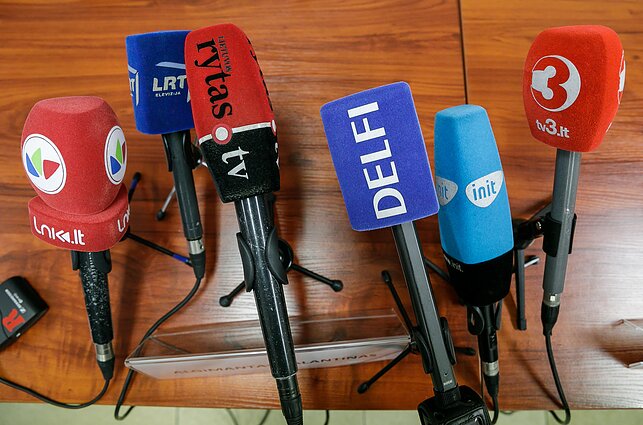 The Radio and Television Commission of Lithuania on Wednesday greenlighted the sale of the country's Lietuvos Rytas TV channel, part of the Lietuvos Rytas media group, to Singing Fish, a company owned by producer Povilas Skaisgirys.

The new owner does not plan any major management changes yet, but vows to cut back on Russian series and will also look into why the company is in the red.

Skaisgirys told BNS he has no plans to replace the TV channels' CEO Audrius Siaurusevičius, its program director or the board.

"We will reduce Russian content and will try to include more Lithuanian" material, he told BNS, also voicing plans to look carefully into the loss-making TV channel's expenditure.

The Lithuanian Radio and Television Commission previously said that Lietuvos Rytas TV and BTV air the largest share of Russian content in the country.

Skaisgirys said he expects the deal to be completed over the next few weeks, without disclosing its value.

Big Group, owned by Benas Gudelis, has a 36 percent stake in the Lietuvos Rytas group, Gedvydas Vainauskas own 26 percent and Vidmantas Strimaitis has a 13 percent share, with the remaining shares owned by minority shareholders.