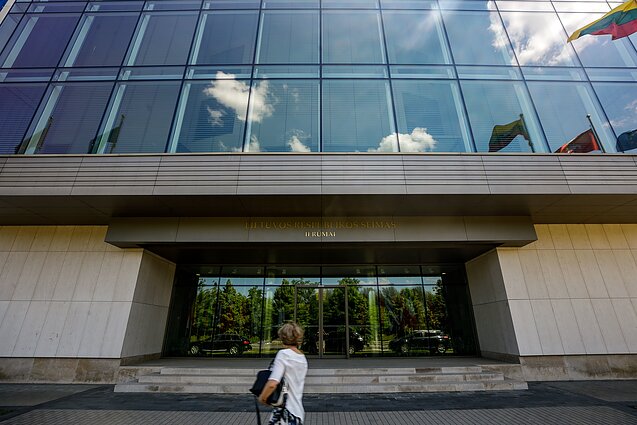 Seimas is considering law changes that would make municipalities reveal how much they spend on promotion, and subsequently, clearly mark PR material as sponsored content.

“There are municipalities in Lithuania [...] that should have independence, but are drawn into schemes to promote politicians,” conservatives’ MP Radvilė Morkūnaitė-Mikulėnienė, the project initiator, told LRT.lt.

The law amendments initiated by the Seimas opposition MP would also commit local municipalities and its controlled companies to publish information on funds used for public relations and information.

MP Morkūnaitė-Mikulėnienė said the law changes would ensure public information sponsored by the state and municipal institutions and its companies would be clearly marked as sponsored content.

Political ads in the media are noticeable, she said, but traces of such content are also found in information shared by municipality-controlled companies.

The law, according to the MP, would not only help reveal links between state representatives and the media, but would also help understand where the taxpayers' money is being spent.

Sergejus Muravjovas, head of the Transparency International chapter in Lithuania, said “that based on our experience, such data can help judge the work of politicians and the media much more clearly”.

However, Muravjovas said the law should go even further, and all data on the links between municipalities, its firms and the media should be more accessible, and periodically stored in a single place.