Over half of Lithuanian pensioners are starving, association of elderly says 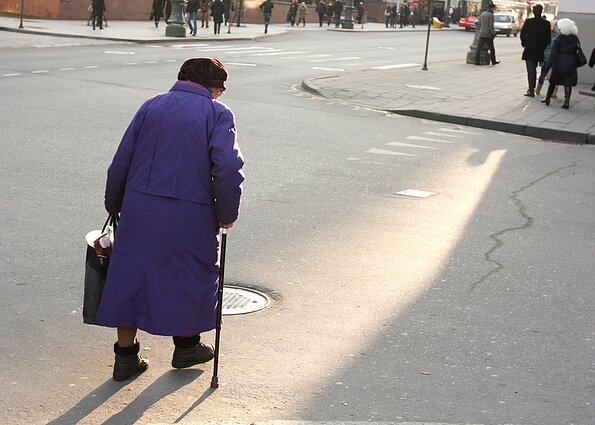 Over 60 percent of Lithuanian Association of Elderly People (LPŽA) members are starving, according to the director Grasilda Makaravičienė, and many can’t spend more than 100 euros per month on food.

In an interview with LRT.lt, she says pensioners in Lithuania are often left alone by emmigrating family members, or suffer abuse at the hands of their children.

Yet, even though the association usually deals with pensioners in poverty, or those who lost all hope – the majority of its members are active people.

Some have even fallen in love after meeting each other during events hosted by LPŽA and have started new families, she says.

“They meet people their age, have conversation, dance, and more than a few have even started new families; they are lonely in old age,” says Makaravičienė.

In light of Lithuania’s emigration crisis, new technologies are allowing to stay in touch with children and grandchildren daily, but according to her, it’s no use when the elderly can’t even go to the shops by themselves.

The situation in villages is even worse, as there is often a lack of public transport.

After being the association’s director for more than 15 years, Makaravičienė says the organization has more than 60,000 members. The goal is to make sure people are not feeling lonely.

“Our people are used to wars, revolutions. They know how to live in any situation, but it’s very important for them to have human interactions,” she says.

LPŽA offers legal support, which is usually unaffordable to pensioners, she says. Unfortunately, there are many cases where children are abusive towards their old-age parents.

“When a person has lost all hope and doesn’t know what to do, that’s when he or she starts looking for organizations such as ours,” says Makaravičienė.