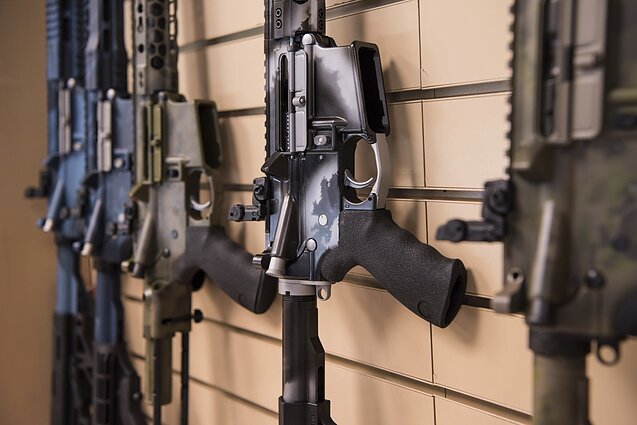 Lithuanian parliament, Seimas, on Tuesday decided to reconsider the law on having guns during wartime, following President Dalia Grybauskaitė's veto earlier this month.

The president vetoed the law which, in her opinion, might restrict citizens' rights to have guns during an emergency situation or wartime.

Živilė Šatūnienė, advisor to the president, told lawmakers today that such legal regulation creates pre-conditions for taking guns and ammunition from all of their lawful owners. According to her, this limits the possibility of resistance to a potential aggressor.

Adopted by Seimas, the law stated that guns and ammunitions could be temporarily taken or commandeered pursuant to the procedures and conditions defined by the laws on emergency situation and martial law.

The president proposes leaving guns and ammunition to their lawful owners in cases of a state of emergency or martial law or mobilization. They would only be temporarily taken or commandeered in exceptional cases when guns and ammunition are needed for the Lithuanian armed forces, or if there are grounds to believe they might be used for criminal activity.

The presidential proposal to reconsider the provision was backed by 55 lawmakers, and almost 30 MPs proposed to deem the law non-adopted.

The bill is designed to transfer into national law a European directive initiated in response to terror attacks in Europe.