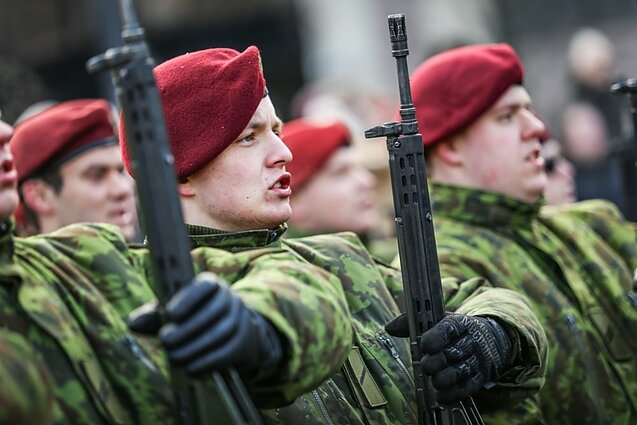 Previous decision also allowed volunteers currently serving in the part-time defence force to run for municipal elections. There is an ongoing constitutional debate in Lithuania whether volunteers can both serve in the military, and also be elected politicians.

However, Judita Nagienė from the Ministry of Defence judicial department director previously told reporters that volunteers are considered to be doing ‘actual’ military service under current laws.

But on Monday, VRK accepted the proposal to allow KASP soldiers to be to take part in parliamentary elections.

In the sitting, the Lithuanian parliament, Seimas, was asked to define laws concerning servicemen and women participation in the parliamentary election.