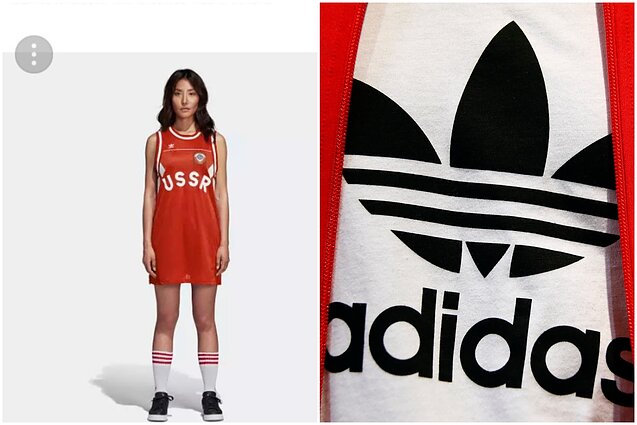 The request comes in response to a picture on social media of the window of one of the Adidas stores in London, featuring a model with a women's red tank dress with USSR and a Soviet emblem.

"Respectable corporations must consider facts of history, respect the memory of victims and abstain from fueling imperialistic nostalgia and whitewashing crimes committed by the totalitarian regimes," the statement by TS-LKD leader Gabrielius Landsbergis and his deputy Radvilė Morkūnaitė-Mikulėnienė reads.

"It would be incomprehensible if Adidas would produce a Nazi-themed clothing line. I am convinced that there are other ways to celebrate sports achievements, rather than by glorifying a regime responsible for deaths and suffering of millions," the statement reads.

"We […] address you to demonstrate corporate responsibility and to ensure that all Soviet-themed clothing would be removed from all Adidas stores and affiliated retailers," the Lithuanian MPs said.